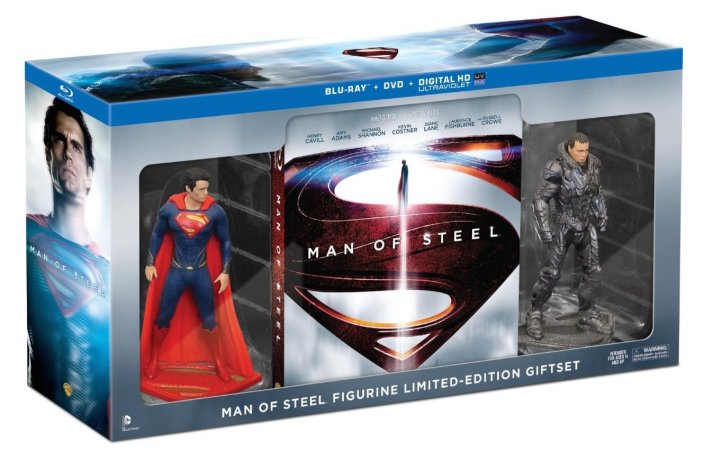 Update (7/25 8:00am):  Today only, Amazon has the Marvel Cinematic Universe: Phase One – Avengers Assembled (10-Disc Limited Edition Six-Movie Collector’s Set) for $129.99 shipped (Reg. $219). That’s the best price ever by $10. Best Buy offers a selection of DVDs/Blu-rays starting at $4.99 each. Titles include: Marvel movies, Rescue Me seasons, Doctor Who, Kill Bill, Harry Potter, and more.

As part of its Blu-ray deal of the week, Amazon offers the Man of Steel Figurine Limited-Edition Giftset for $14.99 with free 2-day shipping for Prime members (free trial). All other buyers will need to spend at least $35 (pad your order w/ deals below) to sidestep shipping costs.

This deal is 75% below list and the best price we have ever seen by a few bucks. In addition to Blu-ray, DVD, and Digital HD copies of the film, you’ll also get a Superman and General Zod “1:16 scale figurines from DC Collectibles…”

More Superhero action from Amazon’s Deal of the Week:

Eric Clapton & Friends – The Breeze (An Appreciation of JJ Cale) is now available to stream for free as an iTunes First Play. It’s scheduled to be released July 29th and the preorder is currently priced at $11.99.