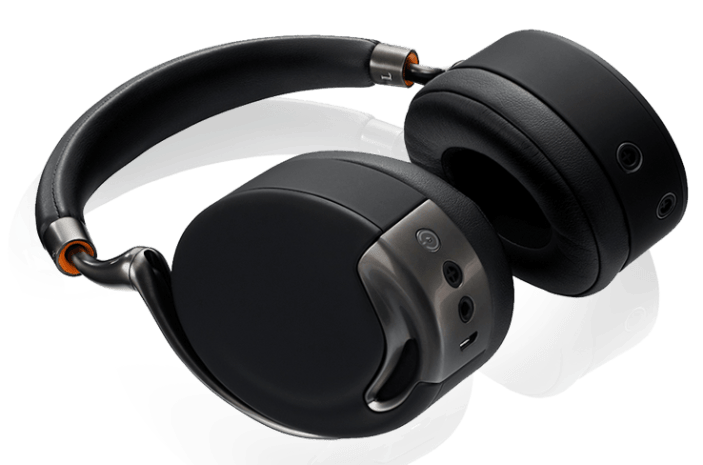 Amazon has the Parrot Zik Wireless Noise Cancelling Headphones with Touch Control in black/gold for $327.61 shipped. That’s more than $72 or 18% under the regular $400 price tag, the best new price we can find from a trusted retailer by $70 and the lowest we’ve seen on a brand new black/gold set. Recently unveiled, be sure to check out the new Parrot Zik 2.0 headphones as well, as the price drop may be a result of those being introduced.

They have received 4/5 stars from over 400 Amazon customers. We also have some other headphone deals available right now like the Sennheiser MM30is for $40 shipped (orig. $80), Beats Tour 2.0 in-ears (multiple colors) for $120 shipped (Reg. $150), and MEElectronics Air-Fi AF52 wireless over-ears for $40 shipped (orig. $120). Also be sure to check out the recently unveiled Parrot Zik 2.0 headphones.

At Parrot we’ve developed new headphones using ground- breaking technology to create a truly immersive sound. The Zik are designed around a powerful processor that spatializes sound and recreates the acoustics of a concert hall. Three months ago, I asked Lou Reed for his opinion. He told me that the headphones were well tuned for classical music but not for rock. And he told me he could help.

So on September 30th, 2013, I travelled to his studio in New York; it would be the last time I would see him. Working alongside his experienced sound engineer as well as Parrot Zik’s acoustic designers, Lou Reed used his personal mastering studio to program the Zik as if he were adjusting the balance for one of his own performances. You can now experience the extraordinary results by using a special control on the Parrot Audio Suite app for iPhone® or Android™. Thank you Lou.

Parrot ZIK is fitted with an ultra-intuitive touch control panel on the right headphone: when connected via Bluetooth, slide your finger vertically to adjust the volume and horizontally to skip to the next track.

Parrot has developed a complete movement recognition algorithm designed to be simple and intuitive for the user.

There are many different types of headphones currently on the market including Over-Ear, In-Ear, On-Ear, and Noise-Canceling. Most headphones connect to an audio source like your iPhone or iPod with a 3.5mm stereo cable, but wireless options including Bluetooth have become more popular over the past few years.