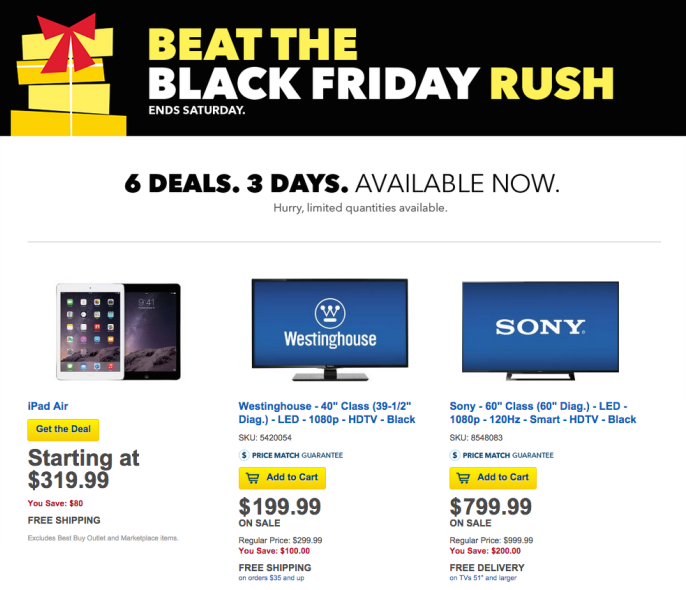 We’re not sure how long these prices will hold so if you’re interested then I would move on the iPad of your choice sooner rather than later.

Note: Best Buy has iPad Air for $80 off, which is obviously less of a discount, but worth noting in case you have gift cards or points to burn.