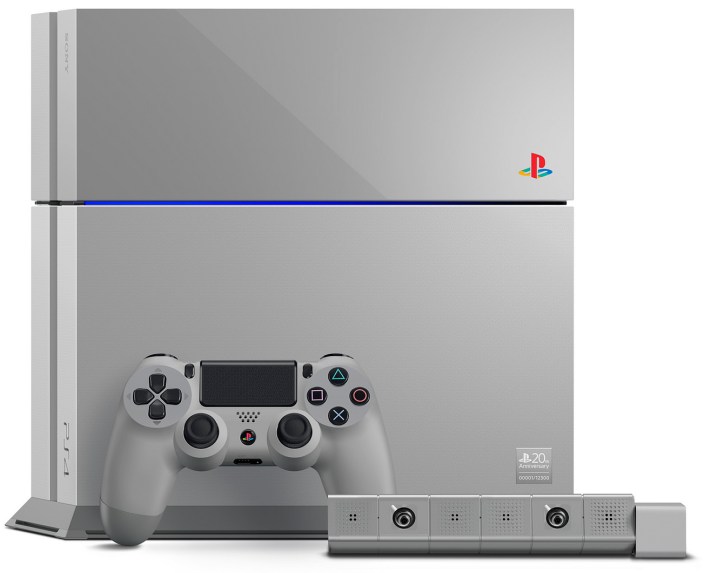 Honestly, it really doesn’t seem like it was that long ago. I remember coming down the stairs and seeing it under the tree. Crazy thing is, my parents didn’t even put wrapping paper on it because they thought I might damage it while opening it up. There it was, every thing that a kid could dream of in the mid-90’s.

Tough to imagine that was 20 years ago, right? The reality is that it was, and you are old. But Sony wants to bring you back, in the most badass way this 26 year old can imagine. This Saturday, Sony will release its limited edition 20th Anniversary PlayStation 4, just seeing the “original gray” paint job is going to bring you back.

It’s got nods to the past, while providing all the technology we want in a current generation console. Those colors, even the classic technicolor PlayStation logo just pops off the console. You just want to play it… the thing is, owning it is the tricky part.

Based on the shots in the video, we’ll only see about 12,300 of these gorgeous pieces of 90’s video gaming heaven come up for sale on Saturday. So the chances of you getting one, especially at retail price, is going to be a pretty tough proposition.

Tough to imagine that many of those will even come out of the box, I would guess we’ll see most of them just kicking it in a glass case somewhere. We all know you want one though, so here are the details straight from Sony: 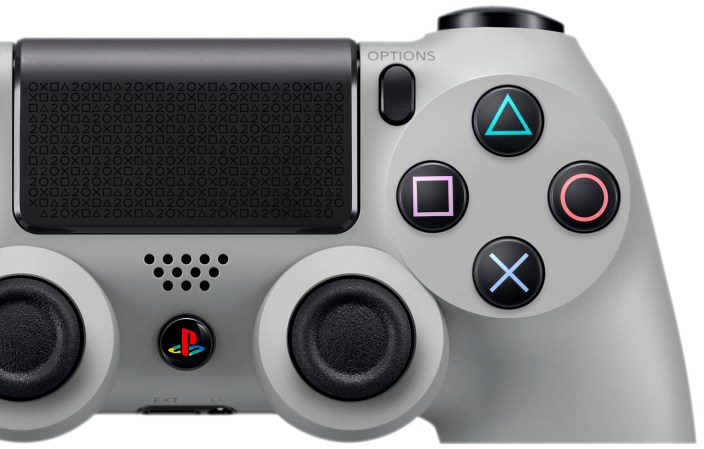 Not much there, right? We know that it will cost $499 and include a matching gray stand so it can stand vertically or on its side, it will also have a gray PlayStation camera. You’ll want to set your alarm for the announcement on Saturday to find out exactly how to grab one of these. One thing is for sure, they’ll be flying off the virtual shelf faster than Lara Croft killing off her enemies.

Good news though if you can’t pick up one of these limited edition consoles. There is an original PlayStation theme available for your PS4 today.

Hello PlayStation Blog readers! Today is a very special moment in our history. It’s been 20 years since the launch of the original PlayStation, which released in Japan on December 3rd, 1994. It seems like only yesterday! I’m so glad that we can celebrate this moment together.20 years is a long time! In 1994, many outsiders thought that Sony was slightly crazy to launch the original PlayStation into an incredibly competitive gaming market. Who could blame them? Sony was (and is!) famous for engineering great electronics, audio equipment, and many other consumer devices. But game consoles?!Sony Computer Entertainment, founded by my mentor Ken Kutaragi, was a project borne out of sincere passion and deep admiration for the craft of game development. The mid 90s were an exciting time for game developers, driven by the explosion of powerful but affordable 3D graphics rendering hardware and the birth of many young and adventurous development studios. The original PlayStation was meant to embody that sense of adventure and discovery, that sense that anything was possible.We sincerely thank you for joining us on our exciting 20-year journey. You have made every bump and scrape we took along the way worthwhile. And there’s so much more to come! :DBut I don’t want to go on for too long, because we have a big piece of news to reveal: a very special 20th Anniversary Edition PS4!

Our friend Sid Shuman has some details in the video above, so be sure to check it out and let us know what you think.

I look forward to celebrating the anniversary and all things PlayStation with you this week in Las Vegas at the PlayStation Experience.