Gaming For Couples: The Room, The Room Pocket, and The Room 2 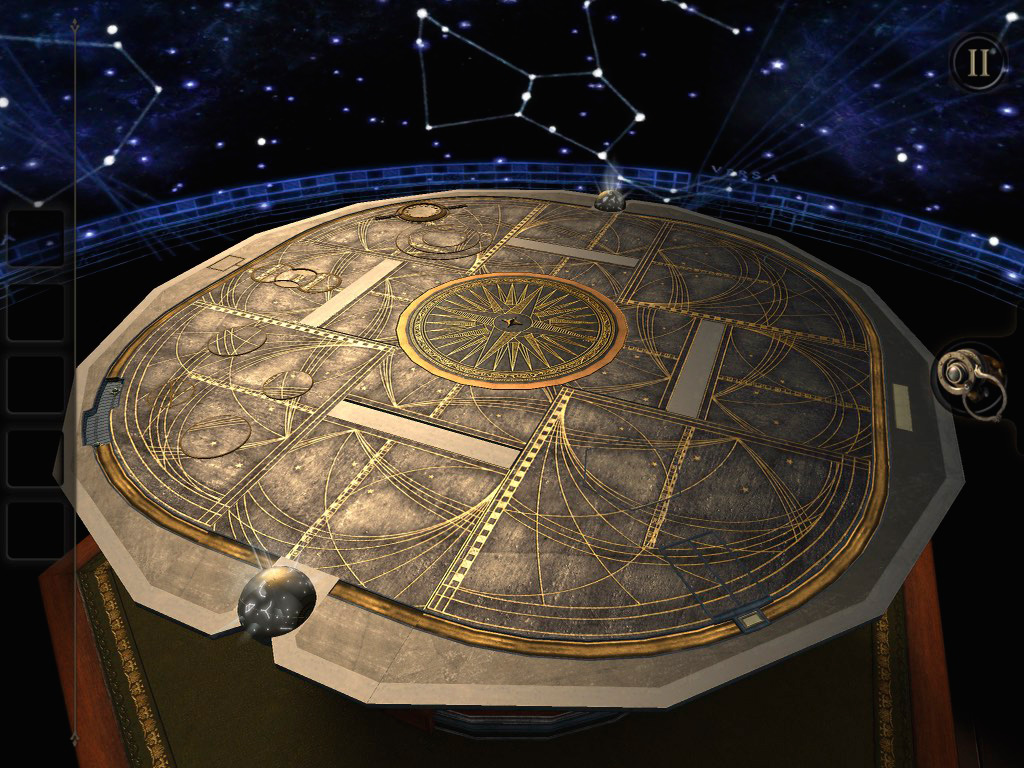 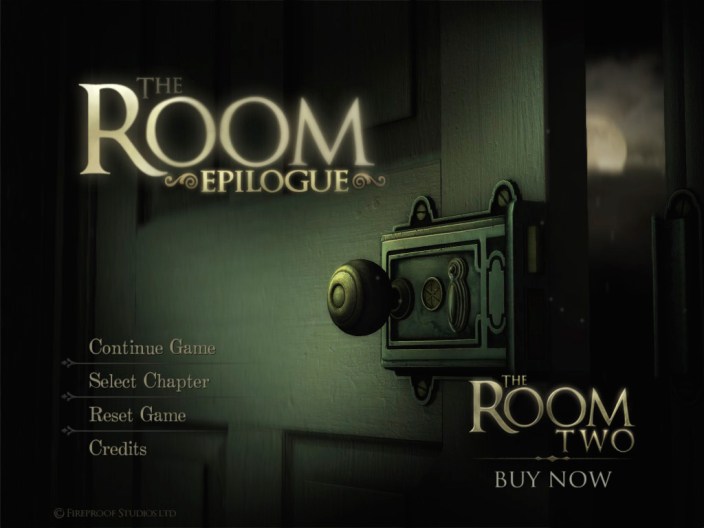 Welcome to our second edition of Gaming For Couples! There are many couples with a gaming imbalance — one person loves games, but the other (often a girlfriend or wife) doesn’t. So we’ve created this column to focus on games that two people can enjoy together, fostering a shared sense of interaction and fun. Gaming For Couples picks need to be reasonably priced, made for both girls and guys, and widely available.

Today, we’re looking at three games from the same series: Fireproof Games’ The Room, The Room Pocket, and The Room Two, recipients of numerous best of the year awards. The first two games are actually the same title, formatted for the iPad and iPhone respectively, while The Room Two is a true sequel. It’s a perfect time to play through these games, as they’re currently being discounted below their original $5 asking prices, and The Room Three is expected to be released in Spring 2015. 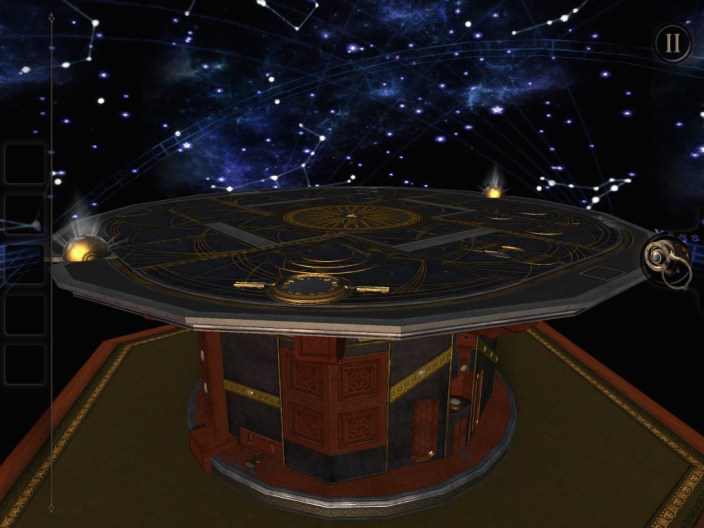 The Room + The Room Pocket

We picked The Room this week because it’s very different from our prior picks — an interactive mystery that one person can solve alone, or work through with someone else to provide assistance. The game consists of a series of rooms, each containing multiple puzzles. What’s unique is that the puzzles are wrapped around objects in the room, and you move between objects, rotating each one, then using something you find inside (say, a key) to unlock another puzzle in the room. 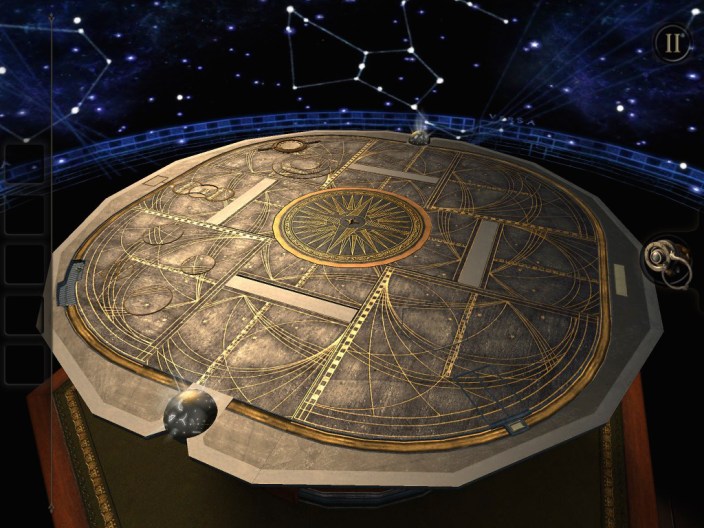 How Do You Play? The Room is entirely controlled by intuitive swipes, taps, and pinch gestures. You typically begin in a room where a table is sitting in front of you. Swiping left, right, up, or down rotates the table, while tapping zooms you in on one part of the table, and pinching or tapping elsewhere zooms you out. Each table will have a bunch of different, relatively simple puzzles to solve, including sliding switches or disjointed pieces into correct positions, matching up symbols, or finding a key hidden in a drawer to bring over to another spot on the table. 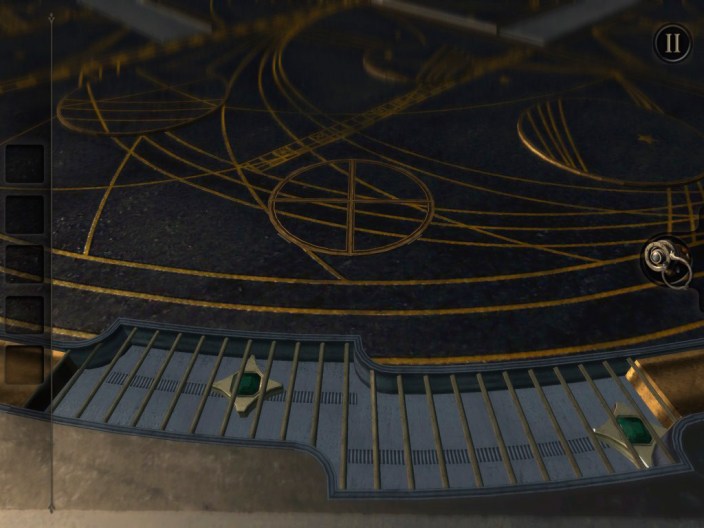 What makes the puzzles amazing is the 3-D graphics engine, which renders all of the objects —- typically ornate, steampunk chests, eggs, keys, and looking glasses — with highly realistic textures at completely smooth frame rates. Depth of field effects strategically keep certain parts of the puzzle in focus while others are blurred. And soon after you start, you’re taught to use a special lens that distorts the realistic colors to reveal hidden markings and see through some glass. For instance, a fingerprint on an object might give you a starting point for interacting with a complex puzzle. 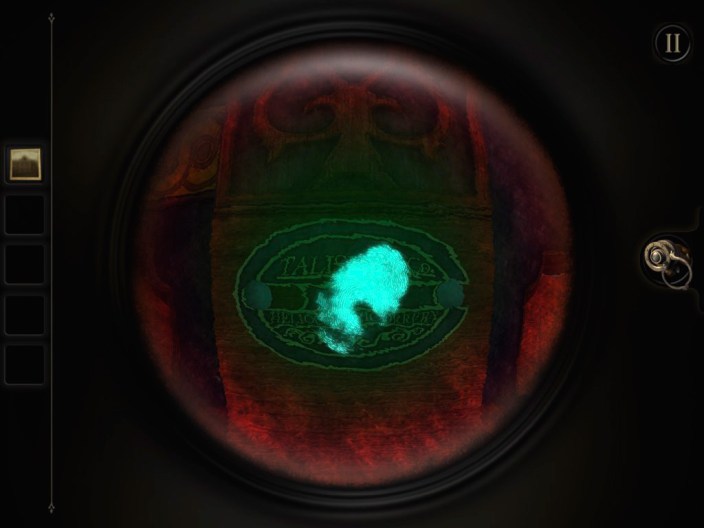 Why Is It Great For Couples? Beyond the dead-simple control scheme, which is explained in a tutorial, The Room has a story that can either be followed or ignored — a smart move to make the game more engaging for people who need a plot to follow. Fireproof’s story has all the ambiguity, arcane markings, tarot cards, and unexpected time/space shifting necessary to keep the levels interesting. 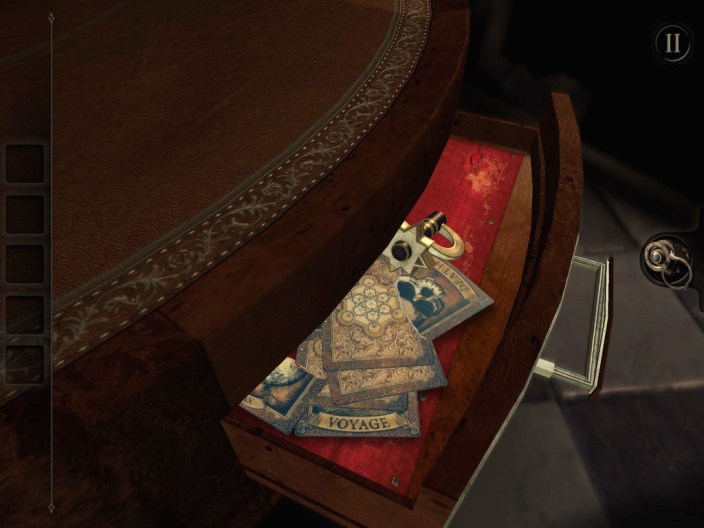 The Room is seemingly set in the present day, but its story and objects have a century-old focus that will appeal to fans of Downton Abbey and steampunk fantasy. There’s also more than a little supernatural content that doesn’t ever rise to the level of horror, but is just spooky enough to encourage conversation, and possibly even occasional snuggle up moments. Audio is ambient and light, promoting conversation about what’s going on rather than filling the air with constant sound. 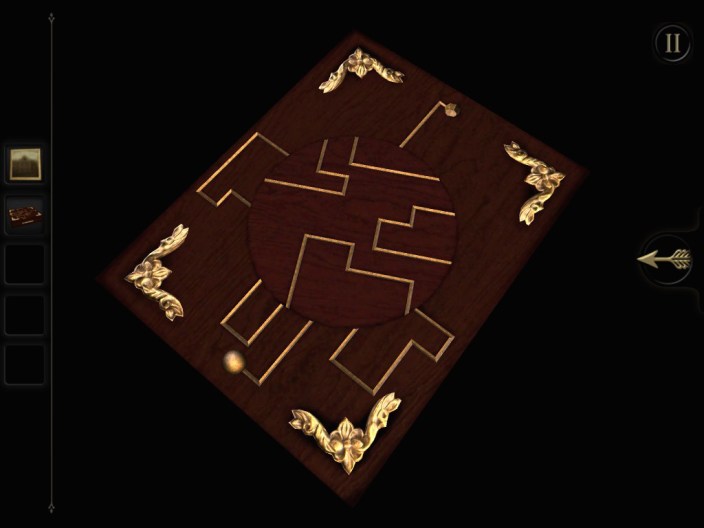 Another bonus for couples: it’s possible for an individual player to dead-end on what to do next — something Fireproof solves with a friendly tip system. But couples can experiment together rather than relying on the tips, or consult them as needed. Most couples will beat the game in one to two nights of active play. 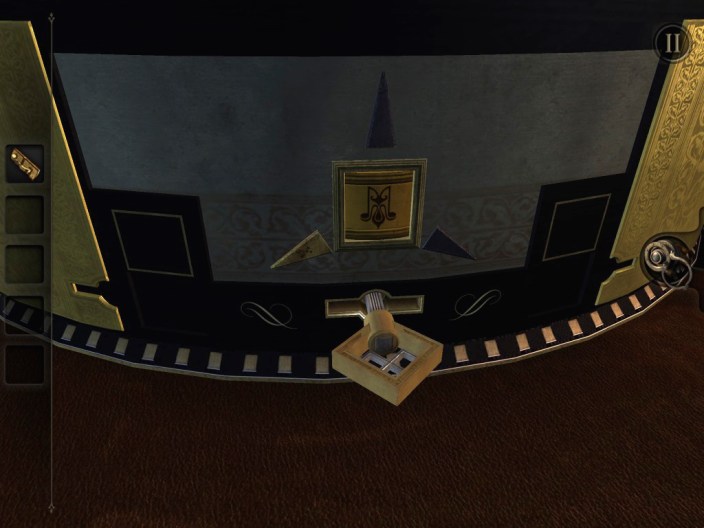 Which Versions Should I Consider? On iOS, The Room supports every iPad except for the original, first-generation model. It looks gorgeous on any supported iPad, particularly ones with Retina displays, and for couples is best played on a tablet-sized screen. The Room doesn’t include any iPhone or iPod touch support at all, and can’t be installed on those devices. 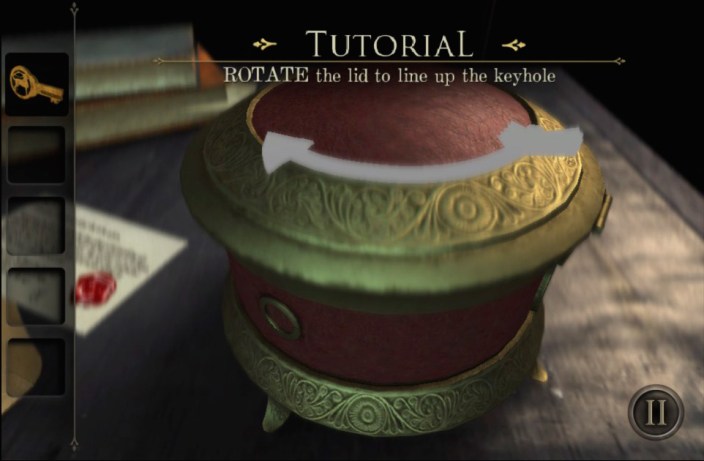 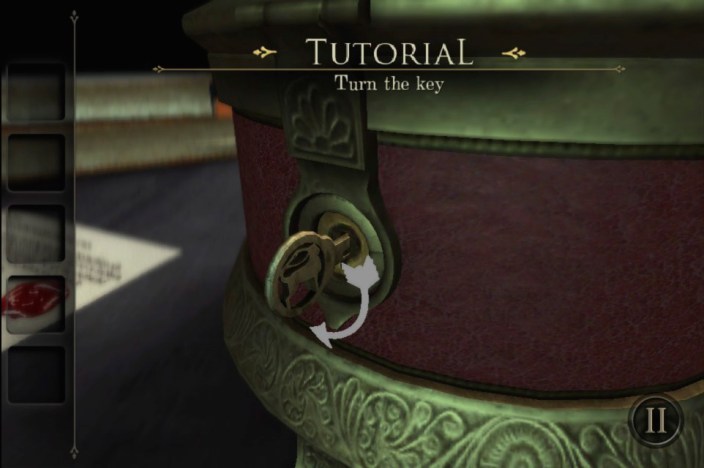 By comparison, The Room Pocket (shown above) is specifically built for the iPhone 4S, iPod touch 5G, and newer iPhone models, with full-screen optimization for the iPhone 5 (but nothing special for the iPhone 6). Unlike The Room, the Pocket version is a free download with an in-app upgrade to the full version of the game. It doesn’t look very good on any iPad screen, but will run on the iPad 2 and every subsequent device.

The Room is also available via Steam for Windows PCs and Google Play for Android (2.3 and up). 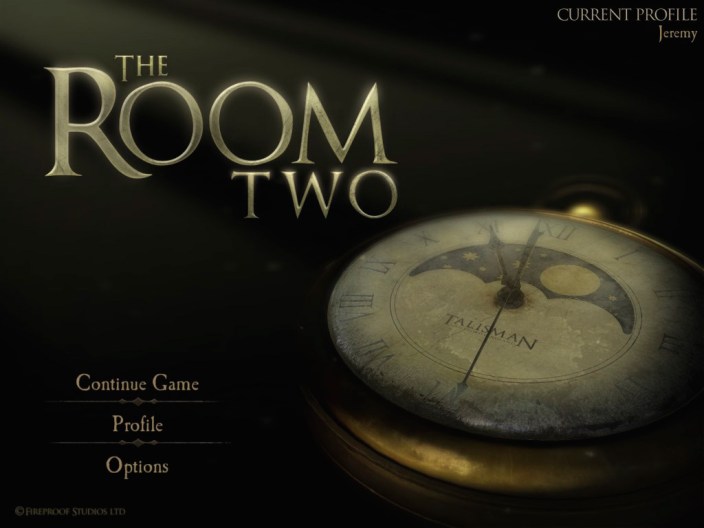 Originally released one year ago, The Room Two is an upgraded sequel to The Room, with slightly more complex puzzles, even better graphics, and more levels. 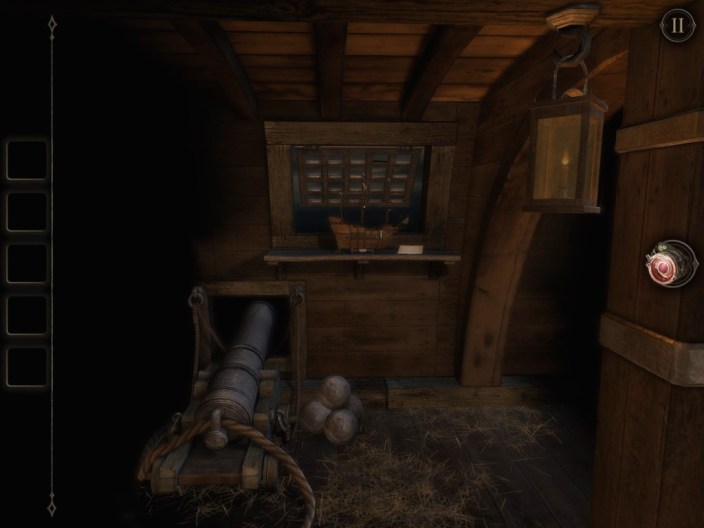 How Do You Play? The gameplay is exactly like The Room, though the variety of objects and openness of rooms have both increased in the sequel. You’ll often find yourself tapping and pinching to move from one table to another, or from a model pirate ship over to a treasure chest to a table, as the themes of the rooms shift between levels. By the last level, there will be a lot of different areas of a room to work in at once. 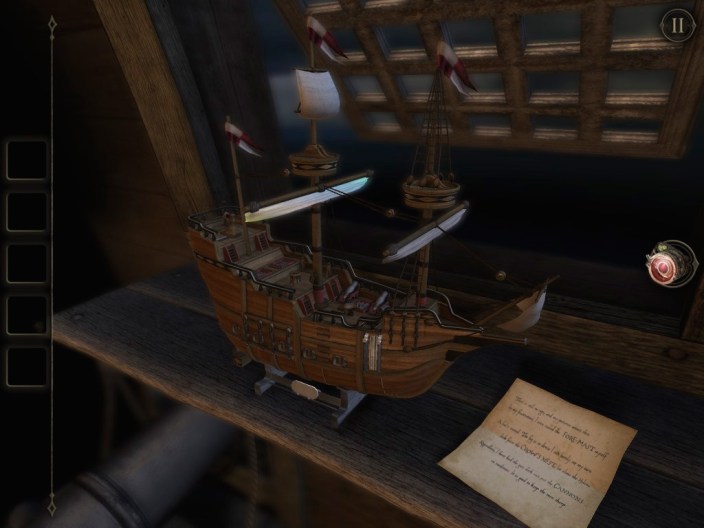 This diversity increases the challenge level by a small amount, but also makes The Room Two’s puzzles less intuitive for first-time players. Unless you use the tip tool for guidance, a first-time Room player may not know where to go next to solve a puzzle. If you’ve beaten The Room, however, figuring out The Room Two will be pretty easy. 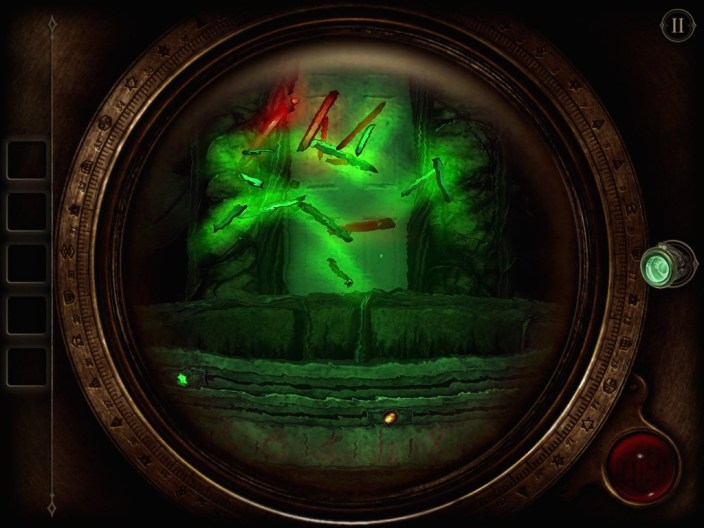 Why Is It Great For Couples? The Room Two is like a movie sequel that picks up right where the original left off, building upon what already happened. It offers another two or three night sessions worth of puzzle solving that two people can collaborate upon, and continues to wow with more of the cool steampunk objects and ambient audio found in The Room. Fireproof ups the creepiness and time/space factors up by a little, again falling just short of “horror” in terms of content. 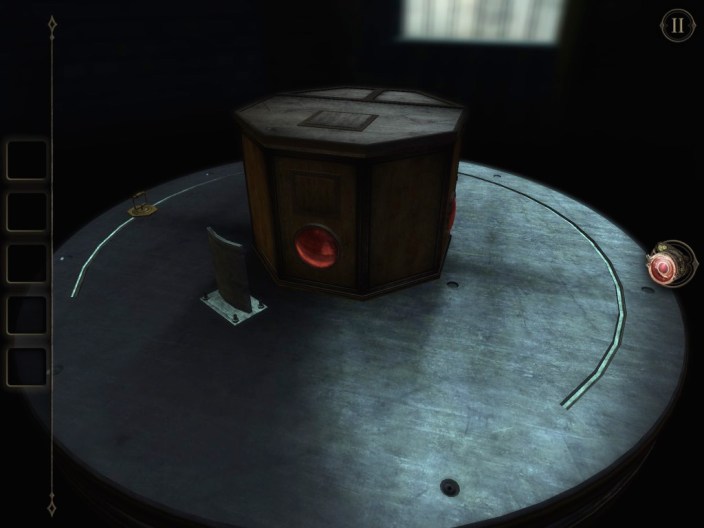 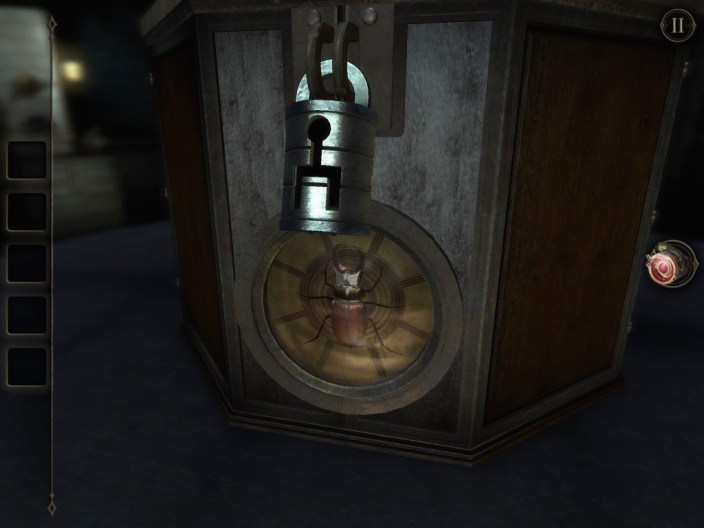 Which Versions Should I Consider? On iOS, The Room Two is cross-compatible with iPads, iPhones, and iPod touches, starting with the iPad 2, iPhone 4S, iPod touch 5G and upwards. There’s only one version to buy, and it works well on all of these devices, with particularly excellent Retina results.

The Room Two is also available via Google Play for Android (2.3 and up most devices, 4.4 and up for Galaxy Tab 3).

Check out our prior Gaming For Couples article on Peggle and The Beatles: Rock Band here, and find more discounted iOS apps here.