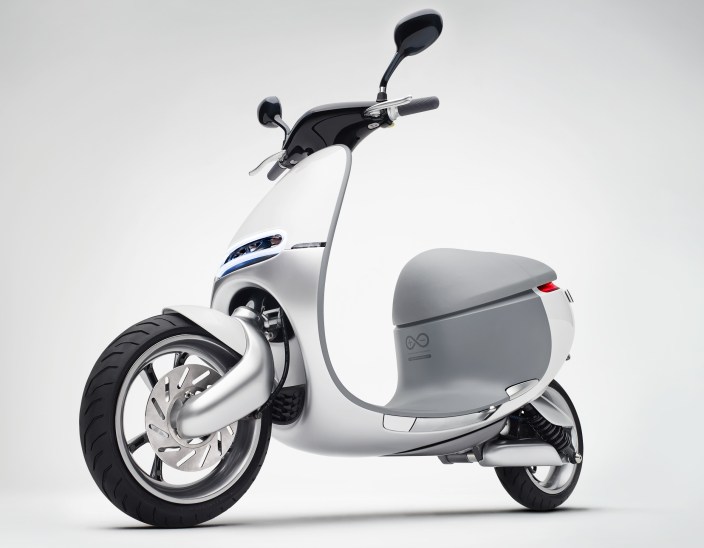 What do four years of development, a former Nike designer and 150 million get you? One of the coolest scooters we’ve ever seen and in theory a culture bending answer to transportation in some of the world’s largest cities. You get Gogoro Scooters.

For ex-Nike, Microsoft and HTC designer Horace Luke, the plan to build a solution to transportation in “mega cities” has been a long process of development. From what we’ve gathered so far, there is little that he’s managed to leave out of the equation.

Starting with the scooter: it’s a 247 pound, battery powered, Bluetooth-connected two wheel vehicle, that gets to 31 MPH in just over four seconds and tops out at nearly 60 with zero harmful emissions. Its fully customizable in many ways with its downloadable sound effects for starting and stopping the engine, as well as color changing LED lights. The key is a white wireless fob that in connection with a smartphone helps to keep track of and manage the scooter. 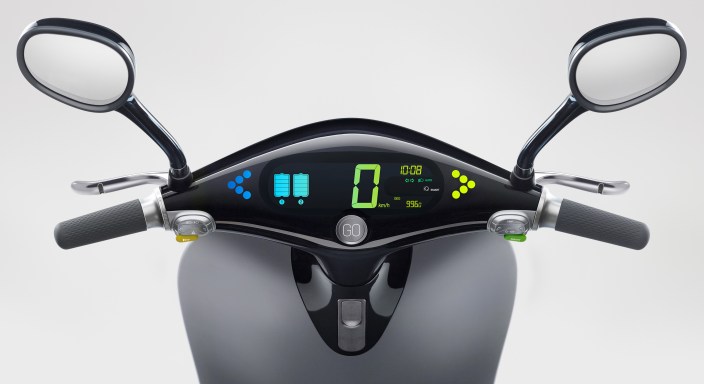 It runs on a Panasonic battery that pushes out roughly 60 miles per charge of riding time. Now that may not seem like a lot of distance traveled, but a large part of the plan is based around the charging station model that Luke has worked hard to develop. 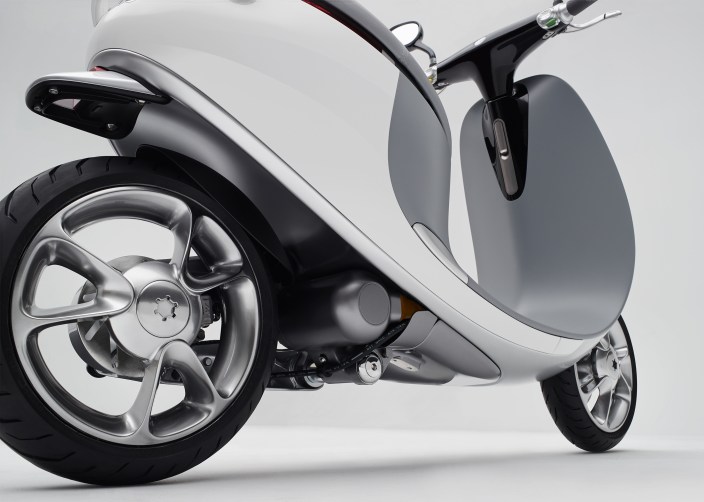 The whole operation focuses on having a network of charging stations in cities across the country, offering quick changes as fast as six seconds in Gogoro’s estimates. These bowling ball sized batteries offer quite a bit of technology in their own right with NFC authentication and 256-bit encryption built-in, so the batteries only run in Gogoro approved scooters and stations.

So what does that mean? A personalized charging experience at each vending machine-sized station located every square mile of consenting cities, recalling data and other details about your charging needs. Users will be able to reserve a battery for up to 10 minutes at a time prior to arriving at a station. 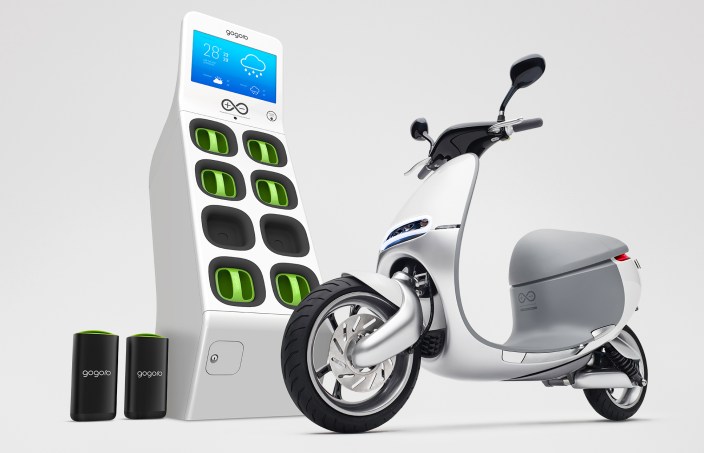 A large piece of the swappable battery model, as opposed to charging at home, is the subscription plan that Horace Luke envisions. Instead of paying for gas at a pump, you would reserve so much energy per month to use for you bike. This would help Gogoro to track the needs of customers and have a greater supply of batteries when needed based on the data recorded.

At this time, pricing is unavailable with a promise of news to come in 2015. While it’s unclear just how feasible this project is, there certainly is a vision that would be pretty incredible to see come to fruition.

Keeping checking back to 9to5Mac throughout CES week as we’ve got six team members in Las Vegas finding the latest technology and gear.