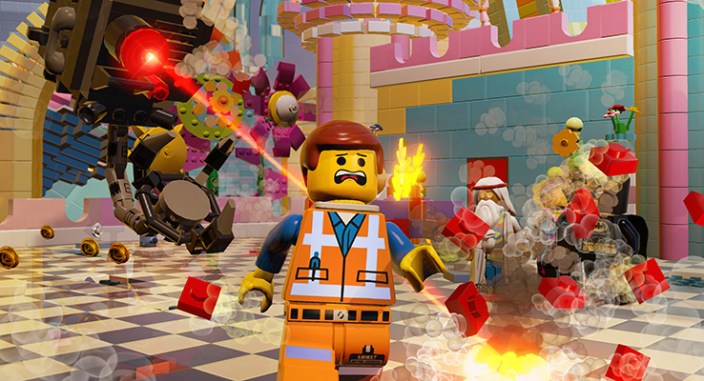 We have spotted a couple notable new releases on iOS today including the latest Dragon Quest port from Square Enix and a new LEGO experience for your phones and tablets from Warner Bros.

Following the success of the popular LEGO theatrical release, Warner Bros. released a Mac game known as The LEGO Movie Videogame, and now the company is taking it to iOS.

Released today on the App Store for $4.99, The LEGO Movie Videogame for iOS features 45 missions and more then 90 characters from the film including Batman, Superman, Gandalf, Benny, and others. Anyone familiar with the Mac version will be right at home here, but this a bit of a different experience than you might know from the popular LEGO console titles. More details below:

Step into the world of Emmet, an ordinary, rules-following, perfectly average citizen who is mistakenly identified as the most extraordinary person and the key to saving the world. Players guide him as he is drafted into a fellowship of strangers on an epic quest to stop an evil tyrant, a journey for which Emmet is hopelessly and hilariously underprepared.

Be sure to check out the system and storage requirements for this one as it will require iOS 7 or later and “2.2GB of available space on your device if you install over wifi, but only 1.1GB of space if you download on your computer and then sync.”

Next is Dragon Quest V, the classic role playing game (RPG), has made its way to iOS. Continuing its work to port the Dragon Quest franchise to mobile ecosystems, this marks the first time DQ V has appeared on iOS. As you likely imagined based on Square’s usual premium pricing, it will run you $14.99 to pick up the whole “grand adventure” of Dragon Quest for both iPad and iPhone.

This grand adventure, unfolding over three generations, is now available to play in the palm of your hand! Take your place among a family of heroes, sharing in all the triumphs and tragedies of their storied lives!

Head over to our game/app roundups for all the best iOS deals everyday of the week. 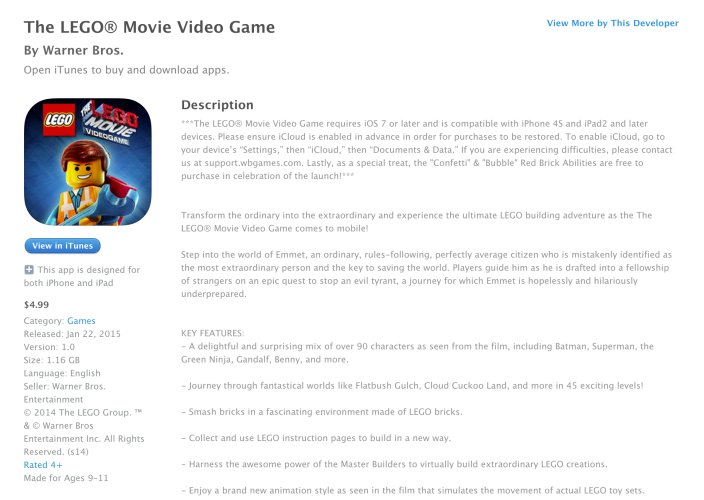 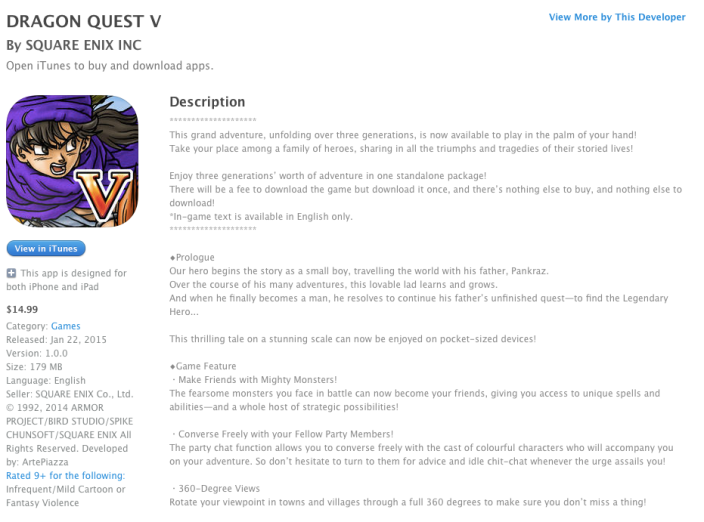