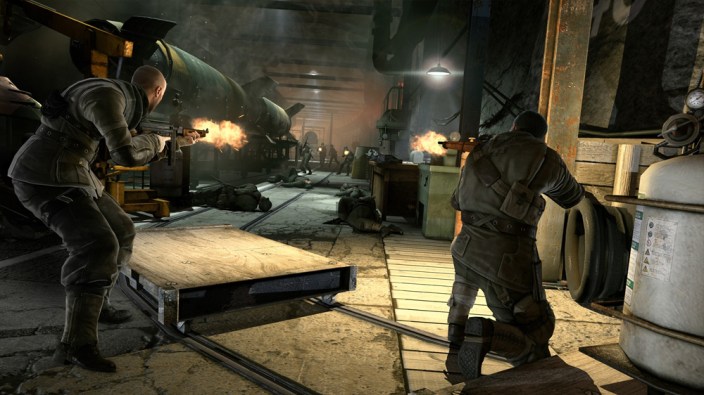 Each month, Sony’s PlayStation Plus and Microsoft’s Xbox Live Gold services give away a handful of free games to subscribers, adding value to each company’s multi-console online gaming service. February’s games have been announced, including the following free titles:

For PlayStation Plus, Sony is offering the futuristic PS4 action/strategy RPG Transistor and PS4 ancient Greece-themed action-platformer Apotheon. PS3 owners get the Japanese sandbox action/RPG Yakuza 4 and first-person action/stealth game Thief. PS Vita users get Rogue Legacy and Kick & Fennick; Rogue Legacy is also available for the PS3 and PS4. All of the titles become free to PS Plus users on February 3. Transistor regularly sells for $20, Thief for $40, and Yakuza 4 for $50, making a one-year PlayStation Plus membership ($50) or $18 three-month membership a no-brainer alternative.

For Xbox Live Gold members, Microsoft is giving away the 8-bit-inspired future arena ball game #IDARB (reg. $15) for the Xbox One, as well as the action/RPG/puzzler Brothers: A Tale of Two Sons (reg. $15) and Sniper Elite V2 (shown above, reg. $30) for the Xbox 360. A one-year Xbox Live Gold membership is normally $60 and a three-month membership is normally $25, but you can grab the biggie for only $40 on Amazon right now!

New games are typically offered at the beginning of each month, with old games disappearing from the “free” lists above. Full descriptions of this month’s titles are below. 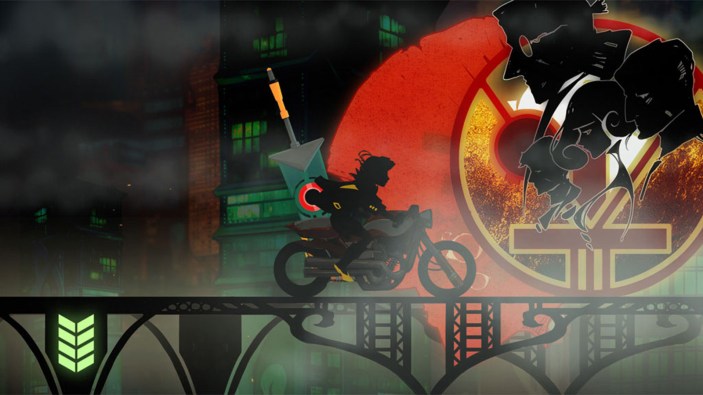 From the creators of Bastion, Transistor is a sci-fi themed action RPG that invites you to wield an extraordinary weapon of unknown origin as you fight through a stunning futuristic city.

The Gods of Olympus have abandoned humanity, leaving you to perish without their benevolence. Take up arms against the Gods, climb Mount Olympus, and take their divine powers for yourself to ensure mankind’s survival!

Yakuza 4 lets you explore the city of Tokyo in an unprecedented level of detail, experience every taboo in the underground world through the eyes of 4 revered men. Can you survive the dangers and temptations of the Japanese underworld?

You are Garrett, the Master Thief. Step into the silent shoes of Garrett, a dark and solitary thief with an unrivaled set of skills. The most challenging heists, the most inaccessible loot, the best kept secrets: nothing is out of your reach.

A procedurally generated castle means every run is different. This is a Rogue-lite. Your character dies, but with each passing your lineage grows and becomes stronger. Tons of unique traits make every playthrough special, and with 10 different classes to master, there’s plenty of reason to come back for more (punishment)!

Soon after waking up in a desolate but colorful world, Kick meets a small flying robot named Fennick. When Fennick saves Kick from a menacing guard robot, they find out Fennick’s battery is broken. Together, they embark on an adventure to the Core Tower to find Fennick a new energy core. 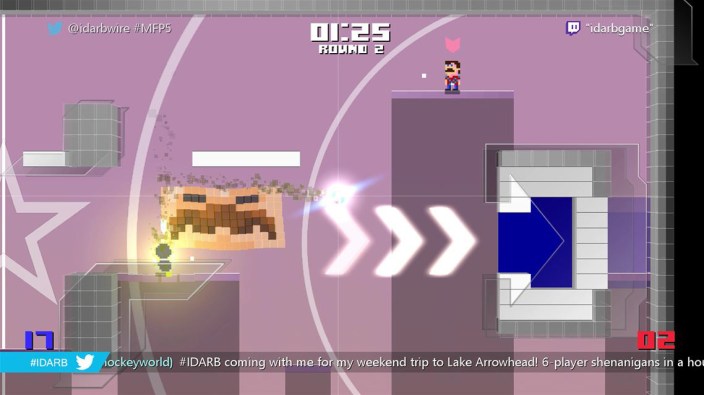 #IDARB (Xbox One, shown above)

Prepare to battle everything from Moustache Cops to Breakfast, in this game inspired by fast action, 8-bit sports and arcade classics! Built with the input of thousands of crazed internet gamers, #IDARB is a chaotic 8-player eSport jumping future arena ball game. Create characters, teams, team logos, tournaments, even your theme music, in this highly customizable experience complete with disruptive “hashbombs” which dynamically change the game itself via Twitch and Twitter!

Guide two brothers on an epic fairy tale journey from visionary Swedish film director, Josef Fares and top-tier developer Starbreeze Studios. Control both brothers at once as you experience co-op play in single player mode, like never before. Solve puzzles, explore the varied locations and fight boss battles, controlling one brother with each thumb stick. This is one journey you will never forget.

ONE BULLET CAN CHANGE HISTORY. BERLIN 1945… V2 Rockets with deadly nerve gas are primed to launch. An army of German and Russian soldiers stand in your way. Make every single bullet count or the world dies with you. X-RAY KILL CAM see organs tear and burst, bones and teeth shatter, as your bullet passes through your enemy ADVANCED SNIPER SIMULATION allow for gravity, wind, distance, breathing and more. SNIPER’S CHOICE leave yourself exposed with the easy shot, or decide a more difficult but stealthier approach. CO-OP MULTIPLAYER battle through 4 war-torn online modes.

Again, a one-year Xbox Live Gold membership is normally $60, and a three-month membership is regularly $25; score a nice savings via Amazon right now!