New Toy of the Day
Comments (2) 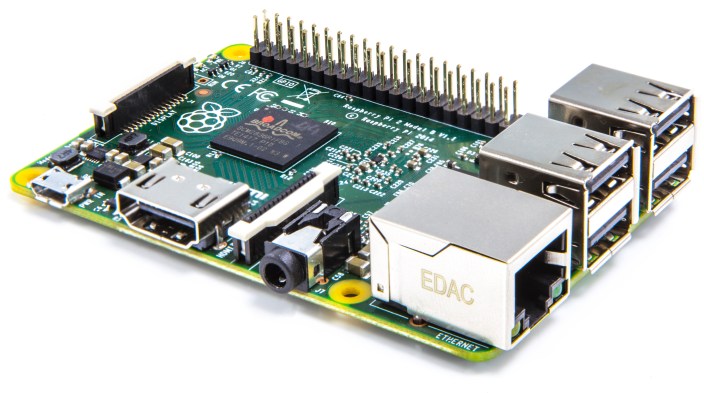 The big news of the morning comes way of the Raspberry Pi foundation, which has announced its latest generation microcomputer. Starting today, the Raspberry Pi 2 Model B will be available for purchase at the same $35 price point that we’ve come to expect. The big jump in performance will open a whole new world of computing for hobbyist, hackers and educators.

Since 2012, the Raspberry Pi has been a cornerstone of the micro computing market allowing users to create everything from a video game coffee table to a standalone Pandora player. It has been praised for its functionality but like most technology has heard the call to evolve. The latest Raspberry Pi 2 Model B does just that, boosting its speeds to 900MHz which is nearly a 25% jump over the previous generation. These increased speeds can be attributed to a new quad-core ARMv7 processor and twice the amount of RAM. Everything else essentially stays the same, users can still expect to see a similar layout with four USB ports, microSD storage, HDMI output and 40 GPIO ports. 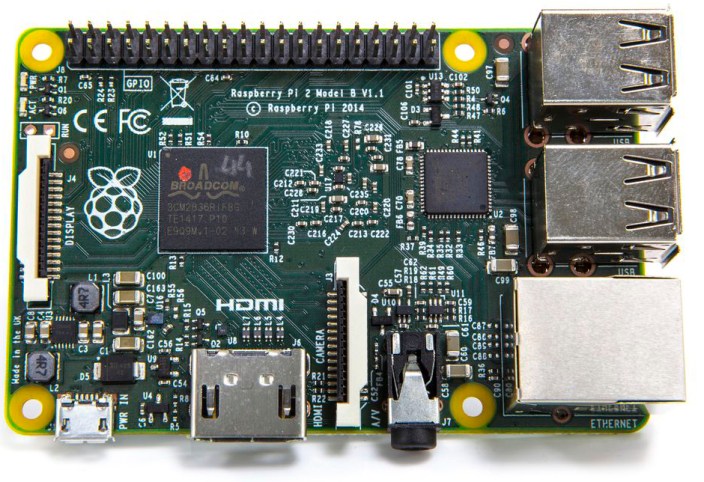 On the software side of things, the Pi 2 will be able to run ARM GNU/Linux distributions, including Snappy Ubuntu Core and as well as the recently announced Windows 10. This is the first time Raspberry Pi will be able to run Windows, which is available through the Internet of Things development portal at Microsoft. This is particularly interesting for the education sector which has found the Raspberry Pi to be a great addition but tends to lean heavily towards Windows OS.

The Raspberry Pi 2 is available today from third-party retailers such as Element14 for $35. We expect demand to be very high during the initial run so its best to get your order in now, if possible. If you are in the market for a previous generation Raspberry Pi B+ we spotted one for $30 + shipping at Newegg. Picking up a Raspberry Pi? Check out this case for Raspberry Pi 2 and B+.

Let’s get the good stuff out of the way above the fold. Raspberry Pi 2 is now on sale for $35 (the same price as the existing Model B+), featuring:

Because it has an ARMv7 processor, it can run the full range of ARM GNU/Linux distributions, including Snappy Ubuntu Core, as well as Microsoft Windows 10.

Since we launched the original Raspberry Pi Model B, back in 2012, we’ve done an enormous amount of software work to get the best out of our Broadcom BCM2835 application processor and its 700MHz ARM11 CPU. We’ve spent a lot of money on optimising a wide variety of open-source libraries and applications, including WebKit, LibreOffice, Scratch, Pixman, XBMC/Kodi, libav and PyPy. At the same time, the Raspbian project, run by Peter Green and Mike Thompson, has provided us with an ARMv6-compatible rebuild of Debian with hardware floating point support, and Gordon, Dom and Jonathan have spent thousands of hours working on the firmware and board support to make Raspberry Pi the most stable single board computer in the world. It’s worth going back and trying out an old SD card image from 2012 to get an idea of how far we’ve come.

Nonetheless, there comes a point when there’s no substitute for more memory and CPU performance. Our challenge was to figure out how to get this without throwing away our investment in the platform or spoiling all those projects and tutorials which rely on the precise details of the Raspberry Pi hardware. Fortunately for us, Broadcom were willing to step up with a new SoC, BCM2836. This retains all the features of BCM2835, but replaces the single 700MHz ARM11 with a 900MHz quad-core ARM Cortex-A7 complex: everything else remains the same, so there is no painful transition or reduction in stability.

Once we were confident that BCM2836 was performing as expected, James designed a series of prototypes, before we settled on the Raspberry Pi 2 Model B that launches today. This has an identical form-factor to the existing Raspberry Pi 1 Model B+, but manages to pack in both the new BCM2836 and a full 1GB of SDRAM from our friends at Micron. All of the connectors are in the same place and have the same functionality, and the board can still be run from a 5V micro-USB power adapter.

Raspberry Pi 2 is available to buy today from our partners element14 and RS Components. Remember you’ll need an updated NOOBS or Raspbian image including an ARMv7 kernel and modules from our downloads page. At launch, we are using the same ARMv6 Raspbian userland on both Raspberry Pi 1 and 2; over the next few months we will investigate whether we can obtain higher performance from regular ARMv7 Debian, or whether we can selectively replace a small number of libraries to get the best of both worlds. Now that we’re using an ARMv7 core, we can also run Ubuntu: a Snappy Ubuntu Core package for NOOBS will be available in the next couple of weeks.

For the last six months we’ve been working closely with Microsoft to bring the forthcoming Windows 10 to Raspberry Pi 2. Microsoft will have much more to share over the coming months. The Raspberry Pi 2-compatible version of Windows 10 will be available free of charge to makers.

Visit WindowsOnDevices.com today to join the Windows Developer Program for IoT and receive updates as they become available.

We’ll keep updating this list over the next couple of days, but here are a few to get you started.

Are you discontinuing the Raspberry Pi 1 Model B and B+?

No. We have a lot of industrial customers who will want to stick with Raspberry Pi 1 for the time being. We’ll keep building Raspberry Pi 1 Model B and Model B+ as long as there’s demand for it. Both these boards will continue to sell for $35.

What about Model A+?

What about the Compute Module?

We expect to introduce a BCM2836-based Compute Module in the medium term, but for now we’re focused on getting Raspberry Pi 2 Model B out of the door.

Are you still using VideoCore?

Yes. VideoCore IV 3d is the only publicly documented 3d graphics core for ARM-based SoCs, and we want to make Raspberry Pi more open over time, not less.

Where does the “6x performance” figure come from?

The speedup varies between applications. We’ve seen single-threaded CPU benchmarks that speed up by as little as 1.5x, while Sunspider is around 4x faster, and NEON-enabled multicore video codecs can be over 20x faster. 6x is a typical figure for a multi-threaded CPU benchmark like SysBench.

Is this a full version of Windows 10?