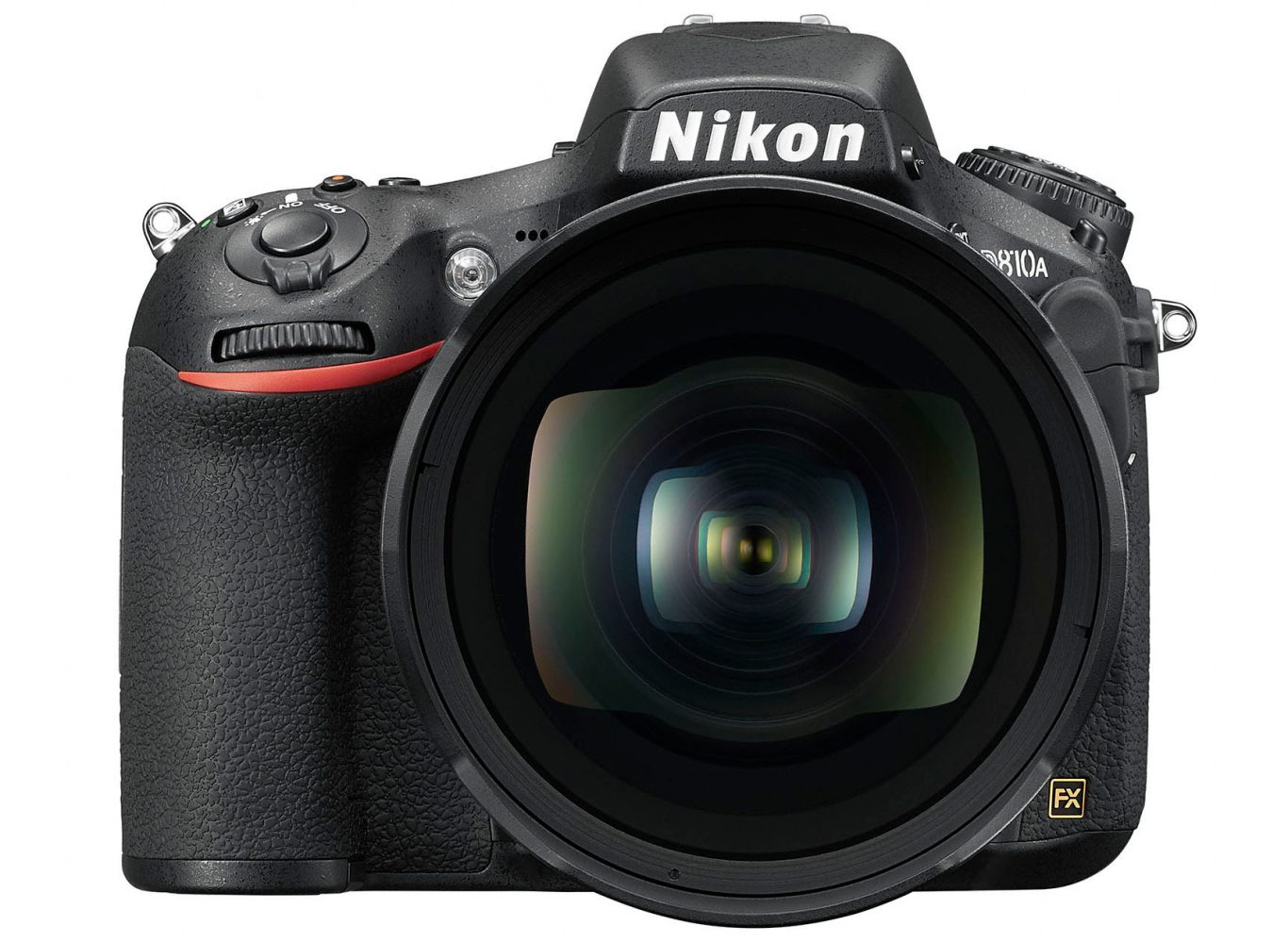 This week, Nikon has announced a bevy of new DSLR and point-and-shoot cameras to its well established line of digital cameras. We are seeing everything from a high-end DSLR designed for stargazers to a rugged Coolpix model that claims to handle just about everything that you can throw at it. All-in-all they’ve released the details on two DSLRs and nine COOLPIX cameras. Head below for full details on the DSLRs and our standouts amongst the point-and-shoot models.

Amongst the nine COOLPIX models that we detailed by Nikon, there were three that stood out amongst the lot. These three offer a wide variety of options and features for everyone from the weekend warrior to someone just entering the photography world. 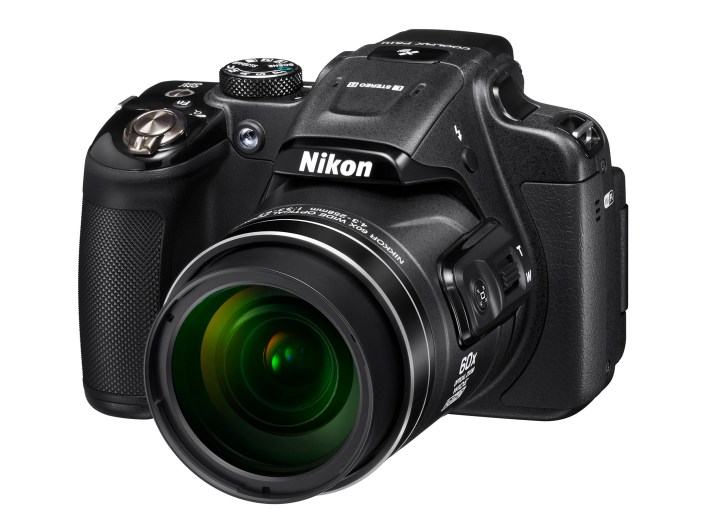 The P610 is an upgrade from its predecessor, packing a 16MP sensor as well as expected features such as NFC, GPS and vibration reduction. Available in black or red with a 3-inch LCD and viewfinder as well as a 60x optical zoom, this camera will retail for $497 and is available for pre-order today. 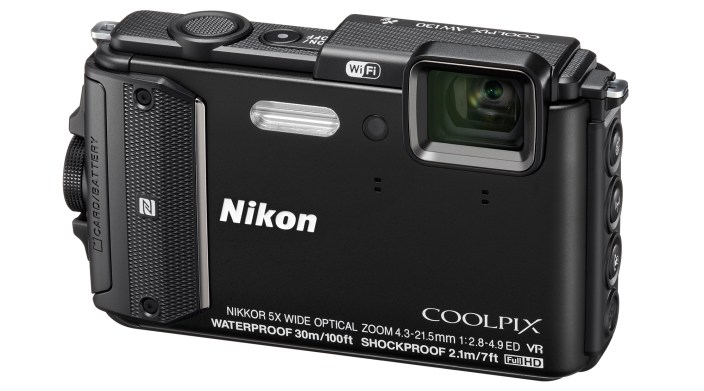 Next up is the AW130, designed for the off-road adventurous type with its water, shock and freeze-proof design. It can shoot full 1080p HD video and has built-in GPS, WiFi with NFC and a 5x zoom. This camera will ship in three colors, black, blue and yellow, with a pre-order price of $347. 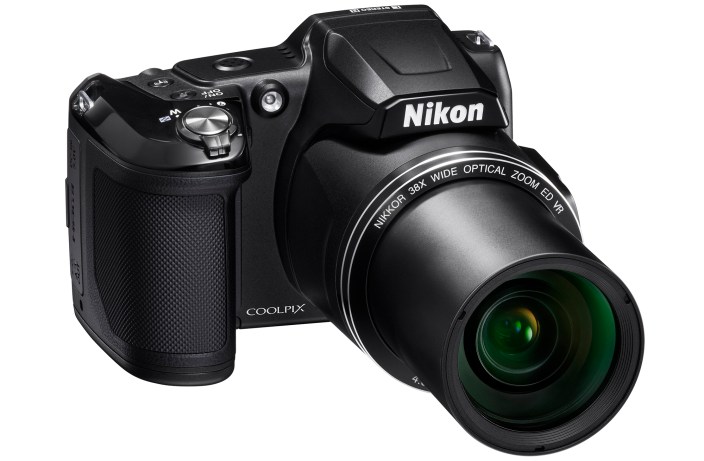 Finally, from the COOLPIX line is the L840 which offers some upgraded features at a lesser price tag than the P610. It has a 16MP sensor, shoot full 1080p HD video and has a 38x zoom. It also has a flip-out LCD with built-in WiFI and NFC connectivity. It will retail for $297 with black and red color offerings. 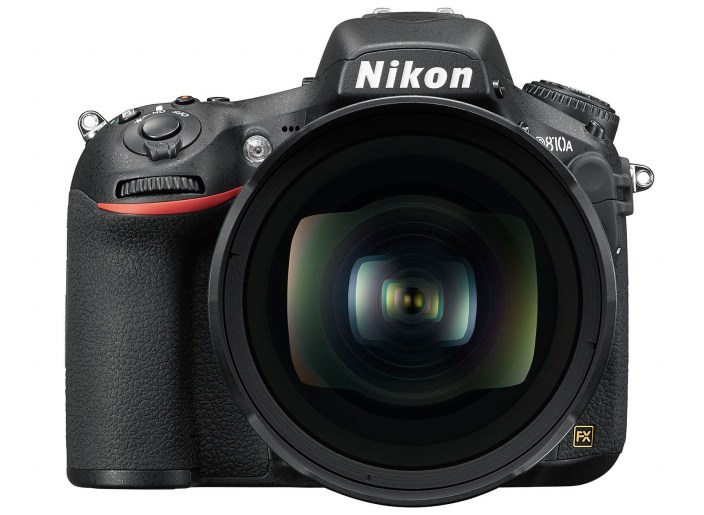 As we noted above, Nikon also previewed two DSLRs ahead of the upcoming shooting season. First is the D810A with is designed specifically for deep-sky astrophotography and has the feature set to match. This DSLR is a tweaked version of the highly-rated D810 and features a high-resolution sensor, low-pass filter and low noise ISO unto 12,800 designed for capturing long distance night photos. It has a 36.3MP sensor and a magnesium alloy body and shutter for a long lifespan. This DSLR is available for pre-order now with a price tag of $3,797.

Last, is a new videographer’s kit centered around the D750 DSLR that is already available from Nikon. In addition to the camera are three lenses (35mm, 50mm and 85mm) as well as a ME-1 stereo microphone, two lithium batteries, 58mm and 67mm Variable Neutral Density filters, an Atoms Ninja 2 Video Recorder and a HDMI cable. It will retail for $3,997 and is available for pre-order today.