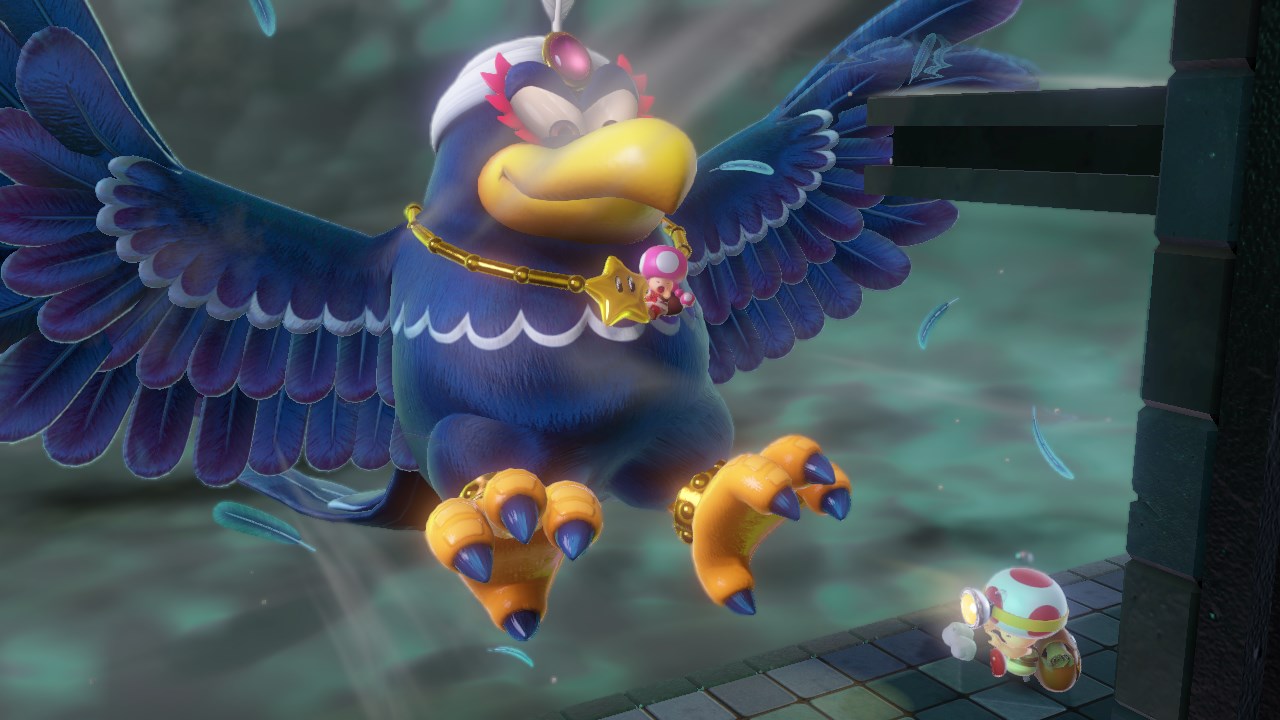 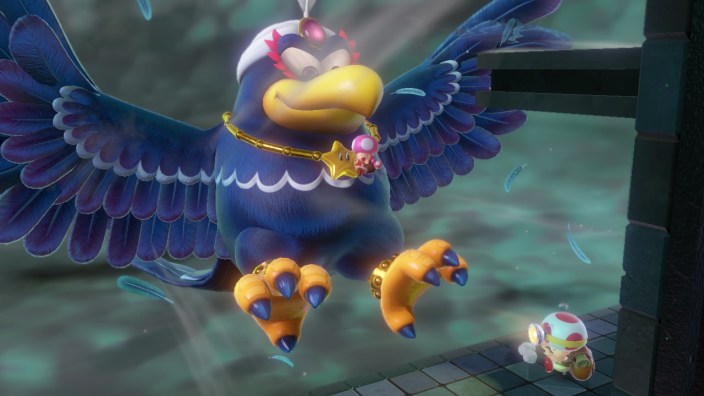 As I’ve said in a prior Gaming For Couples column, Nintendo’s Wii U is “the best current-generation console for couples and families, hands-down.” If you’re trying to convince your significant other to pick up a controller, the games that are most likely to make that happen are on the Wii U, and many of them come from Nintendo itself.

Today’s Gaming For Couples looks at two affordable Nintendo releases, Captain Toad: Treasure Tracker, and Kirby & The Rainbow Curse. Each one features one of Nintendo’s cutest characters, and is designed to appeal to casual gamers with bunches of easily digestible levels. Rather than selling them for $60 each and then discounting them, Nintendo launched both games at $40 — bargain day-one pricing for current-generation console games — and plans to keep them there. Below, I’ll discuss the games, the Amiibo figures that work with them, and some earlier titles featuring the same great characters. 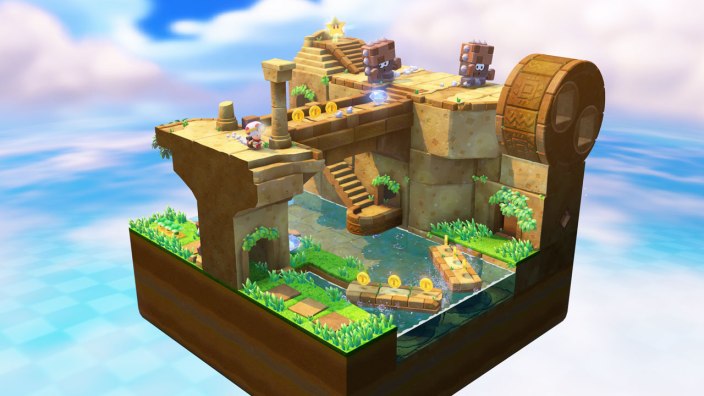 Super Mario’s mushroom-topped friend Toad first appeared at the end of levels in the original Super Mario Bros., becoming a playable character in Super Mario 2 (USA). Captain Toad: Treasure Tracker ($40 new, $31 and up used) is based on his evolution into an explorer, and expands upon the once-per-world puzzle levels originally introduced in Super Mario 3D World. His initial mission is to rescue Toadette from the clutches of a giant, angry bird, but that’s only the first of the game’s stories. There are over 70 levels spread across multiple “books,” plus bonus levels if the game finds saved data from Super Mario 3D World. 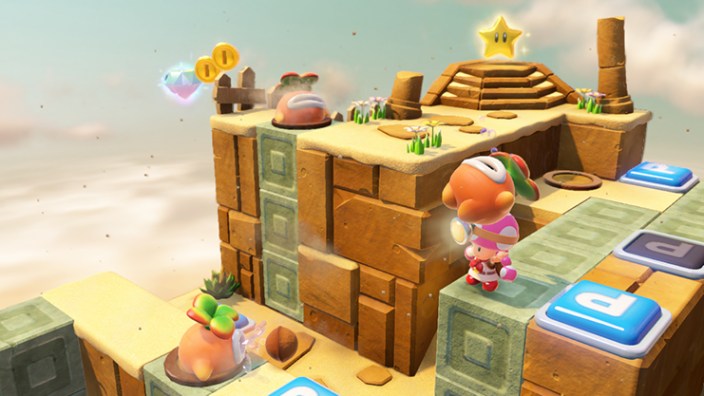 How Do You Play? Each Captain Toad puzzle is a 3-D box that can be rotated using the Wii U’s right joystick, or zoomed into with a button press. Toad walks through the level — without jumping — and can climb ladders, pull plants out of the ground, and occasionally use items such as a pickaxe, power-up mushroom, and 1-Up mushroom. You complete the level by finding a hidden star, and collect up to three gems per level to unlock more puzzles. Regular puzzle levels are mixed in with dramatic and memorable boss encounters, including battles against giant creatures and environmental obstacles. 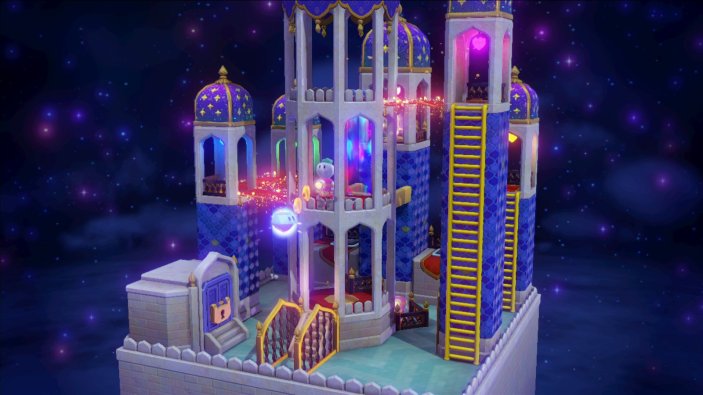 Why Is It Great For Couples? First and most importantly, the levels are untimed, so you can take everything at your own pace. One somewhat challenging element is that you need to actively rotate the 3-D box to safely move Toad through each level, as well as to find where the gems and star are hidden. While a couple’s less experienced gamer might not enjoy the 3-D camera rotation, the more experienced gamer can control the level with input and assistance.

Are There Other Items or Versions To Consider? There’s no other Captain Toad standalone game out there, but you can play with Toad in the popular racing game Mario Kart 7 for Nintendo 3DS/2DS ($29 new, $23 used), and as both Toad and Toadette in the amazing Mario Kart 8 for Wii U ($58 new, $45 and up, used). Nintendo has also announced an Amiibo based on Toad (sign up for an email alert for preorders here), which will unlock additional content in Treasure Tracker when the figurine released next month. 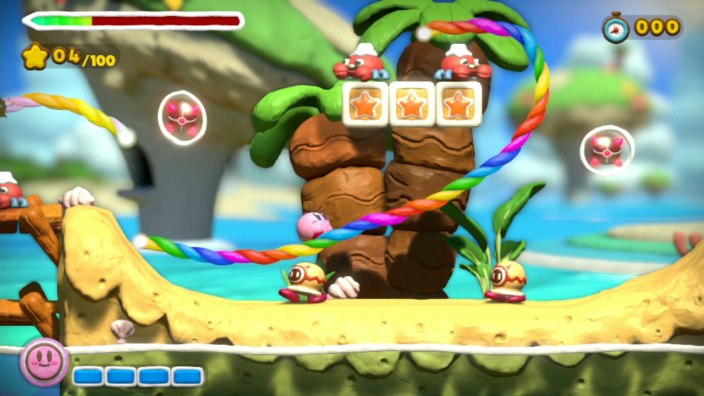 Just released this week, Kirby & The Rainbow Curse ($40 new, not available used) is the latest Nintendo game to lure casual gamers to Wii U by using intuitive touchscreen controls. First seen in the classic NES game Kirby’s Adventure, the little pink shape-shifting ball returns to make his way through modeled clay-styled side-scrolling levels, collecting stars, busting blocks, and changing into different forms. It’s designed for all ages, and with support for up to four players, appeals to couples and families alike. There are 28 main levels and over 40 challenge levels. 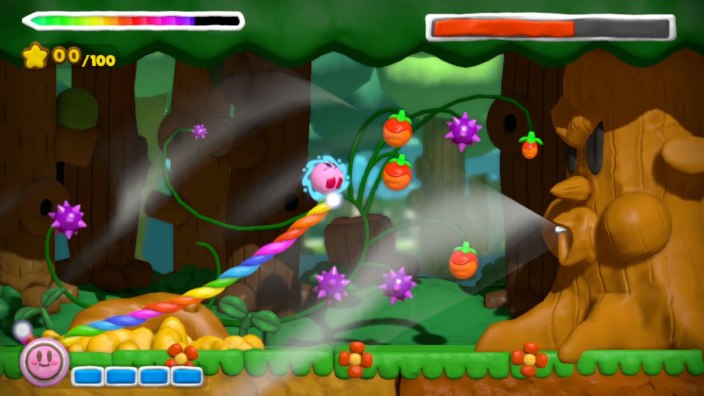 How Do You Play? Like the Nintendo DS game Kirby: Canvas Curse, Kirby is stuck in a ball, moving through levels automatically when you draw rainbow lines and loops on the screen beneath him. He speeds up as he goes through loops, dashes (and breaks through otherwise-obstructing blocks) when he collects 100 stars, and morphs into vehicles. You can use the Wii U Gamepad’s built-in stylus to sketch lines. 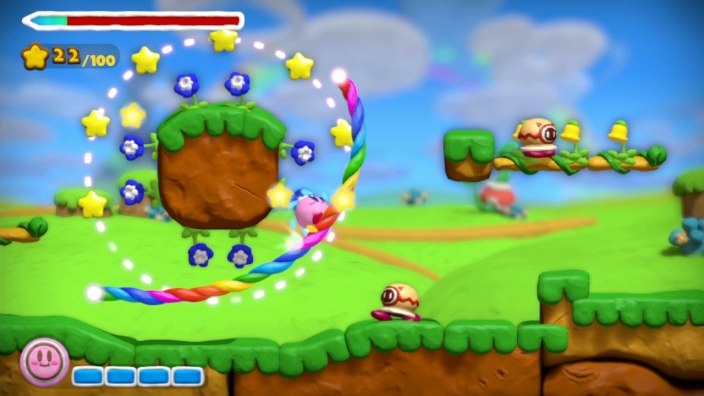 Why Is It Great For Couples? The touchscreen interface and simple drawing play mechanic is accessible for any type of player — if you can sketch a line, you can play. But if you want to use a simple game controller, Kirby & The Rainbow Curse supports two, three, and four player modes with Wii Remotes, adding Waddle Dee companions who attack enemies and carry Kirby. Waddle Dees get to play the game like an old-school Kirby platformer, which may appeal to some players.

Are There Other Items or Versions To Consider? Amiibo figurines for Kirby, Meta Knight, and King Dedede are now widely available and can unlock additional content in Rainbow Curse. The handheld Nintendo DS prequel to Rainbow Curse, Kirby: Canvas Curse has long since been discontinued, but used copies of the game are available starting at $30. On modern consoles, you can play as Kirby in Super Smash Bros. for Wii U ($53, regularly $60) and Super Smash Bros. for 3DS ($39). The Super Smash Bros. series is one of the most popular for every Nintendo console, and these latest versions are hugely acclaimed, with plenty of Kirby (and other Nintendo character) goodness to be discovered.

Check Out Our Earlier Gaming For Couples Columns!