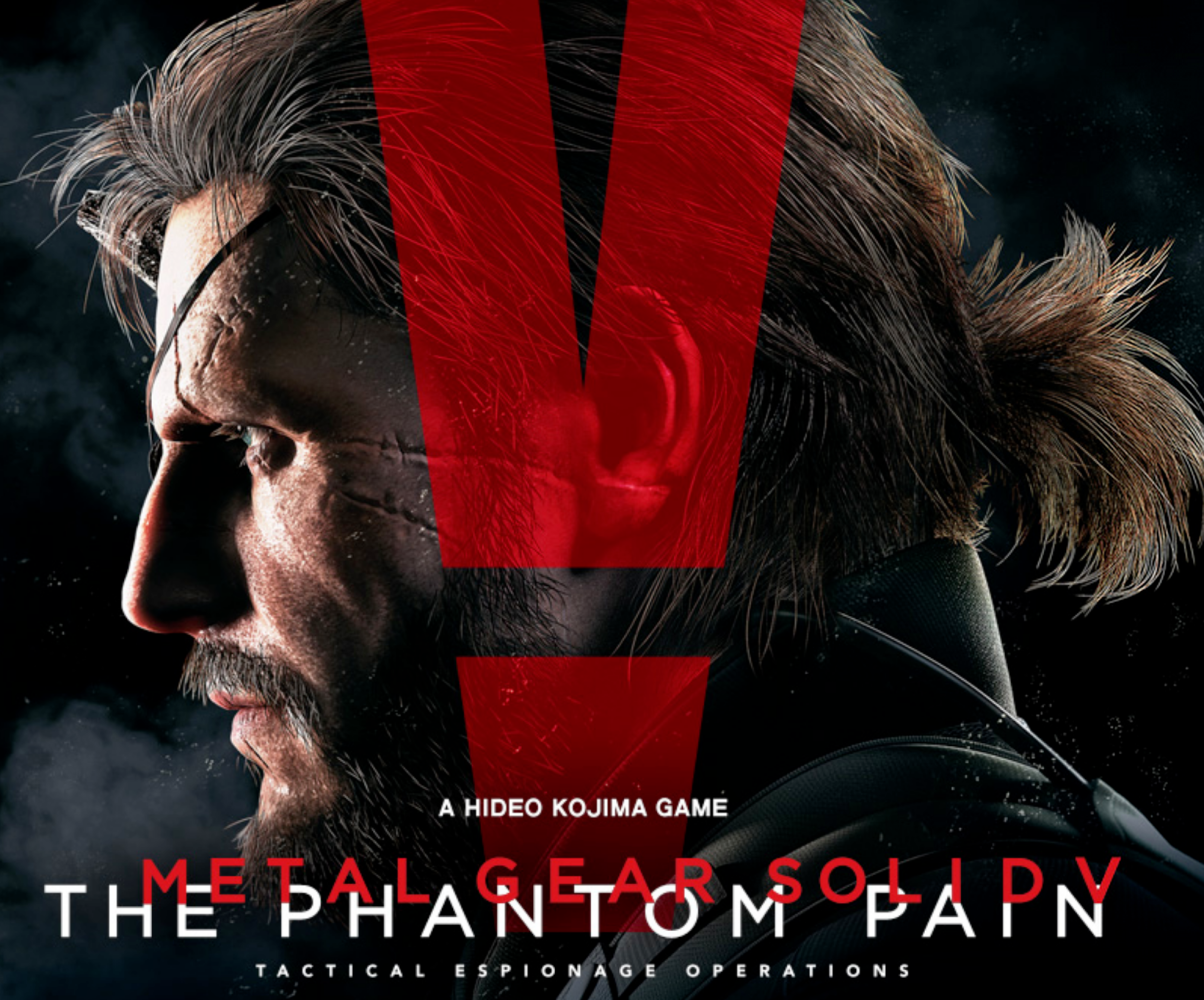 Update (3/9 5:25pm): The Metal Gear Solid V: The Phantom Pain Collector’s Edition on all platforms is now available for preorder on Amazon

Well, if you’re anything like me you have been waiting for an official release date on the highly anticipated launch of Metal Gear Solid V: The Phantom Pain. While series creator Hideo Kojima had previously stated that the game would hit sometime in 2015, we now know it will be available on PlayStation 3/4, and Xbox One/360 on September 1st, 2015. While the latest iteration of Metal Gear Online (MGO) is also scheduled to hit on the same day, PC players will have to wait another few weeks until September 15th to take control of Venom Snake.

Not only did we get an official release date, but Konami has also outted details on the special edition packs and a brand new exclusive Phantom Pain PlayStation 4: 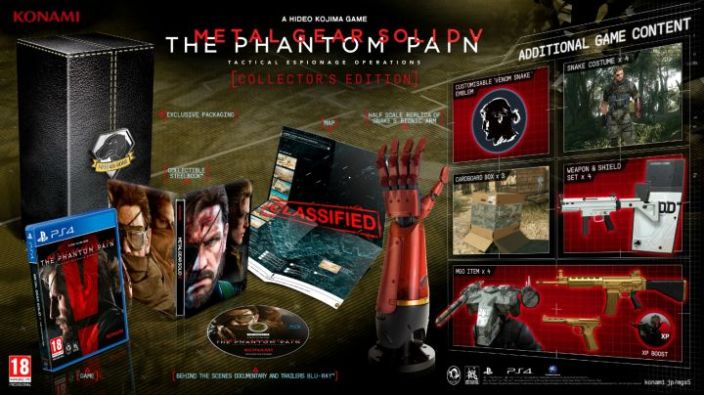 We are getting two special versions of the game with the Day 1 and Collector’s Editions. The $99 Collector’s pack ships with the main game, a half-scale replica of Snake’s bionic arm, SteelBook case, behind-the-scenes Blu-ray, and a physical map. There is some extra digital content inside as well like special costumes for Snake, cardboard boxes, MGO gear and the Adam-ska Special Handgun.

The Day One edition will run you $60 and comes with a physical map as well as some additional digital content. Full list below.

As for the upcoming, limited edition Phantom Pain themed PlayStation 4’s, details are limited at this point. It sports a deep red front face plate matching the color of Venom Snake’s bionic arm and a gunmetal gray DualShock 4 controller. It appears it has only been scheduled to be released in Asia so far and will be sold as part of the PlayStation 4 limited edition Metal Gear Solid 5: The Phantom Pain bundle.

If you’ve yet to dive into the Phantom Pain’s prologue release, Ground Zeroes, the game is readily available for as low as $8 on 360 and $14 on PS3 ($20 on current gen boxes). While short in length, it was designed as an introductory experience to Metal Gear’s new open world format and a great way to see if the full release is worth your time.

Head over to our daily roundups for the best gaming deals across every platform.