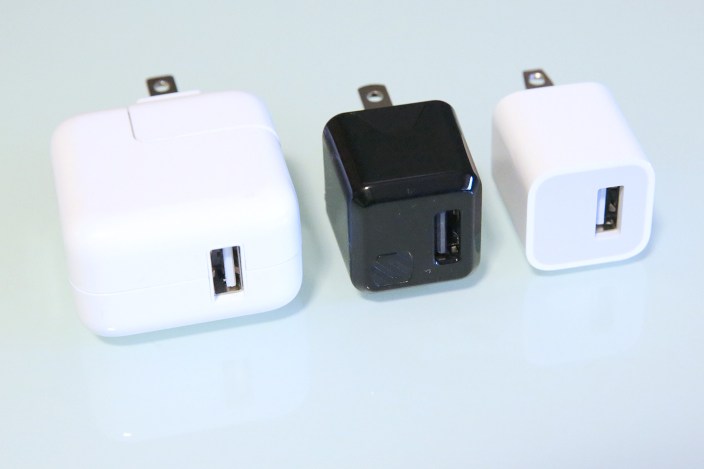 Last year, iffy rumors claimed Apple was readying a redesigned U.S. iPhone wall adapter, featuring a wider body that presumably could output additional power. That didn’t happen, but third-party developers told us that they were ready with something better: chargers with iPad-caliber power, in roughly the same footprint as Apple’s iPhone adapter. That’s exactly what Scosche has accomplished with SuperCube ($20), which as you can see from the photo above is the smallest 12-Watt USB adapter we’ve seen. Offered in white or black, it has enough power to recharge any iPad, iPhone, or iPod at the maximum possible speed. And for the next week, Scosche is offering it at a special discount to 9to5Toys readers. 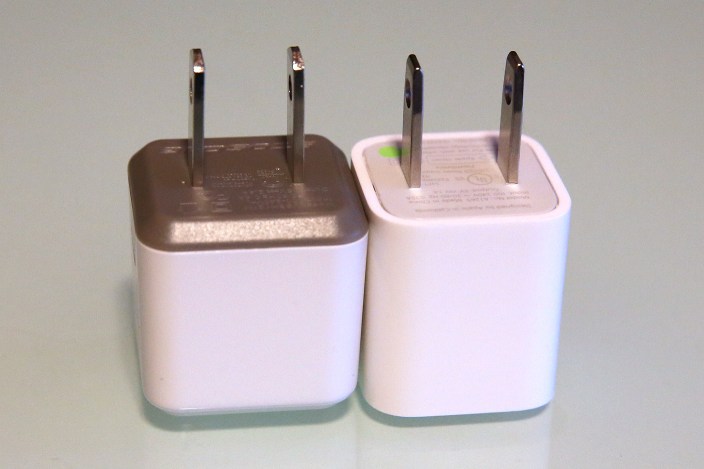 SuperCube uses a gently tapered trapezoidal shape that tapers from 1″ square on the USB end to around 1.1″ on the wall blade end and 1.8″ in total depth — mere millimeters larger than Apple’s 5W USB Power Adapter. The difference is in power: SuperCube can do full-speed recharges of literally everything from the 12W iPad 3 and 4, all of the other 10W iPads (including Airs and minis), newer 10W-capable iPhones, older 5W iPhones, and 2.5W iPods. We tested it with the super-power-hungry iPad 4, as well as iPhones and the iPad Air 2, and confirmed that the SuperCube works just as Scosche promised. Best of all, it doesn’t get hot, which is a big deal for such a small charger.

We knew when we first saw SuperCube that this would be a great pick for 9to5 readers. Scosche is sweetening the deal by offering it for only $12 (a 40% discount!) if you click here and apply promo code 9to5mac. Grab it now and you’ll get a fantastic price, plus a substantial space savings on a full-speed iPad wall adapter for travel. It also works with Samsung, HTC, LG, Nokia, Motorola, and other USB devices. More pictures are below… 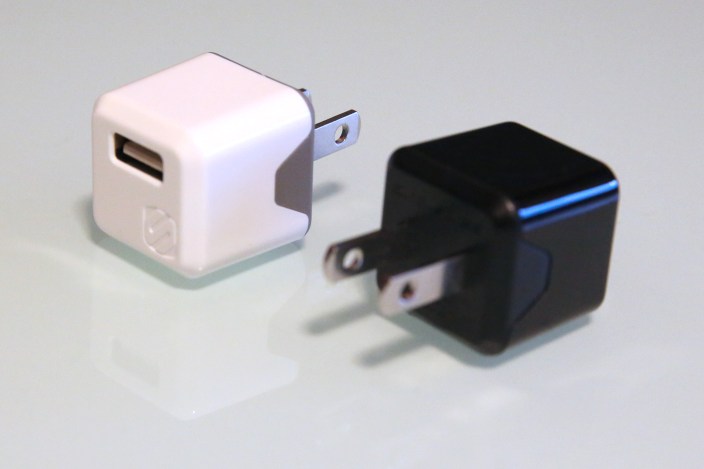 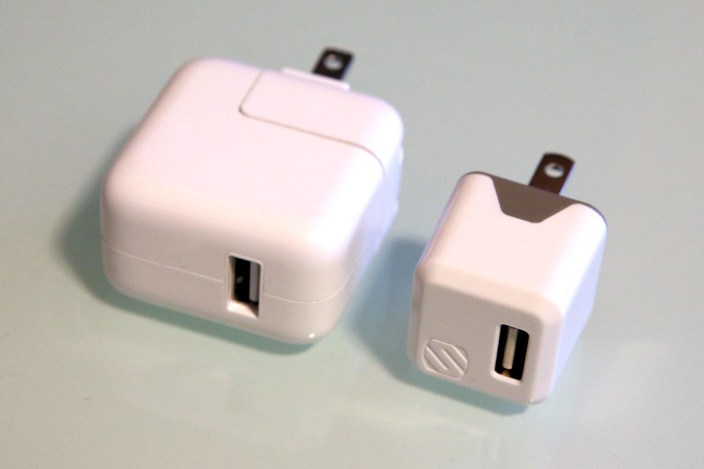 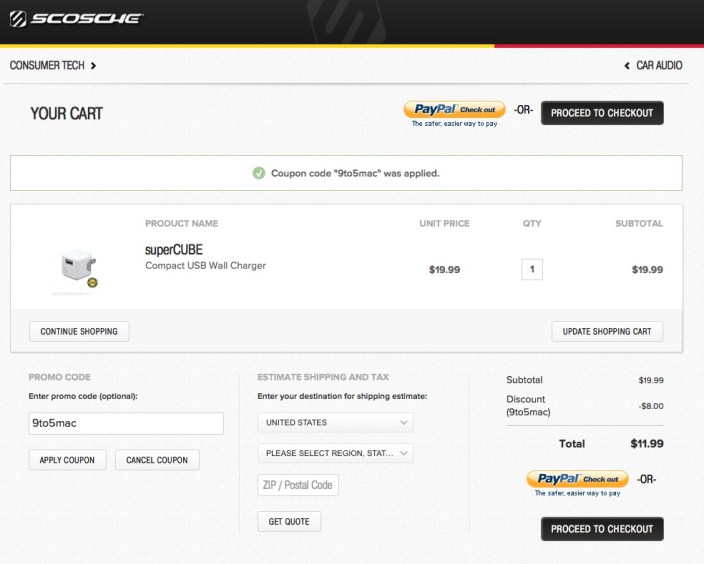 At only $12 with the 9to5mac promo code, SuperCube is an awesome deal. If you need extra Lightning to USB cables for your new charger, you can grab this affordable 3-pack of Apple-certified Lightning cables for $21, or this travel-friendly, $15 Scosche retractable cable.