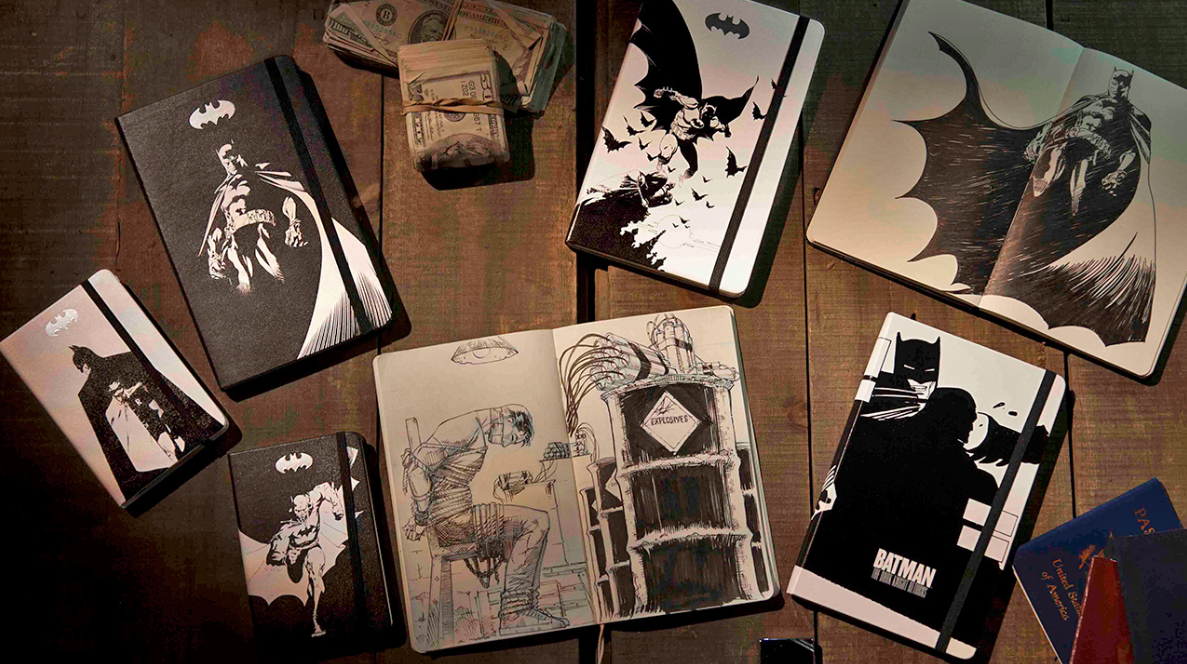 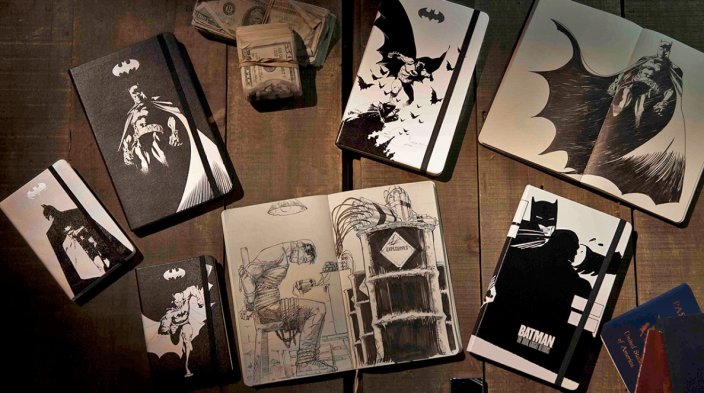 Batman will soon be fighting writer’s block and avenging a lack of creativity from those who struggle to think outside the box. Moleskine has announced that it will be releasing a limited edition run of Gotham-themed notebooks. Writers and artists will find five different versions in all, each depicting a different scene of the Dark Knight in action. There is even a special short film about this release:

Moleskine’s limited edition Batman notebooks are available for pre-order today in two different sizes, starting at $18. This line of products is slated to begin shipping on April 15th. Check out the full line of Moleskine products for more notebooks and journals.

Steam rises up from the cobblestones. It bites at the ankles of the tall shadowy figure making his way down the dark alley. He lights the match. The hostage cries out. Will Batman make it across town to save the day?

In this tense 60-second short film, Grammy-nominated director Edson Oda brings the seedy underbelly of Gotham City alive on the pages of Moleskine notebooks to celebrate the launch of the Moleskine Batman Limited Edition Collection. Batman arrives on the cover of a Moleskine notebook – one of five designs that celebrate the urban superhero’s comic book heritage. The ivory-colored pages inside the notebooks are for sketching your own Batsuit, Batsignal or sinister cityscapes. Themed stickers are contained in the back pocket.

To mark the new collection we’ve created a Batsignal MSK template. Download it for free from the “Workshops” section on  moleskine.com/templates, print it out and hold it against the light to project your Batsignal. Take a creative photo and enter it into the #CreativityChallenge for your chance to win a box of Moleskine treats including a copy of the Moleskine Store exclusive Batman notebook, which features original illustrations from The Dark Knight Returns graphic novel.