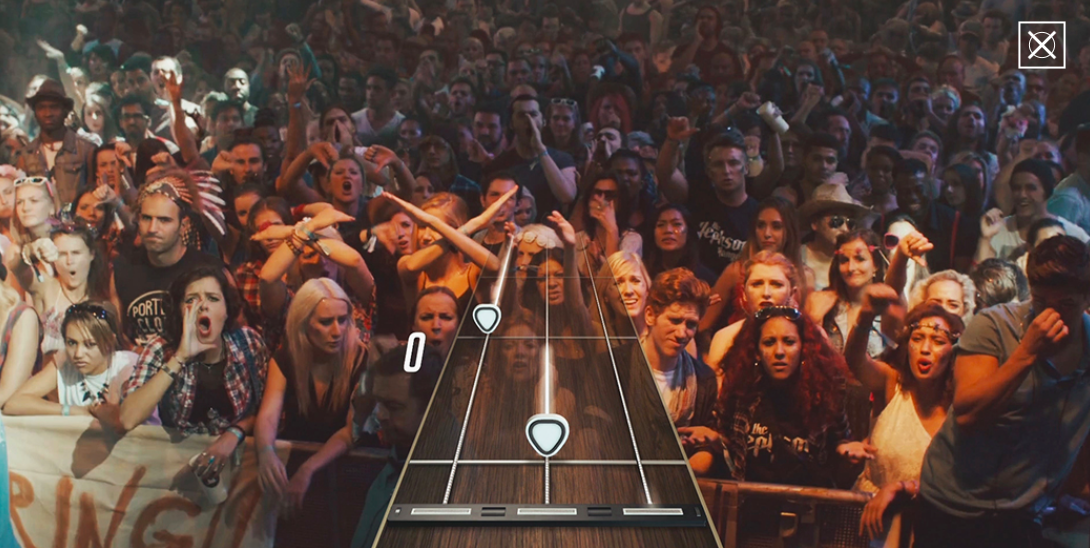 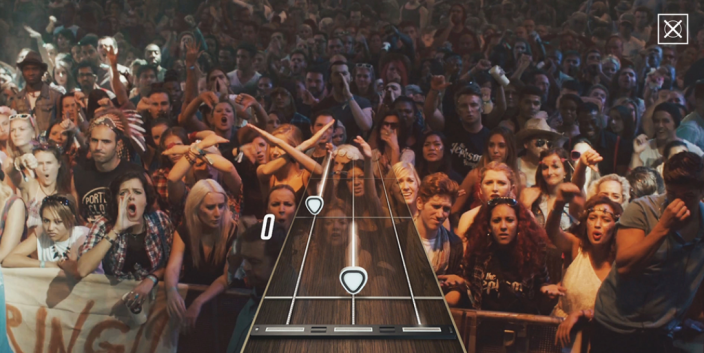 Watch out living room rockers, Guitar Hero is coming back this fall with a whole new release for all the popular gaming consoles. Activision has announced that it’s reviving the popular band game after a five year hiatus with new gameplay modes, an updated controller and a fresh track list with hits from a number of popular artists. With a new version of Rock Band 4 on the horizon, it’s no surprise that its gaming counterpart will be getting a new release as well.

We’ve got the full details on new gameplay modes, a redesigned guitar and how you can pre-order Guitar Hero Live today…

Guitar Hero veterans will first notice that the entire game has shifted to first person mode, putting gamers squarely in front of a real life crowd so every reaction to that killer solo is easily visible. A new track list is packed with hits from artists like The Black Keys, Gary Clark Jr., Ed Sheeran, The Lumineers and many more.

Virtual instrument enthusiasts aren’t just getting a new game, Guitar Hero Live will ship with a re-designed guitar that features a noticeably different button layout. Gone are the days of the five button multi-colored layout, replaced with a three by two button design that looks like an authentic guitar. This should make for a more realistic experience.

Other new game features include a mobile experience on “select devices” and a GHTV mode that shows real music videos while gamers play the songs. This extra mode is subscription free, although it appears that you’ll be limited to whatever song is playing on the channel at any given moment. Unlike Rock Band’s upcoming release, prior catalogs of songs are not expected to carry over to this new version of the game.

Guitar Hero Live is available for pre-order today, $99.99 gets you the new guitar controller and a console specific game. It is available for Sony PlayStation 4, Xbox One and Wii U, as well as Xbox 360 and PS3.