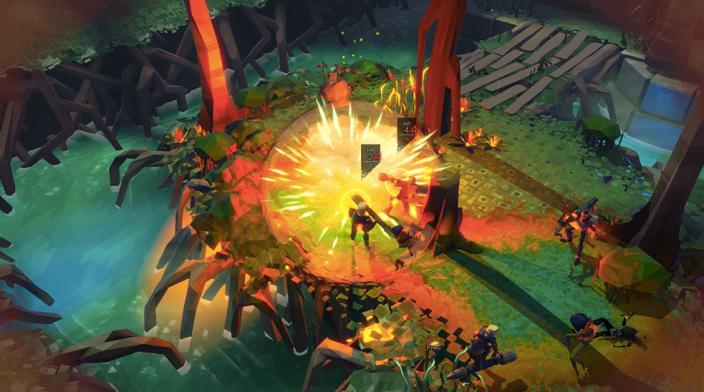 As we head into June, Microsoft has revealed its free games for Xbox Live users next month. Subscribers can expect four titles across Xbox One and 360 consoles. Head below for full details and the window of availability for each title.

The lead game for June is Massive Chalice, a new title born out of a Kickstarter campaign. This strategy meets fantasy puts gamers in the shoes of the Immortal Ruler, who sets out to defeat a “mysterious enemy” named Cadence. Lead your troops as time advances while characters evolve and die off. Massive Chalice regularly goes for $20 as a digital download, it will be available for the entire month of June.

Once again, Xbox One users will be able to download Pool Nation FX ($14) throughout June. Xbox 360 users will be getting Just Cause 2 ($15) during the first half of the month (1-15) and Thief for the last two weeks. The former is an open-world action game that takes Rico Rodriguez through southeast Asia as he tries to overthrow the evil dictator Pandak Panay. Meanwhile, Thief features a first-person stealth experience and “jaw-dropping” technical possibilities.

We currently have a great deal on a new Xbox One for the lowest price that we’ve ever seen for this console in new condition. Be sure to check out our daily roundup of the best gaming deals.