Review: Mohu Channels makes an effort to bring all your TV services together, Leaf antenna goes on sale 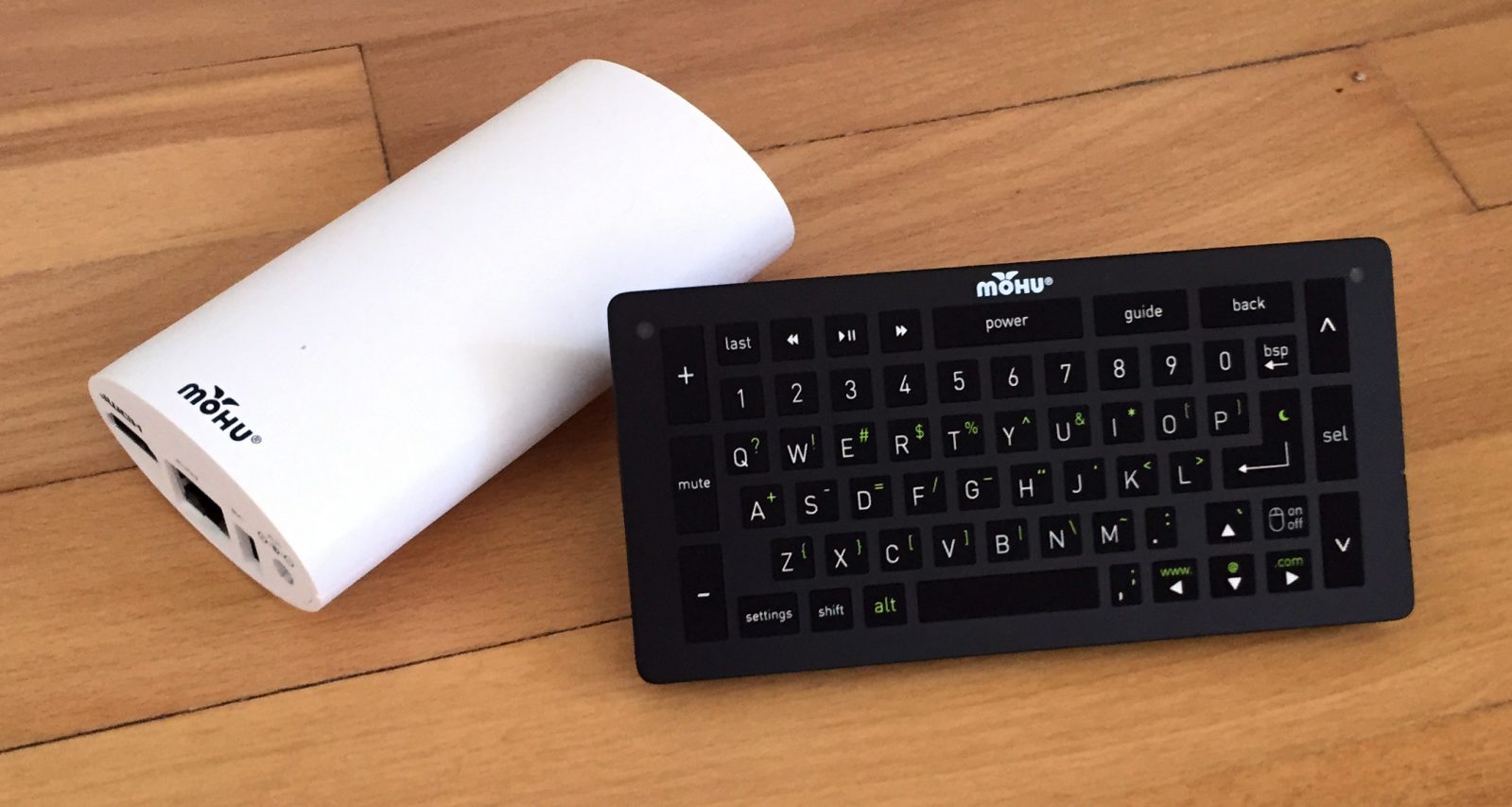 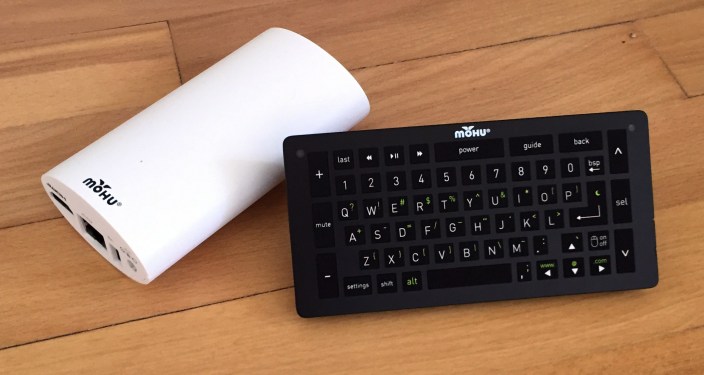 The amount of options for consuming entertainment on your television these days seems endless. Aside from traditional cable and satellite services, you’ve got streaming options from Netflix, Hulu and Amazon. Even ala carte style is making a push with Sling TV and of course there is traditional over-the-air channels. Unfortunately, there isn’t really a viable option for bringing all of these things together.

Mohu has attempted to change that with its Channels device, which takes OTA network channels and combines them with a number of streaming services in one package. If it sounds like a lot to bring together, you’re right, it is. Mohu has set out to combine all of these viewing options. I’ve spent the last few months tinkering with this system and it’s certainly worth talking about… 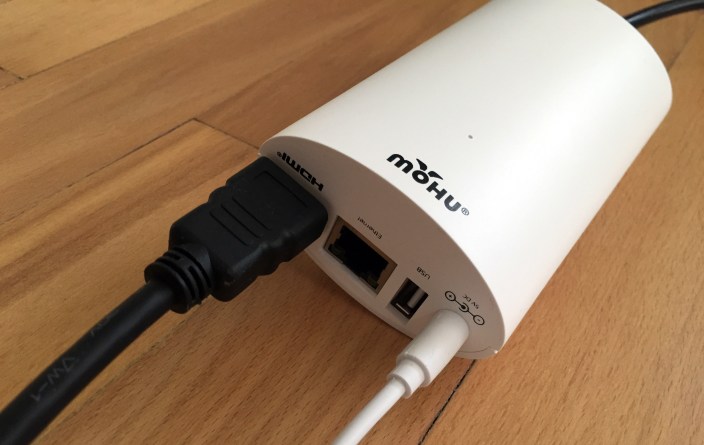 The whole system starts with a cylindrical white box that acts as the brains of the operations. It has power, HDMI, ethernet and USB inputs on one end and a coaxial jack on the other. It has built-in Wi-Fi, so the ethernet is just in case you need a stronger connection. The HDMI output is a nice addition as it ensures the best quality signal coming out of the box. Mohu’s design here is a little bit confusing because the shape isn’t designed to stand up and there is hardly any weight to it. Because of that it just kind of falls behind your TV with nothing to keep it in place. 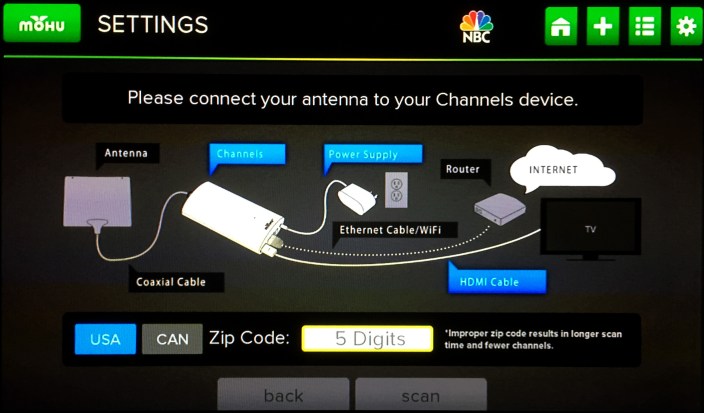 Mohu Channels is built around an Android OS, not Android TV, which would make more sense. In fact, the device acts as a tablet for all intents and purposes. The initial setup is a little unstable, it took me a few times to get the system to start up, which was a recurring theme when I’d return to the TV. Input is handled by the included candy bar style remote that has a QWERTY keyboard which also acts as an on-screen mouse. After connecting your antenna, the system will ask for your zip code and gather all the available channels in your area. I found this to be fairly reliable, although one network station that I typically receive was not found by Channels. 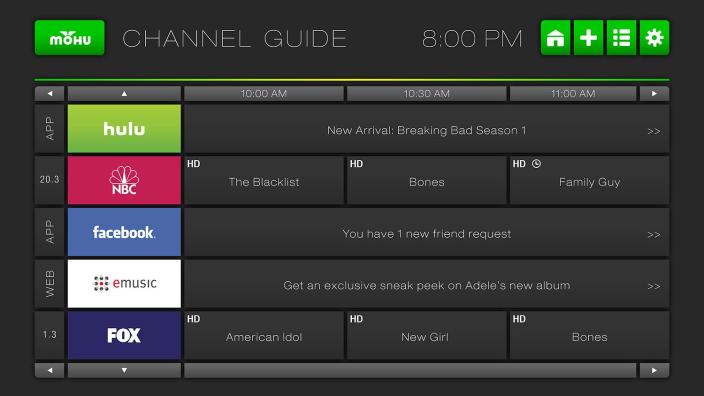 After the channels are setup, the guide loads and shows you what is on TV at that given moment. This is where everything gets interesting. Part of the goal of Mohu Channels is to integrate your favorite streaming services, Netflix, Hulu and the like into your channel guide, making it a one-stop-shop of sorts. You’ll have to load the web version of the Google Play store – that’s right, there isn’t a native app store on the device – and use the on-screen mouse to install the apps you need. This is one of my biggest complaints about Mohu Channels. Navigating the Google Play store with the on-screen cursor is a pain. It’s like using the original Wii if it were on hallucinogens. It made me feel like I was playing Operation with the fate of the world depending on the outcome. Frankly, it didn’t work, but is required for using third-party apps. 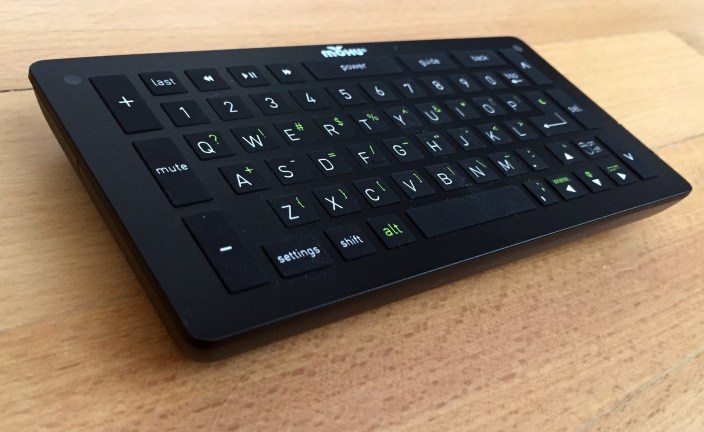 The web browser is a nice idea in theory but you can forget about going to any site that requires Adobe Flash or the like, which means there isn’t much value there. By forcing a tablet version of Android’s OS into the system there are often moments where mishaps occur, buttons will be out of place and the whole thing simply freezes. The idea is great, but unfortunately the execution did not meet our standards. For $99, you’d be better off looking at alternatives from TiVo ($50 + subscription or one-time fee) or Xbox One’s new add-on that brings OTA compatibility to the popular gaming console. 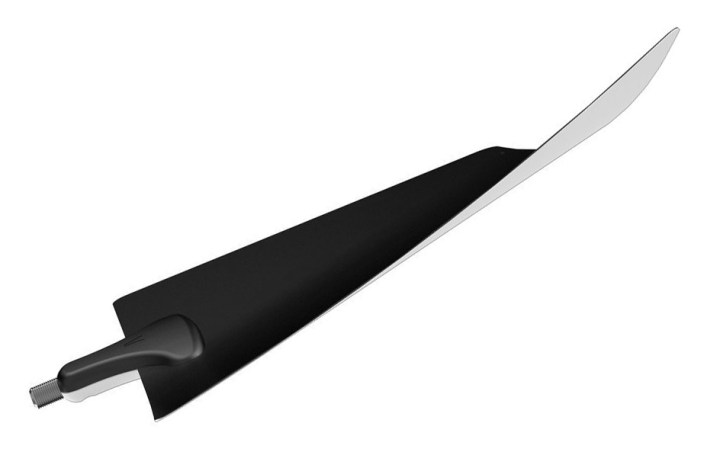 That said, we love Mohu’s antennas. The Leaf Paper-Thin HDTV antenna is available today for $35.32 shipped at Amazon, which is its lowest price from that retailer in nearly a year. It features a sleek design that is capable of picking up channels within a 30 mile radius and includes a one-year warranty. If you’re in the market for a new over-the-air option, we’d start here. Rated 3.9/5 stars.