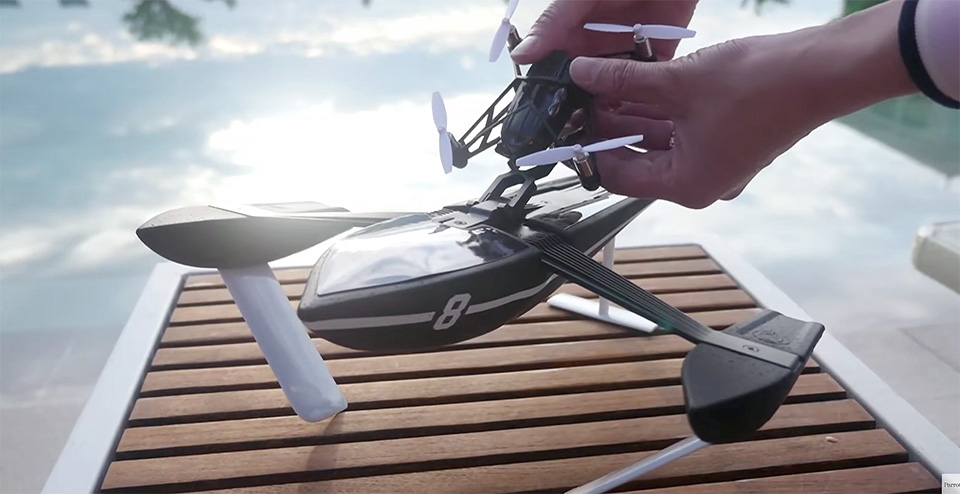 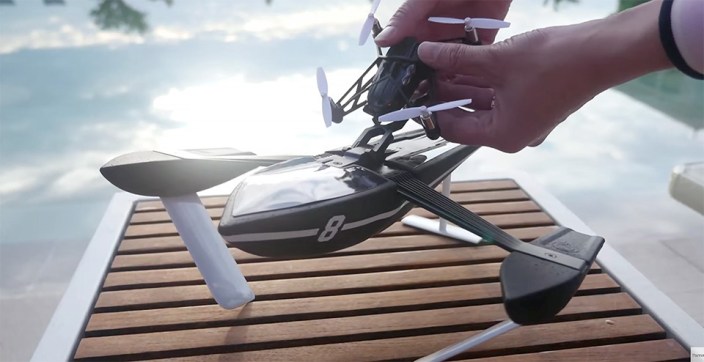 Today we are getting a first look at Parrot’s new addition to its family of MiniDrone offerings. All told, the French manufacturer will be releasing 13 different variations that cover a wide variety of different activities.

Head below for full details and videos.

First is an updated model of the Rolling Spider, which has had its share of ups and downs according to consumers. There will be three new versions, the first of which for $145, Airborne Night will have an on-board camera that points downward with LED headlights for added visibility. Another model will enable the drone to propel across the water for $190, called the Hydrofoil (see above video). Finally, the Cargo that is designed to move LEGO will be available for $110.

Additionally, a number of new Jumping Drones will also be released. Much like the original Jumping Sumo, which are dual wheel vehicles that are remote controlled. These are designed to handle off-road activity and no surprise, can jump up to 32 inches off the ground and can capture video on a 4GB memory card. The new jumpers will come in two models that will both retail for around $220: a night version that will have built-in LEDs and a racing model that will go up to 8 MPH.

Parrot plans to release full details at an event on July 2nd in the UK. We’ll circle back and update this post when additional information is available. If you need a cool little drone in the meantime that doesn’t cost too much, you can get one for around $20 Prime shipped at Amazon.