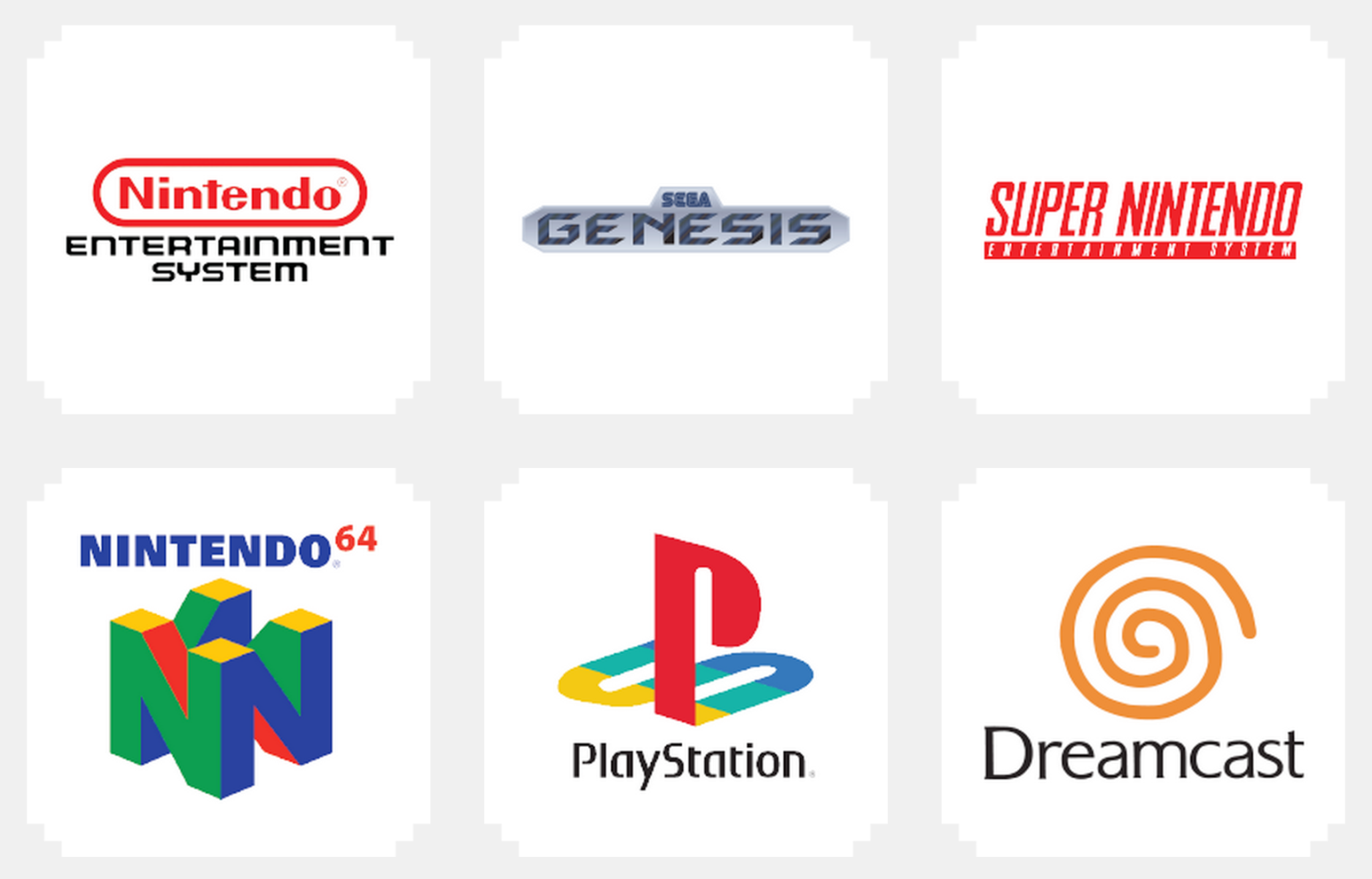 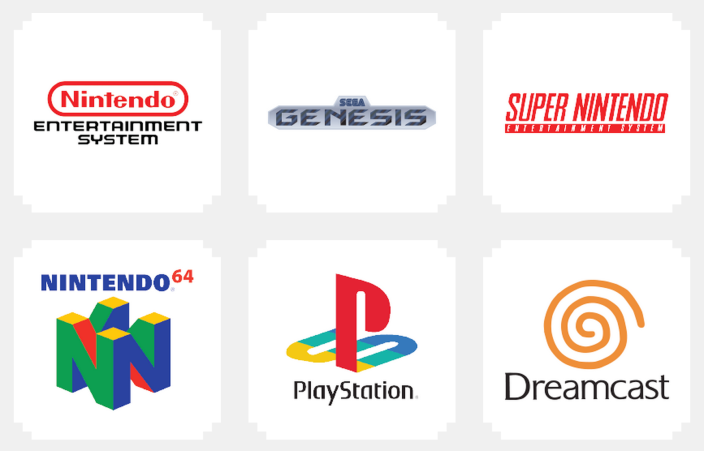 GameStop took to its Twitter account this morning to announce the launch of the new Retro Classics section on its online storefront. The national gaming retailer is stocking everything from refurbished vintage consoles to a wide selection of pre-owned NES, SNES, Genesis, N64, PS1 and Dreamcast titles:

The vintage refurbished consoles start at $34.99 for the Sega Genesis, $39.99 for PS1 and $59.99 for an SNES. Judging by the going rate for these, those prices seem to be fairly reasonable, especially considering most options that might be less won’t be nearly as dependable as GameStop will be. Having said that, it is possible to find these for less from independent sellers on eBay and third party options on Amazon.

The games start at around $9.99 each on most platforms, and go up from there. There looks to be quite a large selection here, including a number of rare Dreamcast games. While collectors will find a few hidden gems at reasonable prices, it is best to check around on eBay and other places before purchasing. You also might want to consider some of the digital re-releases of these games on PSN, Xbox Marketplace and the e-Shop if the hardware doesn’t add any value for you. For example, (as cool as it would be to have the original cartridge) the original DuckTales for SNES is $5+ more than the new Remastered version for current gen consoles. Games like Conker’s Bad Fur Day and Suikoden II are definitely fetching a premium here, listed at $79.99 and $89.99 respectively.

Be sure to check out our daily Game/App round-ups for all the best deals across every platform. 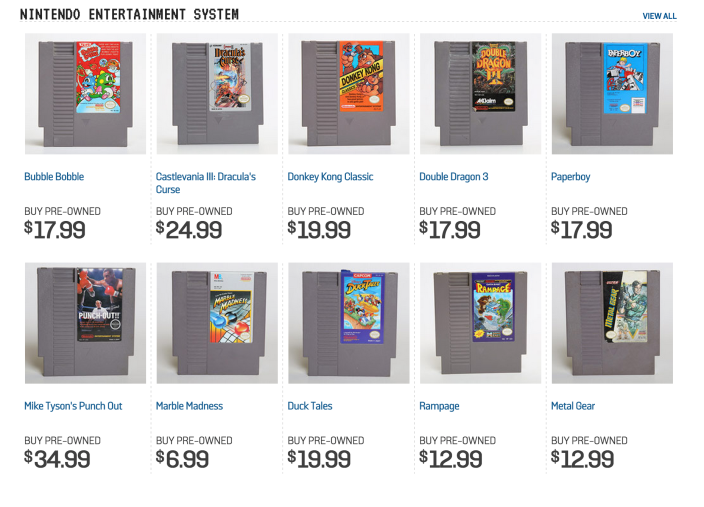 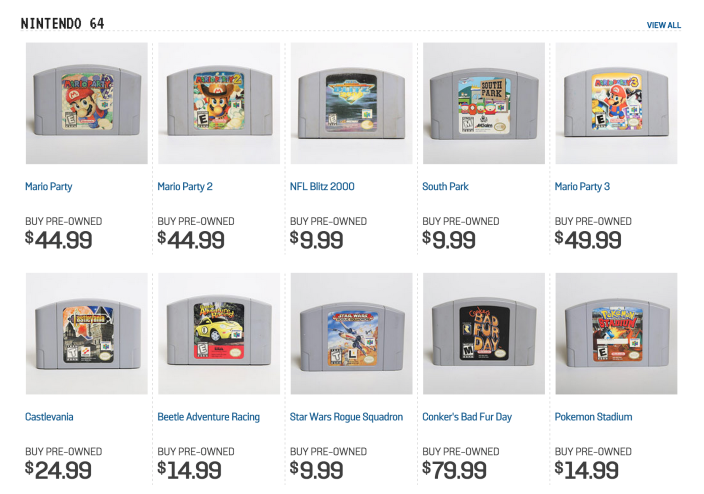