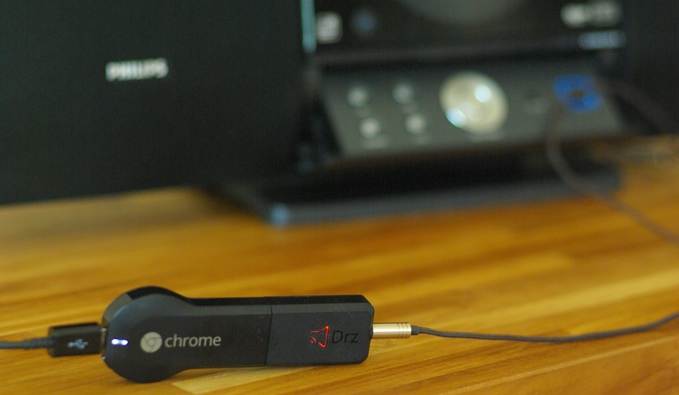 If you’re into wirelessly streaming audio to a set of speakers, your options seem endless. From AirPlay to Bluetooth to Sonos and LG, options abound in this time of less cords and greater convenience. Google recently got into the mix with its Google Cast for audio standard. However, the roll out has been slow and still isn’t available on many products. Google already has audio and video streaming capabilities with Chromecast, but that is limited to TV with its HDMI input.

A nifty little Kickstarter campaign has a plan to bring Chromecast’s wireless streaming capabilities to your speaker system with a dongle add-on. It’s an intriguing hack that seems so simple, you’d wish you would’ve thought of it…

JoyDrone is a female HDMI dongle that goes on the end of a Chromecast with a 3.5mm audio jack on the opposite side. It makes Google’s streaming device think that it’s connected to a TV, providing an audio signal out. The magic happens when JoyDrone takes the signal and grabs just the audio, in turn pumping it out to your speakers of choice. 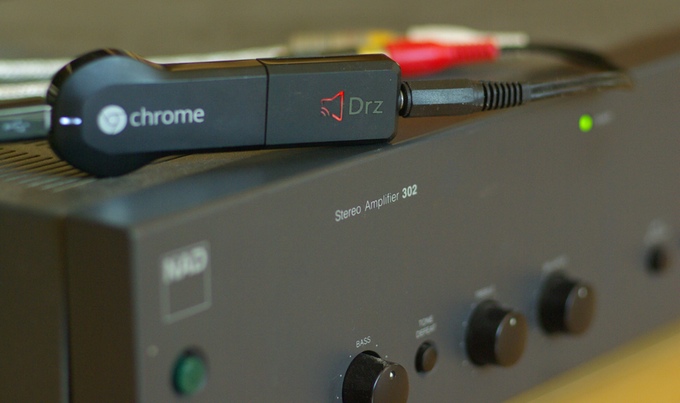 More and more services are adding support for Chromecast on both Android and iOS, making this a viable option. Although there are other workarounds that can pull the audio out of an HDMI signal, they aren’t too dependable or require an extra power source to get the job done. JoyDrone isn’t going to provide you with multi-room audio capabilities or a polished finish, but if all goes as planned, it’ll provide an affordable work around. If you’re interested in more refined audio options, we’d recommend SONOS for multi-room setups or LG’s Google Cast-enabled speakers.

So far, JoyDrone has raised about 10% of its goal with two weeks remaining in the campaign. A pledge of $19 will deliver a dongle for your Chromecast with a 3.5mm cable included.