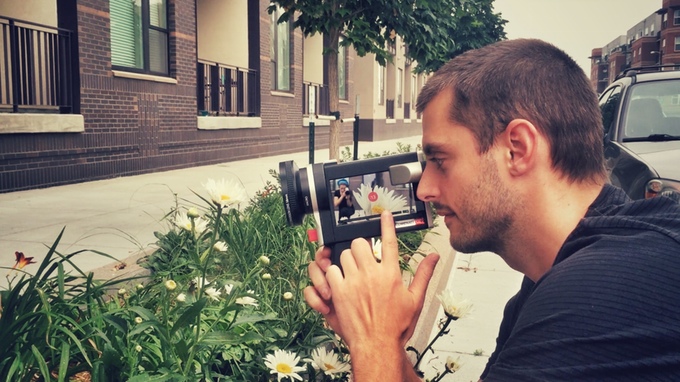 The iPhone 6 is one of the most advanced pieces of technology that consumers across the world have readily had access to. It has many advanced features, highlighted by some very strong technical specifications in the area of video and photography.

We’ve all had the experience of attempting to capture video with an iPhone, a sometimes very frustrating venture. Aside from the dreaded vertical shot, iPhone doesn’t necessarily have the best ergonomics for filming. The Lumenati CS1 is a new Kickstarter-backed case that provides your iPhone with much more than protection. It’s a full on Super 8 camera inspired system that controls the start and stopping of your camera, has an interchangeable lens system and many other features.

Created by a group of filmakers, the Lumenati CS1 leverages the power of iPhone 6’s camera system to create an easier filming experience. The “case” has a familiar design, with a handle and a slot for your iPhone 6 to slide right into. A viewfinder is on the back, while an interchargeable lens socket is on the opposite end, a bright red button that controls the operation can be found just below. The idea is that an iPhone 6 will slide right into the socket, enabling the CS1 to have access to the device while also providing a nostalgic feeling of inserting film. 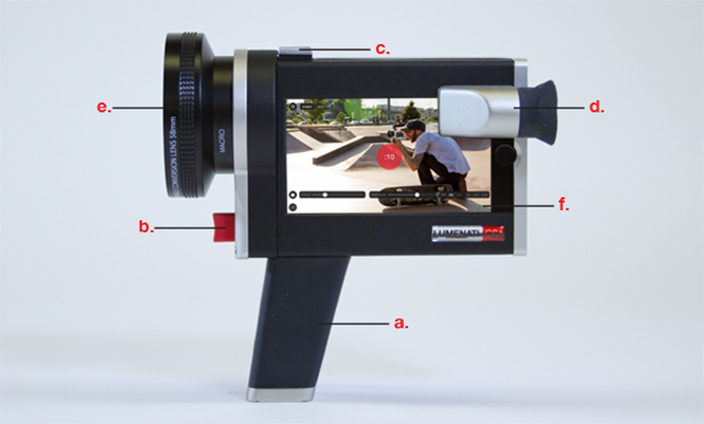 The lens system can handle any 58mm option, including fish eye or macro optics. Inside is a series of mirrors that connect the iPhone’s own camera to the lens. Its viewfinder on the back of the camera wins the battle of trying to see your device’s display in sunlight. There is a cutout out the side for easy access to controls, which are handled by a work-in-progress app designed by Lumenati. Recording begins when the red button beneath the lens is pressed and it must be continually held down to film. 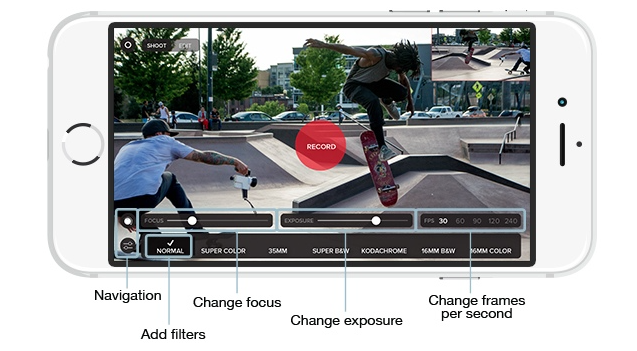 Lumenati plans to use the app to anchor the recording experience with filters and share sheets for Facebook, Twitter and all the other services typically found on iOS. The real potential for the CS1 lies in its ability to add a wide variety of lenses for different recording situations. A cold shoe mount can be found on top of the case for adding microphones or lighting to the mix. Lumenati also has a sport adapter that acts as a handle for recording in more difficult situations.

With 29 days to go, Lumenati has raised $20,000 of its $75,000 goal. A pledge of $150 sources early pricing and a savings of 40% off the retail MSRP. Additional funding levels provide lens options and other accessories.