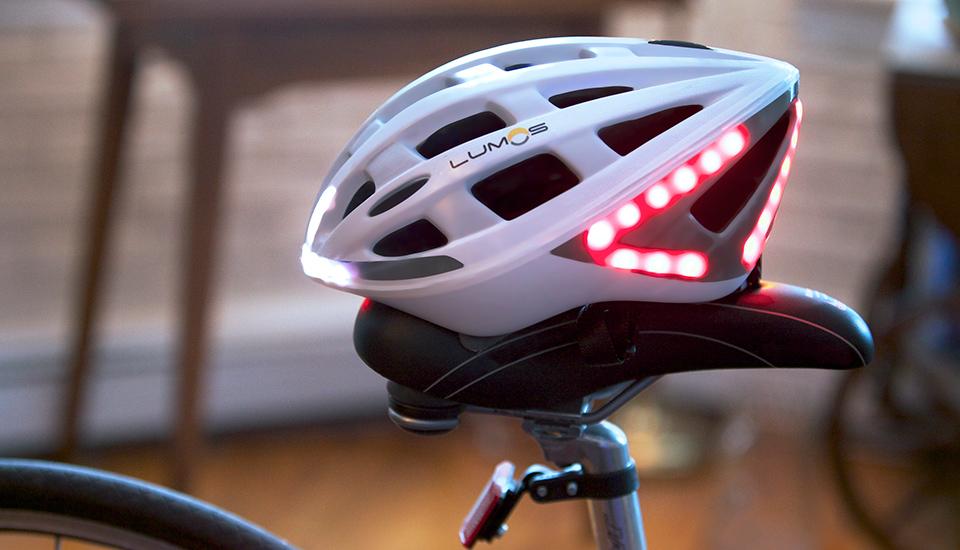 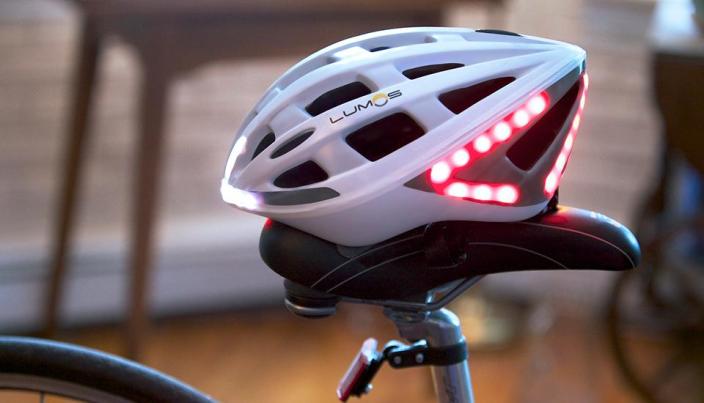 Bicycling can be dangerous, but thankfully companies are making an effort to improve safety with new technologies. We already detailed a new radar system from Garmin and now a new Kickstarter campaign is improving the bike helmet by integrating turn signals and brake lights into the headgear. The project launched a few hours ago and they’ve nearly hit their goal.

The Lumos next generation bicycle helmet has an intriguing design that makes certain that traffic can see you. LED lights are built-in to the back for signaling turns and braking, while the front has bright white lights for seeing ahead. The bright red yield triangle on the back flashes during the entire ride. A 1000mAh power supply provides about about two and a half hours of ride time on a single charge, the helmet weighs just a shade over 400 grams. 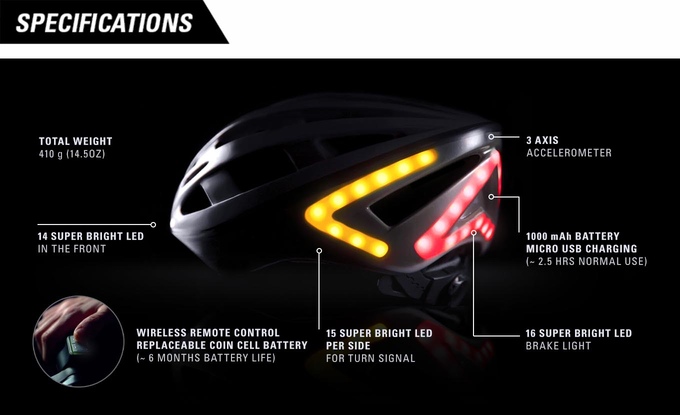 Lumos is controlled by a wireless remote that attaches to your handles, telling the helmet how to signal your next move. This removes the need to use signals and keeps both hands on the handles at all times. A simple press of the button activates the signal, another press turns it off. The remote has a water-resistant design and can handle six months of use on a single charge. 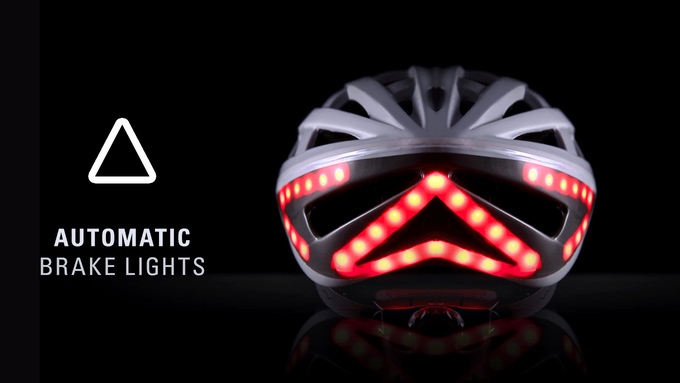 After just a few hours, Lumos has raised $85,000 of of its $125,000 goal. Most of the early bird options are gone, but a pledge of $99 will deliver a Lumos helmet with sensors and the wireless remote. It will retail for 40% more if it is fully funded.