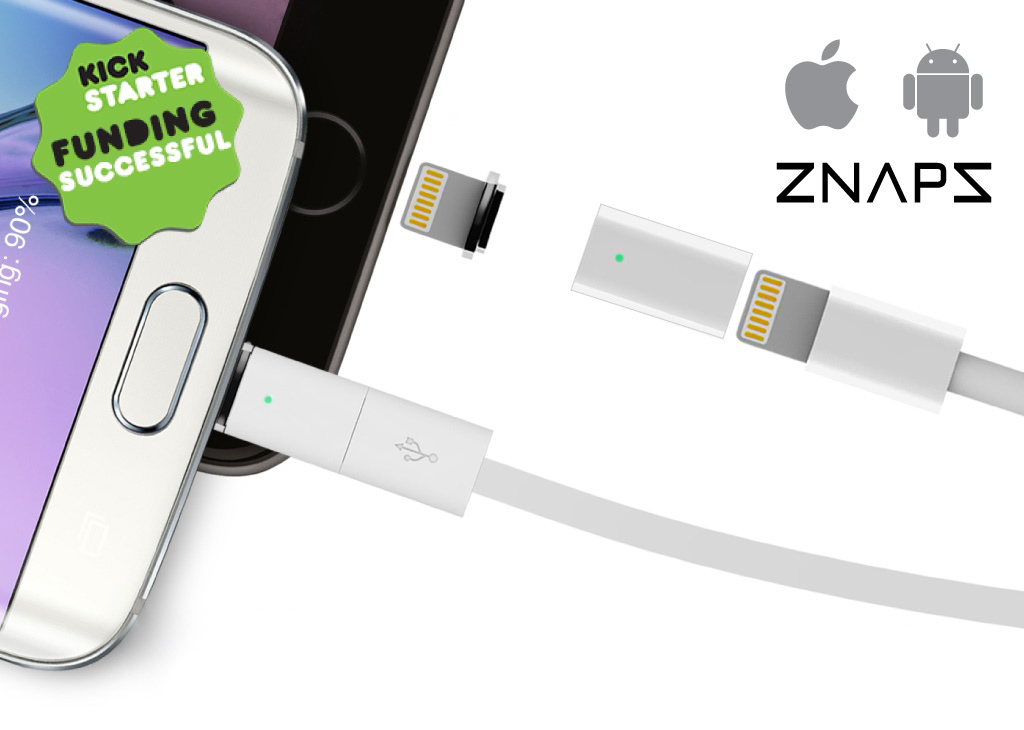 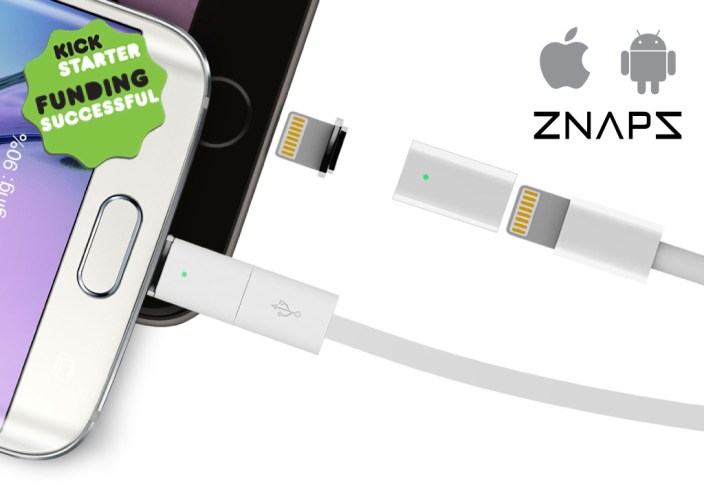 We have all certainly experienced this dreadful feeling at some point: accidentally catching your iPhone or Android’s charging cord with your foot, sending your device helplessly spinning across the room until it strikes the floor. Apple has long had MagSafe technology as a part of its laptop power supplies, although it may be on its way out, but it has yet to find its way to iPhone or iPad. The same is true of Android devices, we’ve come so far and yet our phones are easily turned into sling shots with an accidental trip of the cord.

Enter ZNAPS. A new Kickstarter project that is bringing the same concept of MagSafe to any Lightning or microUSB charging cable. Based on the response from the Kickstarter community thus far, there are a lot of users that desire this type of connectivity.

It has been roughly one week since ZNAPS launched the campaign and they have already managed to surpass their $94,000 goal by over 400%. The premise is fairly simple and one that we’ve seen before, but ZNAPS appears to have wrapped it into a more refined product than similar offerings.

The premise is fairly simple: a Lightning or microUSB male adapter is inserted into the charging port on your device while an adapter slides over the end of your existing cable to make it ZNAPS compatible. Whenever you’re ready to charge your phone, simply place the adapter end of your cable close to the connector on your device and the two will magnetically cling together. A small green light notifies you that your iPhone, iPad or Android device is currently charging.

There are a few other added features as well: microUSB becomes reversible with ZNAPS, taking the guesswork out of connecting your cable. Additionally, the campaign states that the connector will work with “any case” while providing a waterproof seal around your charging port. ZNAPS does not list MFI certification as a technical specification, we would hope that it is able to pass Apple’s rigorous manufacturing process when all is said and done.

With over $410,000 raised and an expected November shipment date, ZNAPS is a nearly certain to come to market. Currently a pledge of $9 will deliver one connecter and adapter in either styling in the fall. Additional pledge levels offer different combinations of connectors and adapters to outfit all of your devices.