Review: The Bang & Olufsen Beolit 15 is a big-ticket Bluetooth speaker with a lavish design 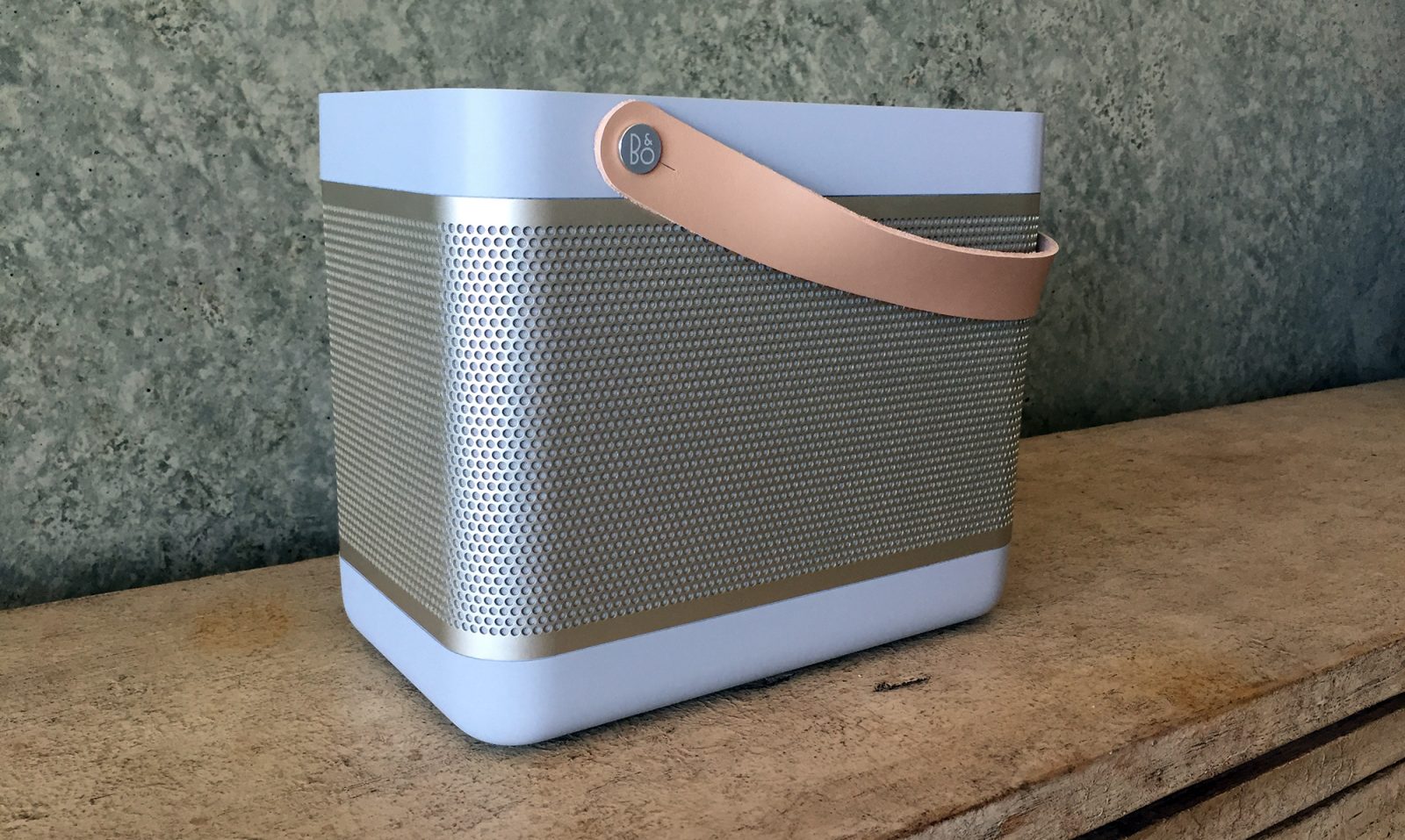 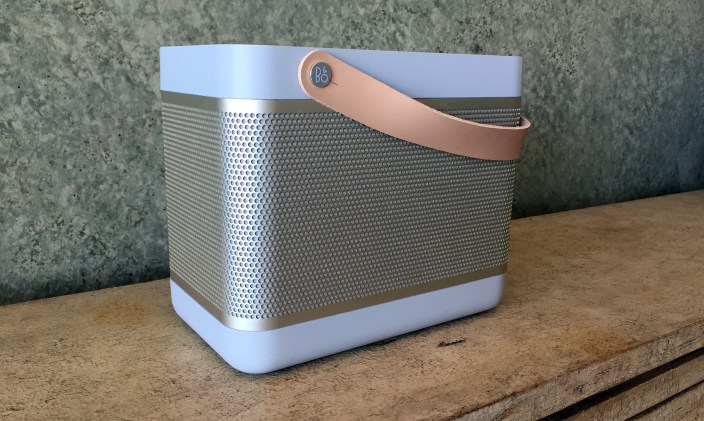 We see a lot of Bluetooth speakers come through for review that typically fall in the $50-$300 range, rarely topping a price mark higher than that. The question is: do higher priced models deliver a superior sound experience to justify spending two or three times as much other options?

Bang & Olufsen is known for its great sounding audio equipment that have beautiful designs but aren’t necessarily the most cost-effective for the average consumer. B&O released the Beolit 15 back in the winter as a new addition to its family of more affordable B&O PLAY audio products. After spending a few weeks with this Bluetooth speaker, it’s time to answer the question of affordability vs. quality. 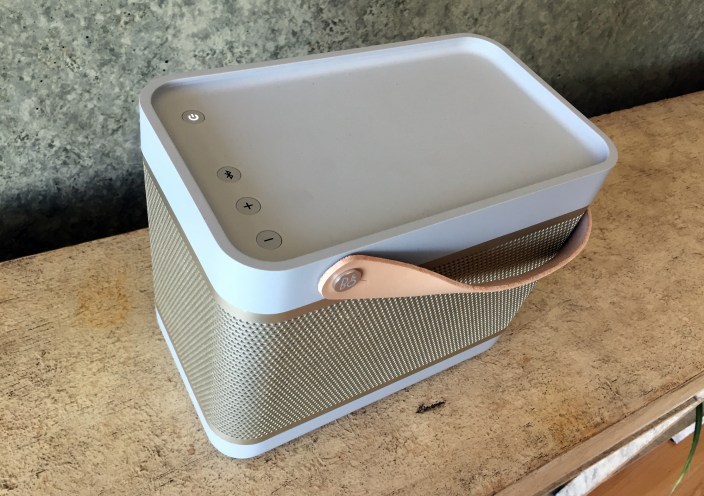 The gorgeous looks of the Beolit 15 are immediately obvious after pulling it out of the packaging. Our model came with a “Natural Champagne” finish on the anodized aluminum speaker grille, one of three color choices. The shear weight of the speaker is very impressive. As expected, Bang & Olufsen delivers a top-of-the-line finish on the Beolit 15. Its champagne color looks beautiful and the full grain leather handle is helpful for toting it around. Subtle accents like the small B&O logo are nice additions. The differences between less expensive plastic “sport” Bluetooth options and the Beolit 15 are very obvious, the weight, feel and finish are all top notch.

On top of the speaker is a “non-slip tray” for resting your device and a four-button layout with power, Bluetooth and volume controls. Like many wireless offerings on the market now, the Beolit 15 supports multiple connections at a time for alternating device playback and supports the aptX codec. B&O has loaded this speaker up with power, it can push out up to 240 watts and has a battery life rated for 24 hours at moderate volume levels. The speaker automatically reduces its volume level when the battery gets lower, enabling prolonged use in most instances. A subtle beep reminds you that it’s time to recharge, which is handled by a small cord that is stored behind a little door on the back.

It has four active drivers and two passive bass radiators plus three 37mm tweeters. These are located all the way around the speaker creating what Beolit calls its True360 sound experience – essentially marketing talk for: it plays music in all directions. 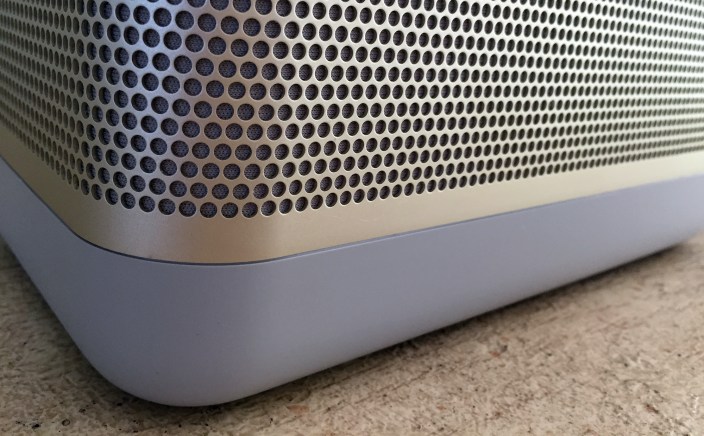 In considering how best to put the Beolit 15 to test, I settled on a few different locations. First is our great room and kitchen which has 12 foot ceilings and is roughly 600 square feet in size. This large space makes it easy for audio to get lost at lower volumes or distorted when cranked all the way up. There was no issue with filling the room with sound for this speaker, it was crisp on the highs and full on the lower end. Distortion rarely came into play but that was primarily at uncomfortable volume levels anyways. I did notice that the sound was fuller when the speaker was placed in the middle of the room vs up against a wall, likely due to the 360 degree placement of components. 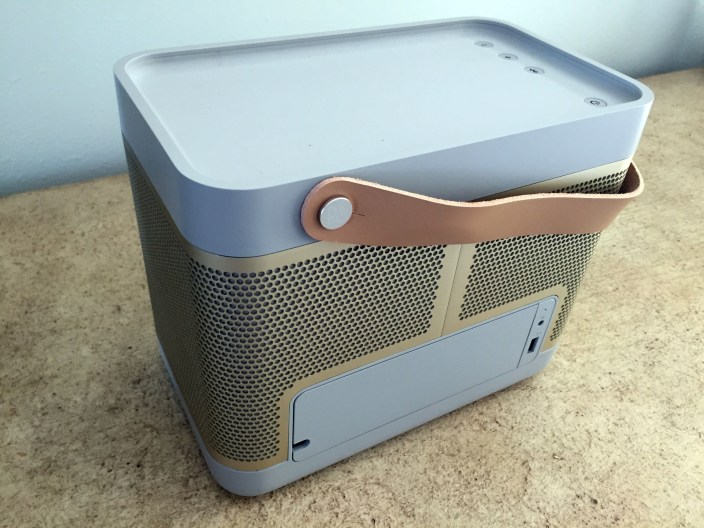 B&O touts this speaker as being portable, so naturally the next logical place to go was outside. This is where I primarily took issue with the Beolit 15. Not so much for its ability to provide a solid soundstage in an open-air environment but that I wouldn’t want to use a $599 speaker outdoors. The Beolit 15 is built for display on a shelf not ultra portability, I don’t foresee it finding a place out by the camp fire or on the boat. That same booming sound was evident outdoors but the risk of damaging the speaker outweighs the positives for me. 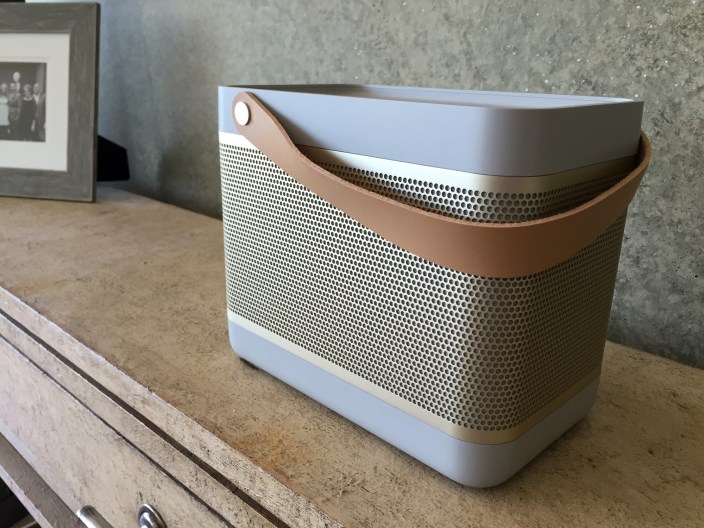 In the end, it’s tough to put a finger on the recommendation for Bang & Olufsen’s Beolit 15. It’s a beautiful device that was thoughtfully designed and can handle any type of music. At nearly three times the price of the Bose SoundLink Mini II, which is more portable, the Beolit 15 is more luxury than necessity. If you have the money, it’s certainly going to be a show stopper on your shelf.

The Bang & Olufsen Beolit 15 is available for $599 from retailers such as Amazon in Natural Champagne, Polar Blue and Shaded Rosa.