We’ve long been fans of JBL’s Bluetooth speaker offerings and the recently released Charge 2+ and Clip+ were no exceptions. Today the popular audio manufacturer has teased two new speakers via its YouTube channel that are designed for outdoor and on-the-go listening.

JBL’s Flip3 will be a follow-up to the previous generation model while the new Xtreme Portable Speaker has a bigger build for “larger sound”. Head below for full details and videos on both options.

The first generation Flip speaker was one of our favorite offerings from JBL. The current model is an excellent option at $99 or less and Amazon users have sung its praises since its release last year. Now, JBL promises an “even better” experience with amped-up audio, dual passive bass radiators and 30% more power than the Flip2. Multiple speakers can be paired together for a stereo audio experience. Users can expect 10 hours of battery life on a single charge with three devices able to connect at once for alternating song selection. 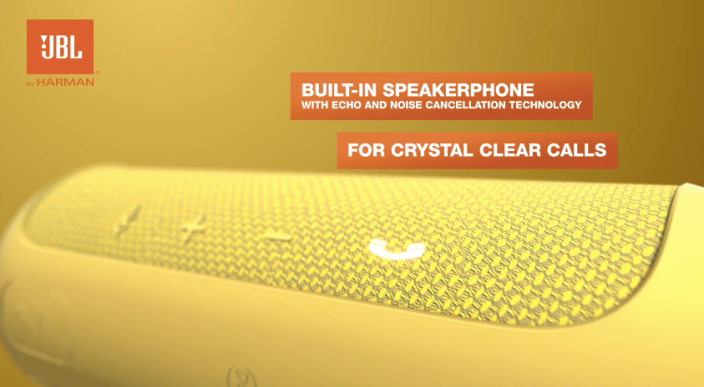 Much like the Charge 2+, it has a splashproof design but does not include a USB port for charging devices. It will be available in eight colors options with a matching carrying strap attached. Pricing and availability has yet to be announced officially, although we expect to see it in September with a similar price tag to the previous Flip models.

Meanwhile, JBL is also amping up the noise with the Xtreme Portable Speaker. This monster promises to provide a larger soundstage with “booming” sound that works well in outdoor spaces. Weighing in at nearly five pounds and 5 x 9-inches in size, it will be one of the largest speakers JBL offers.

On the outside you’ll find playback controls and a loop for carrying the speaker around. Inside it has four active transducers and two visible bass radiators. JBL has built a 10,000mAh battery in to the speaker for 15 hours of playback and it also has two USB ports for charging multiple devices at the same time.

The JBL Xtreme Portable Speaker will be available in red, blue and black. Pricing and availability have not been released at this time.