DiscountMags has now kicked off its weekend mag sale with a number of notable deals across the board. But first, we have one deal to get to that will only last for today. You can grab a year subscription to ESPN with free delivery and digital access included for $5, but a two year sub will drop to to $9.50 w/ code 9TO5TOYS. We normally see ESPN drop to $5, but only in bundle deals, special holiday sales and multi-year deals like this do we see it dip below that.

Inside the weekend sale there is a wide selection of notable deals matching our usual exclusive pricing including Wired, Dwell, Rolling Stone, Architectural Digest, Forbes and more for $5 each per year, many of which with digital access. Also at $5 a year, Architectural Digest doesn’t drop below $6 very often. A few quick notes: Maxim can regularly be had for less, and you’ll want to opt for the above deals on GQ, Motor Trend and ESPN, rather than getting them in the weekend sale. There is no sales tax, delivery fees or auto-renewals with any of these deals. 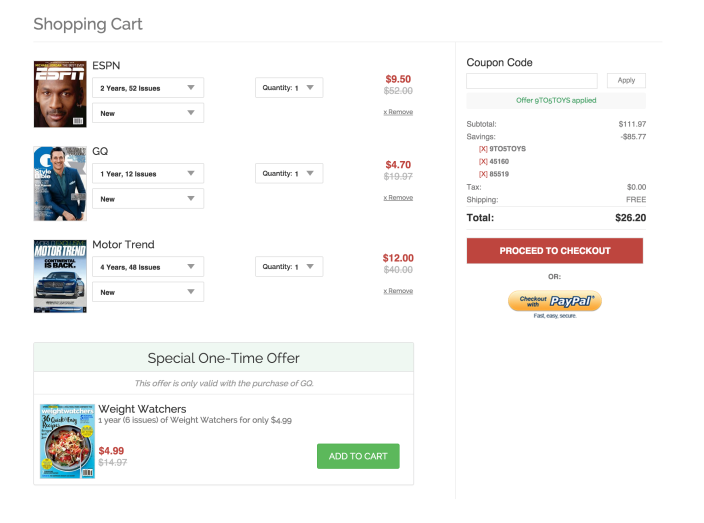 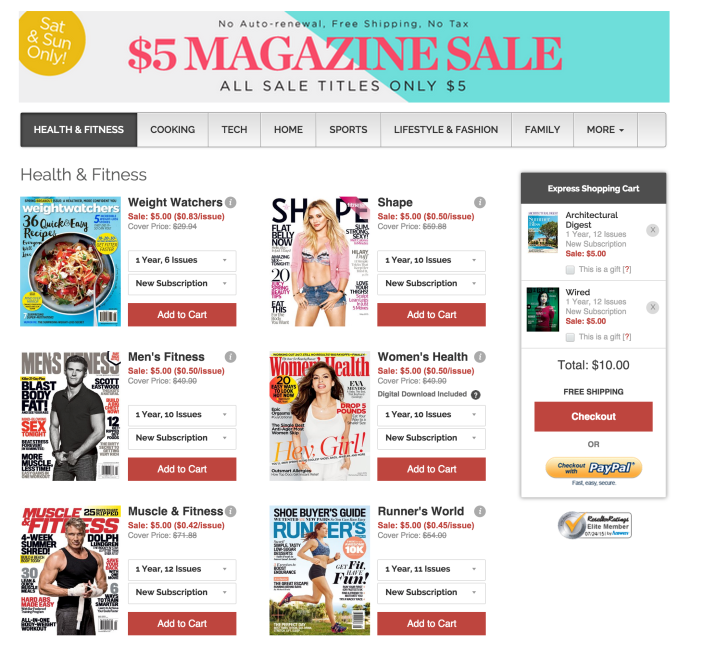 Note: Digital access comes once the first print edition does in most cases.