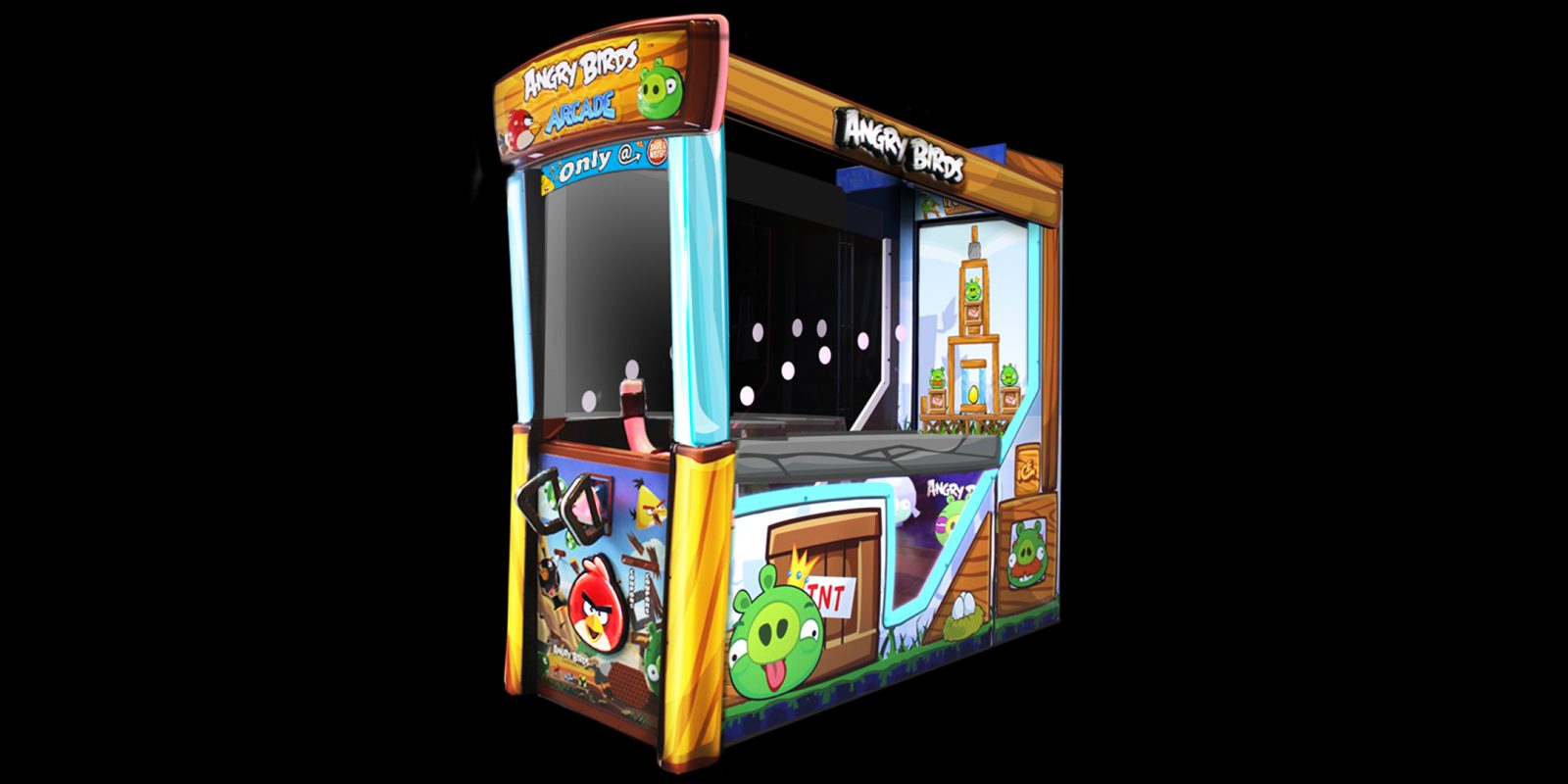 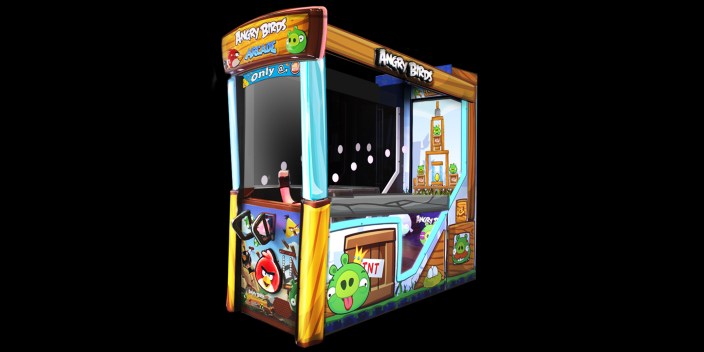 Once an absolute powerhouse in the mobile game space, Angry Birds has slowly started to fade.While the franchise is still relevant with the recent announcement of an official sequel and the droves of merchandise still flying off the shelfs, its stranglehold on our mobile devices has certainly loosened over the years. But it looks like the folks at Rovio are teaming up with arcade makers Play Mechanix and ICE to reinvigorate the bird slinging franchise once again:

The Angry Birds arcade machine is being developed by the aforementioned companies in conjunction with Dave & Busters and is set to offer a unique take on the traditional formula.

Measuring about 8-feet long with a 55-inch “touch target” display, Angry Birds arcade will forgo the usual soft-controls for a more physical approach to the not-so-pleasant fowl. The large cabinet is equipped with an actual slingshot (described as a sort of modded pinball plunger) that is then used to fling 3-inch foam balls at the sensor-laden display. As you can see in the image, those bad piggies are up on the screen in the form of 500 different puzzles (or levels) that pop-up at random and with varying degrees of difficulty as you play.

You’ll have to head over to a Dave & Busters if you want to get your hands on some 3D-bird flinging action, as all 77 locations have the machine on lock from now until Labor Day. After that time, the machine will be up for grabs and will more than likely appear in more locations across the country and elsewhere.

The Angry Birds Arcade game was developed by Innovative Concepts in Entertainment and Play Mechanix Inc., based on the original series of mobile games from Rovio. Beginning today, Dave & Buster’s locations nationwide will be the only places to play this exclusive arcade version of Angry Birds, the most downloaded mobile game of all time.  The innovative game puts the user in a first-person view, “behind the slingshot”, where they launch the Angry Birds at their archenemies, the Bad Piggies.

“Angry Birds is the most downloaded paid mobile application of all time, and we are elated to enhance the experience in the form of an arcade game for our guests,” said Kevin Bachus, senior vice president, entertainment and games strategy at Dave & Buster’s. “The Angry Birds arcade game at Dave & Buster’s not only makes you feel like you’re inside the app, but it also gives players the ability to win tickets for prizes in our Winner’s Circle.”

The game uses special mechanical and video construction to give users the physical thrill of propelling an actual Angry Bird. The new user experience combined with the familiar design makes for a game that will test the skills of dedicated Angry Birds fans and introduce the game to new players.  One can win tickets based on the number of pigs they eliminate and the number of shots taken. Eliminating all four pigs in one shot earns a generous bonus.  Tickets can then be redeemed for prizes in the Winner’s Circle at Dave & Buster’s.