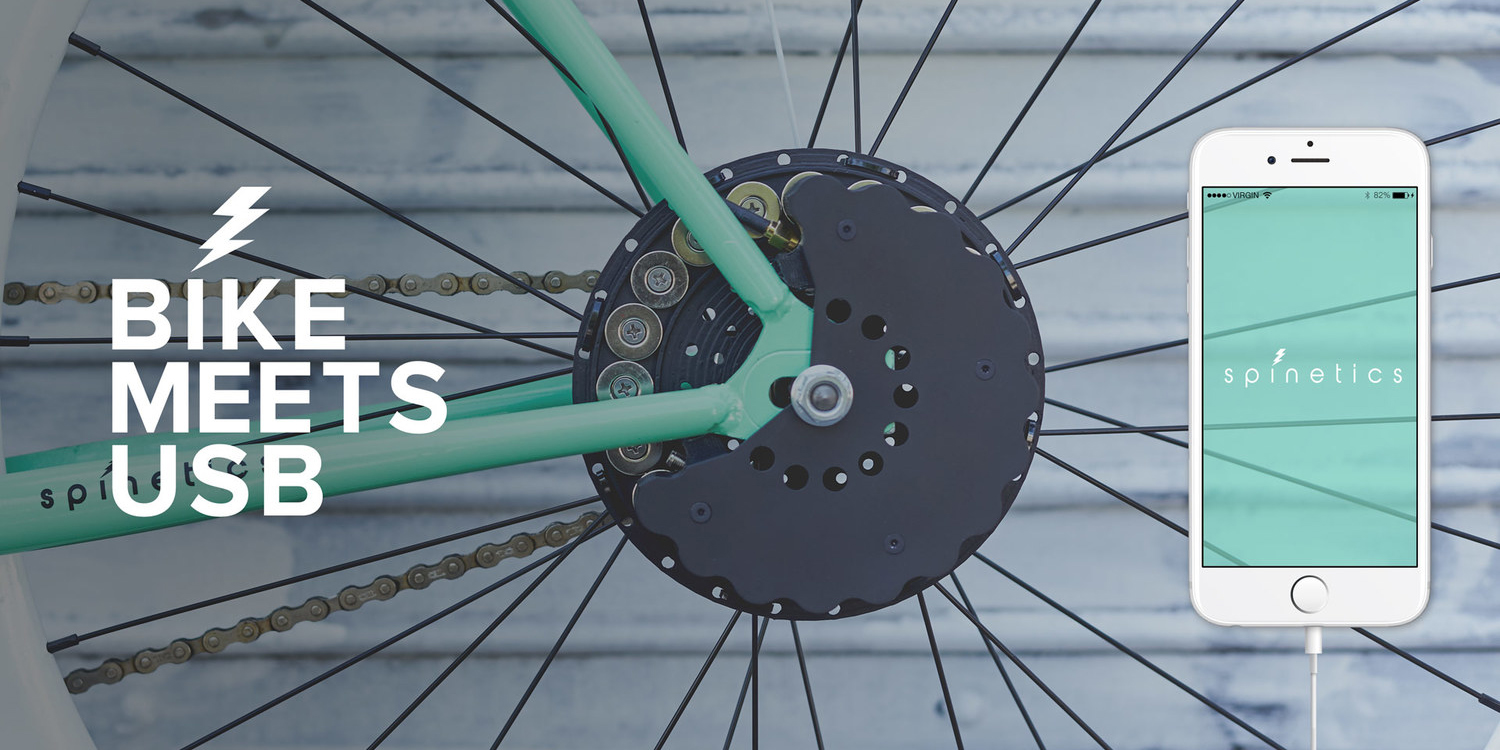 USB ports are everywhere these days. With more and more devices requiring a little charge here or there, we’ve become a species in constant need of power. But what do you do when you’re away from traditional outlets? There are obviously power banks but those still require to be charged as well. Even solar products are starting to take off.

A new Kickstarter campaign wants to take energy from your bicycle and use it to charge your device. While it’s not a new idea, Spinetics CydeKick aims to refine the solution of two-wheel power generation with it a new slick design.

The Spinetics CydeKick is a three-part solution to charging your device with two-wheel transportation. It all starts with a small black add-on that goes over your gears. This is where the main production of energy occurs. The generator tightens via the existing bolt on your sprockets. From there it aligns with the gears to pump energy created while pedaling through the wire that runs up your frame to the USB port and headlight on your handlebars. A little white pod provides a connection for your USB cable and a small LED light to illuminate the way while you ride at night. There is a mount available for your device as a part of this campaign that would hold it on your handle bars, much like this option from iOttie. 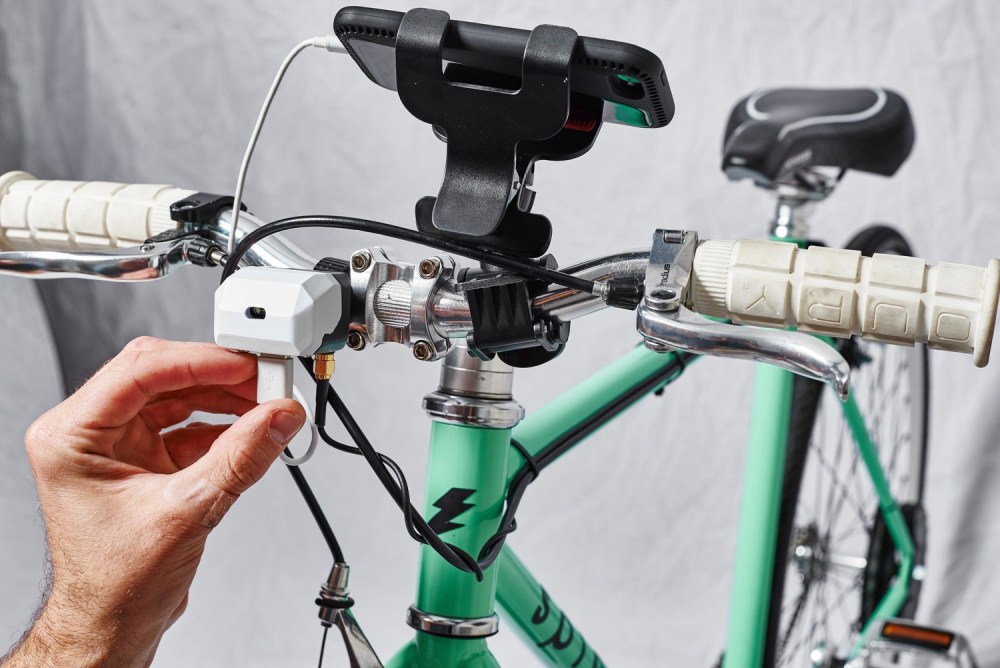 It’s important to point out that this is not a new idea, the Siva Atom has been around for a while. The difference here lies in the design. Siva’s product clamps onto the bike with spokes that align with the gears. As the wheel turns, it stores energy in a power bank that is attached. This system is based around building up power to use later, while the CydeKick is about powering your device while you ride. The Siva also doesn’t look as refined as the Kickstarter alternative, which is something worth noting as well.