DiscountMags has now kicked off its Back To School Super Sale offering a number of solid discounts on the most popular titles. But first, we have a couple limited deals to get to that are even better:

You can grab a one subscription to Men’s Fitness or Muscle & Fitness for just $3.99 each with free shipping using code 9TO5TOYS in the cart. Both mags regularly go for around $20 and very rarely dip below $5 a year, especially without being bundled or locking you into more than 1 year.

Next up, we have a very notable deal on a 4 year subscription to Motor Trend magazine for $12 shipped (select the 4 year option) using code 9TO5TOYS in the cart. At just just $3 a year, that’s $24 less than the same amount of issues from Motor Trend direct and the lowest we ever see outside of once a year holiday pricing.

As for the weekend sale we are seeing matches on some of the most popular titles like Wired, GQ, ESPN, The Atlantic, Golf Digest, Dwell, Rolling Stone, and more from $5. These mags down drop down below that without being bundled or inside of a special multi-year deal very often. Another standout is National Geographic for $30 w/ digital access on a 2 year sub, which is matching the best we’ve seen.

Again, you’ll want to avoid the Men’s Fitness and Motor Trend deals in favor of the above mentioned deals. Maxim and Men’s Heath also tend to drop down lower than we are seeing in the Back To School sale.

Expect free shipping (in the US), no sales tax, and no auto-renewals. Digital access is available once the first print edition arrives, in most cases. 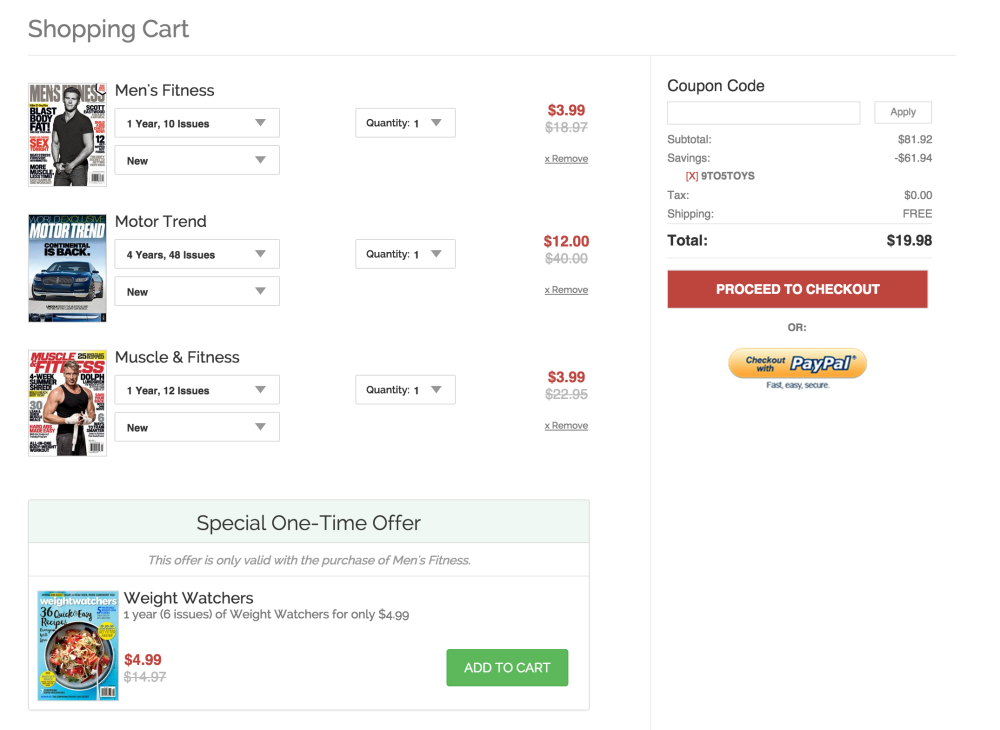 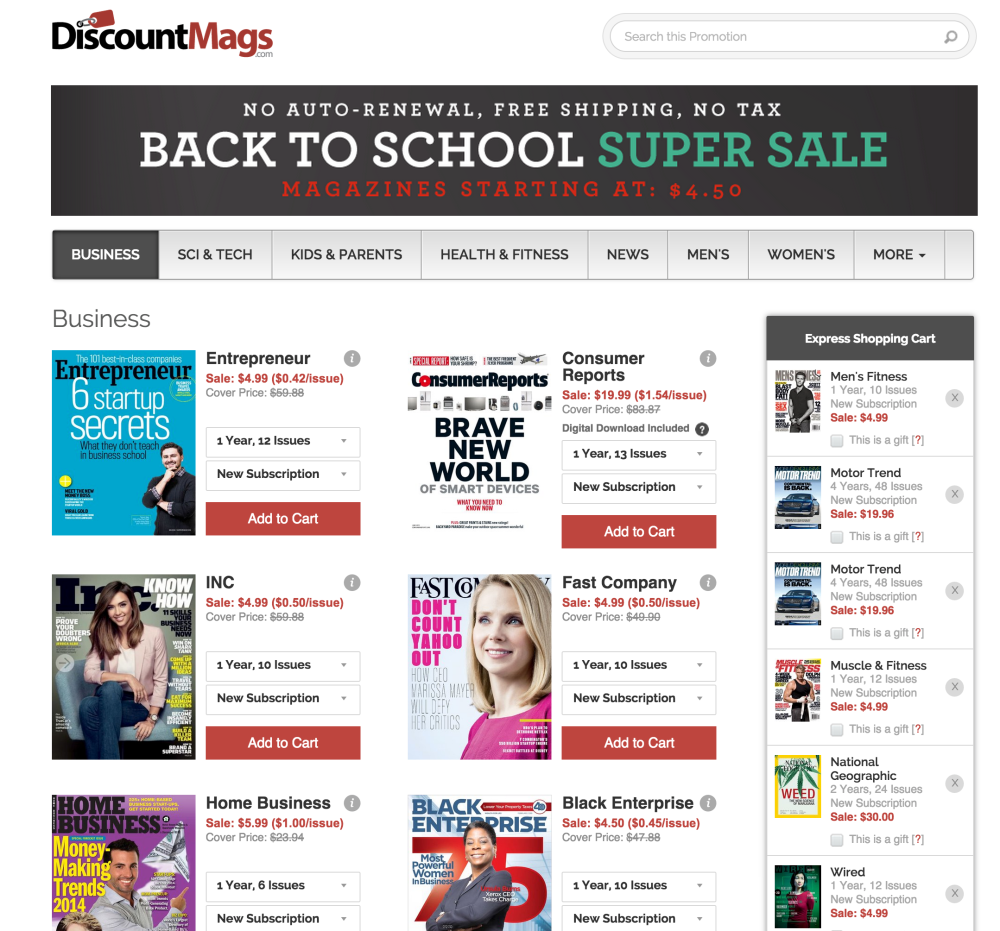