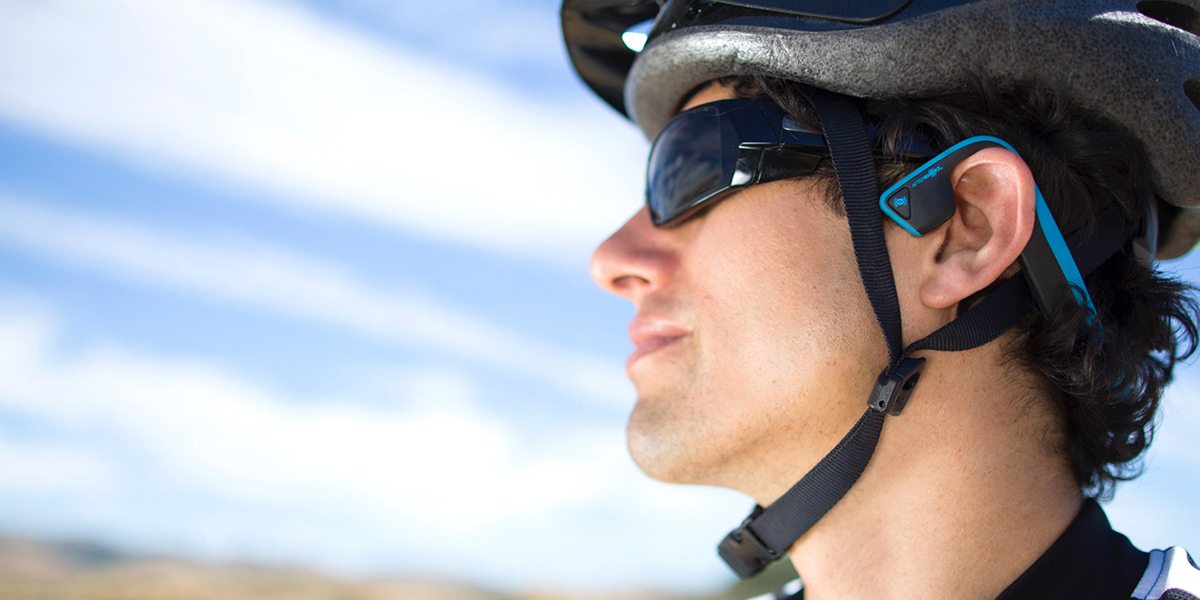 As an avid bike rider, I love to have a pair of Bluetooth in-ear headphones with me while I ride. Now that many wireless headphones (BT 4.0+) can connect to Apple Watch during workouts, it’s even handier than ever. One of the biggest worries about using in-ear headphones is that it’s difficult to hear noise around you when the music is cranked up. During outdoor physical activities, like biking down a country road for example, it can be difficult to hear oncoming traffic that may pose a risk to your safety.

That’s where AfterShokz: Trekz come in. This new Indiegogo campaign has developed a set of bone conducting in-ear headphones that keep your ear canals open but the music pumping. This project caught our eye, having already raised over 200% of its funding goal in just 24 hours.

The technology is fairly simple: the headphones rest just off your ear and make contact with your skin. From there, audio waves are transferred into your cheekbones and down the ear canal for you to hear. Small transducers create vibrations that vary based on the music. This allows for greater balance between the music and the sounds of your environment around you. 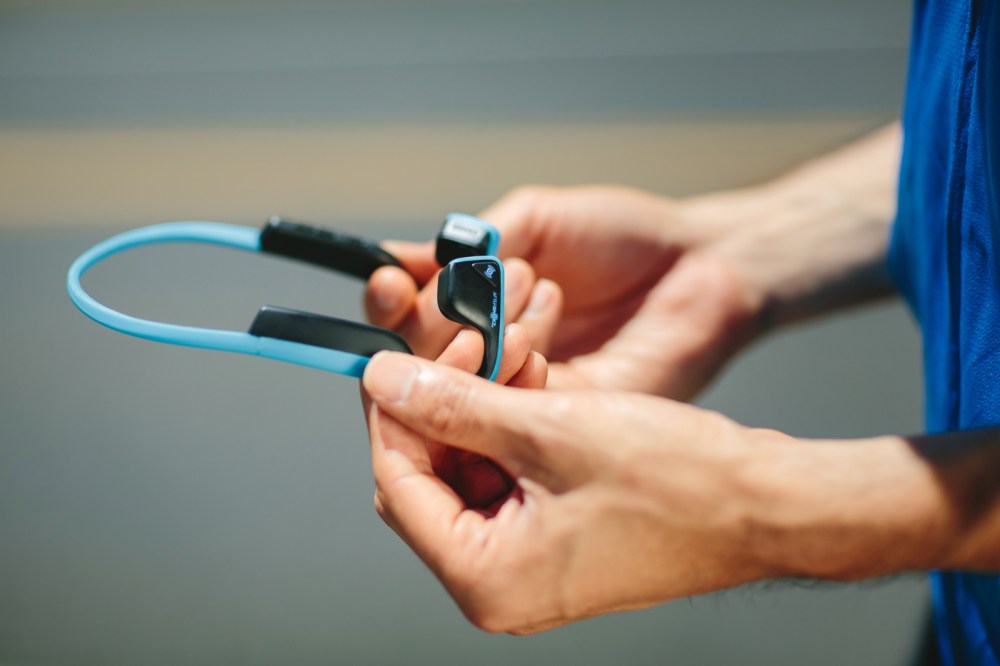 In terms of specifications, AfterShokz has all the marketing terms and whistles you’d expect. The frame is made from titanium and rubber for a “lightweight” design, in-line controls and IP55 sweat resistance are also key features. Noise cancellation and a voice prompt command system called Audrey Says, are notable as well. Battery life is rated for six hours on a single charge. Ultimately, this probably isn’t going to be a top-of-the-line audio performance, but it’s a notable alternative if safety is a concern.

AfterShokz are expected to carry a $129 retail tag after release, but a pledge of $99 will deliver a pair come January.