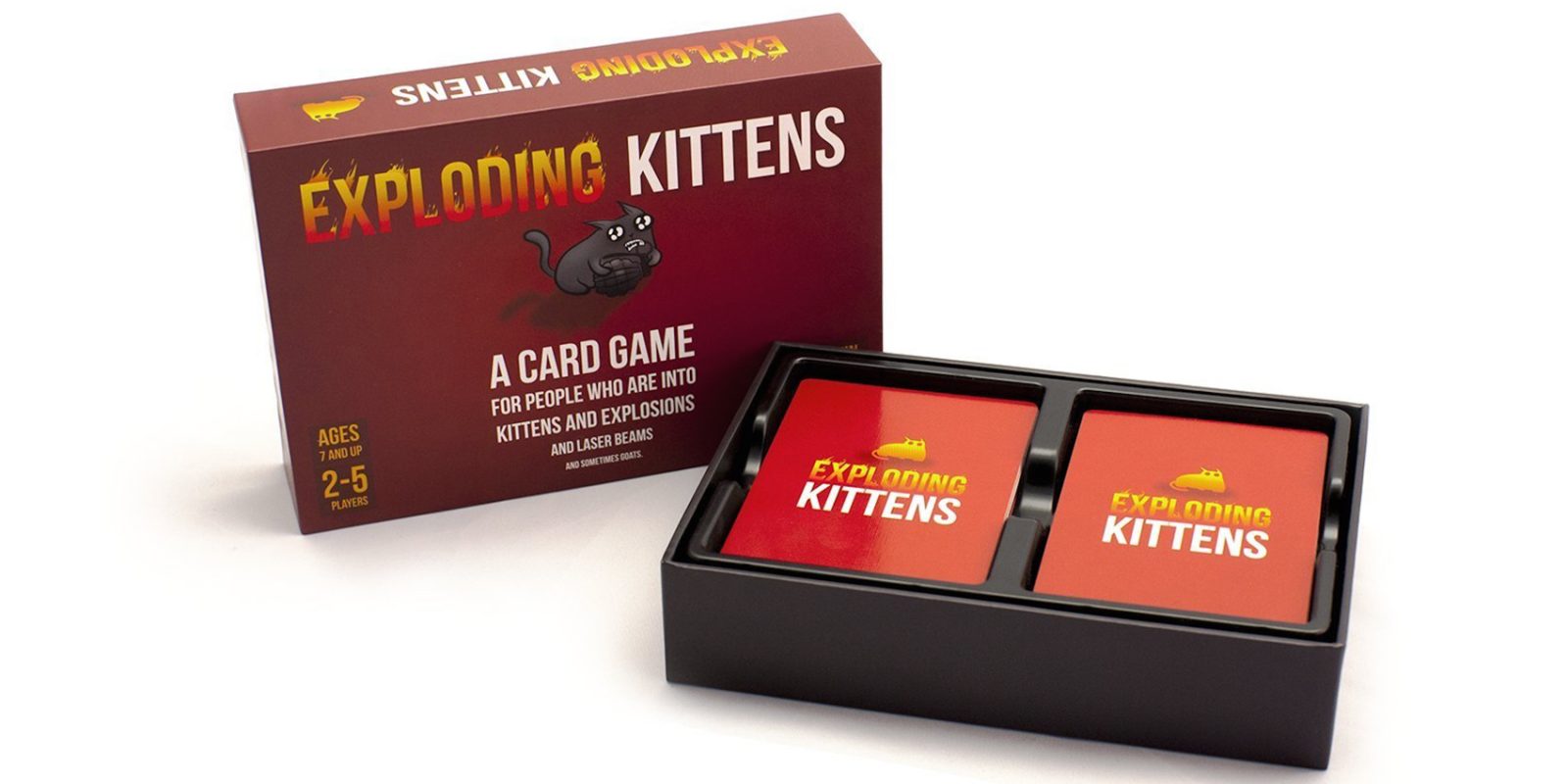 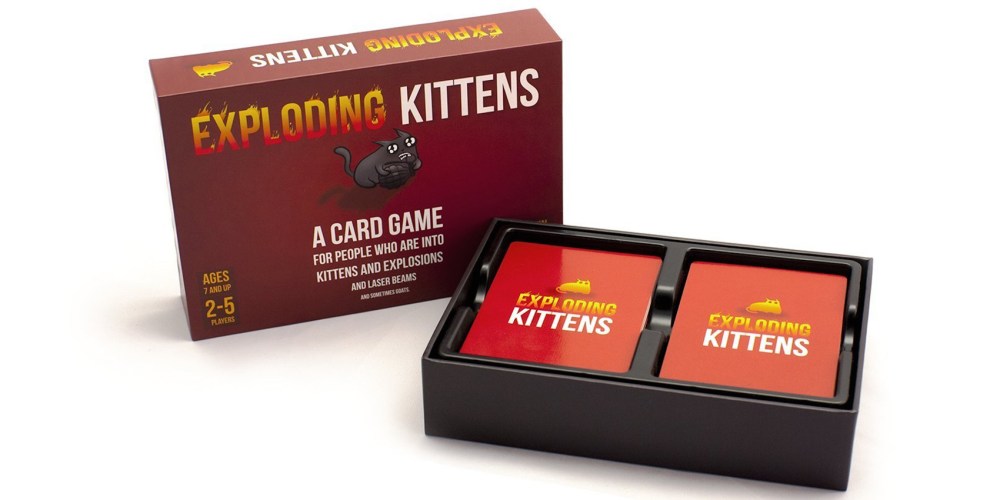 Today Amazon has started selling the most funded Kickstarter game in history: Exploding Kittens for $20 Prime shipped. It features the artwork from the Oatmeal and comes in a family friendly or NSFW version for 2-5 players.

Until today the game was only available from Exploding Kittens, through its Kickstarter campaign, or from eBay with sky high prices,  but now with Amazon Exclusives the game is becoming more mainstream.

Created by Elan Lee (Xbox, ARGs), Matthew Inman (The Oatmeal), and Shane Small (Xbox, Marvel), Exploding Kittens is the most-backed Kickstarter project ever, and the most-funded game in Kickstarter history.

It is a highly-strategic, kitty-powered version of Russian Roulette. Players draw cards until someone draws an exploding kitten, at which point they explode, they are dead, and they are out of the game — unless that player has a defuse card, which can defuse the kitten using things like laser pointers, belly rubs, and catnip sandwiches. All of the other cards in the deck are used to move, mitigate, or avoid the exploding kittens.