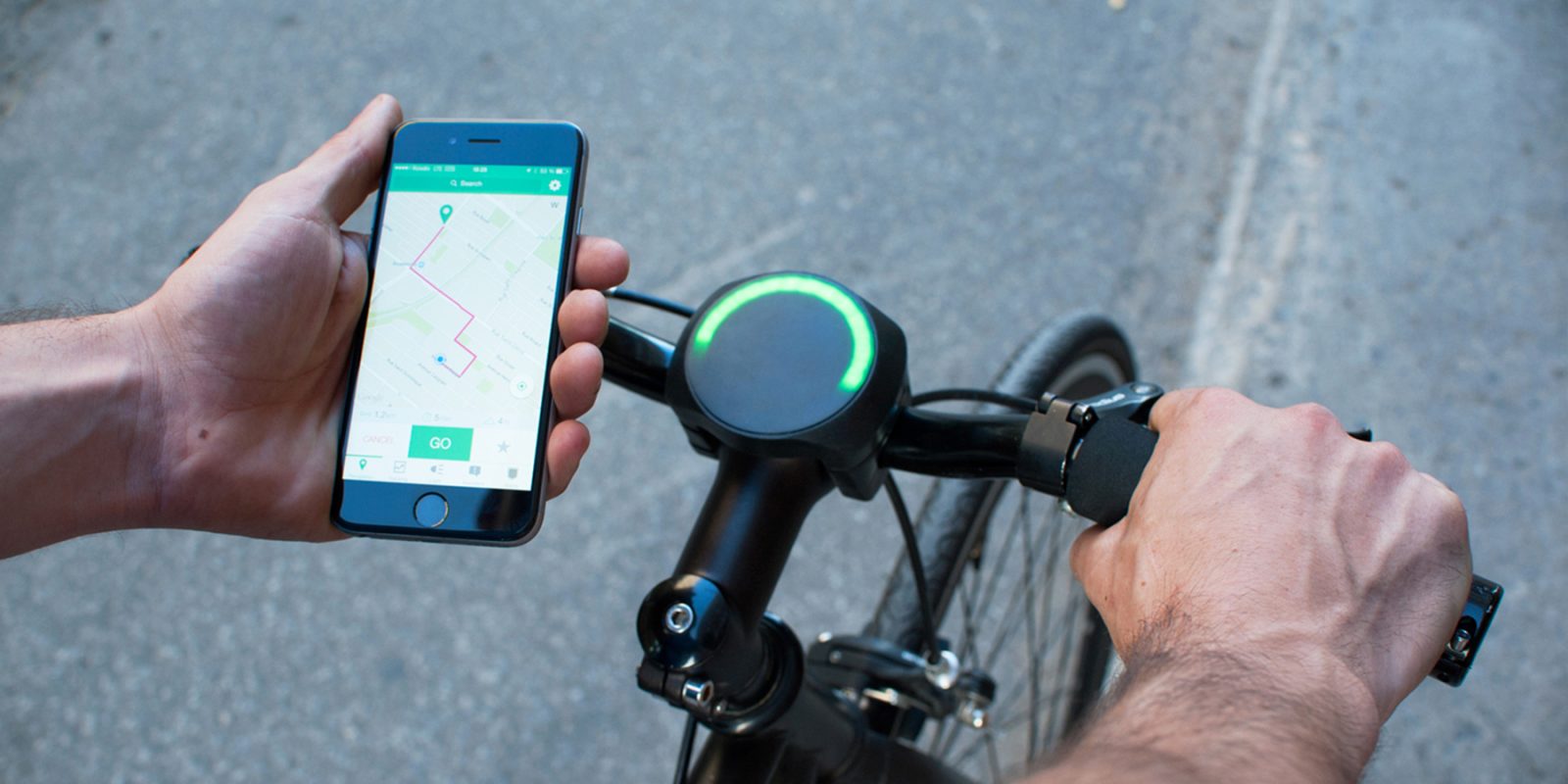 If you’re an avid bike rider, there is no doubt that you’ve wondered how to bring smartphone integration into your daily commute or exercise routine. There are plenty of iPhone or Android bike mounts, like this one from iOttie, that will suffice but still require riders to focus in on a display that may be difficult to read while riding.

SmartHalo is a new project on Kickstarter that attaches a simple round display onto the handlebars of a bike. It connects with your smartphone via Bluetooth so directions can be transmitted from the iOS or Android app. From there, SmartHalo provides turn-by-turn navigation, amongst other data, until you’ve arrived at the destination.

SmartHalo has raised nearly 3x its initial $50,000 goal with 26 days to go. The foundation of the system is a circular device that attaches to the t-bar on a bike. It provides step-by-step directions to your desired location by lighting up a portion of the display signifying your next move. A tamperproof design means it can only be removed from the bike with a special key.

Additionally, SmartHalo keeps track of your fitness and is an alarm system for your bike. The app automatically detects when a rider begins pedaling and notes distance traveled, calories burned and other data. When the bike is parked, an alarm system is activated that detects movement. If your phone is not near the bike, an alarm will sound when it is moved. SmartHalo also has a built-in LED light on the front that automatically turns on and off at night. 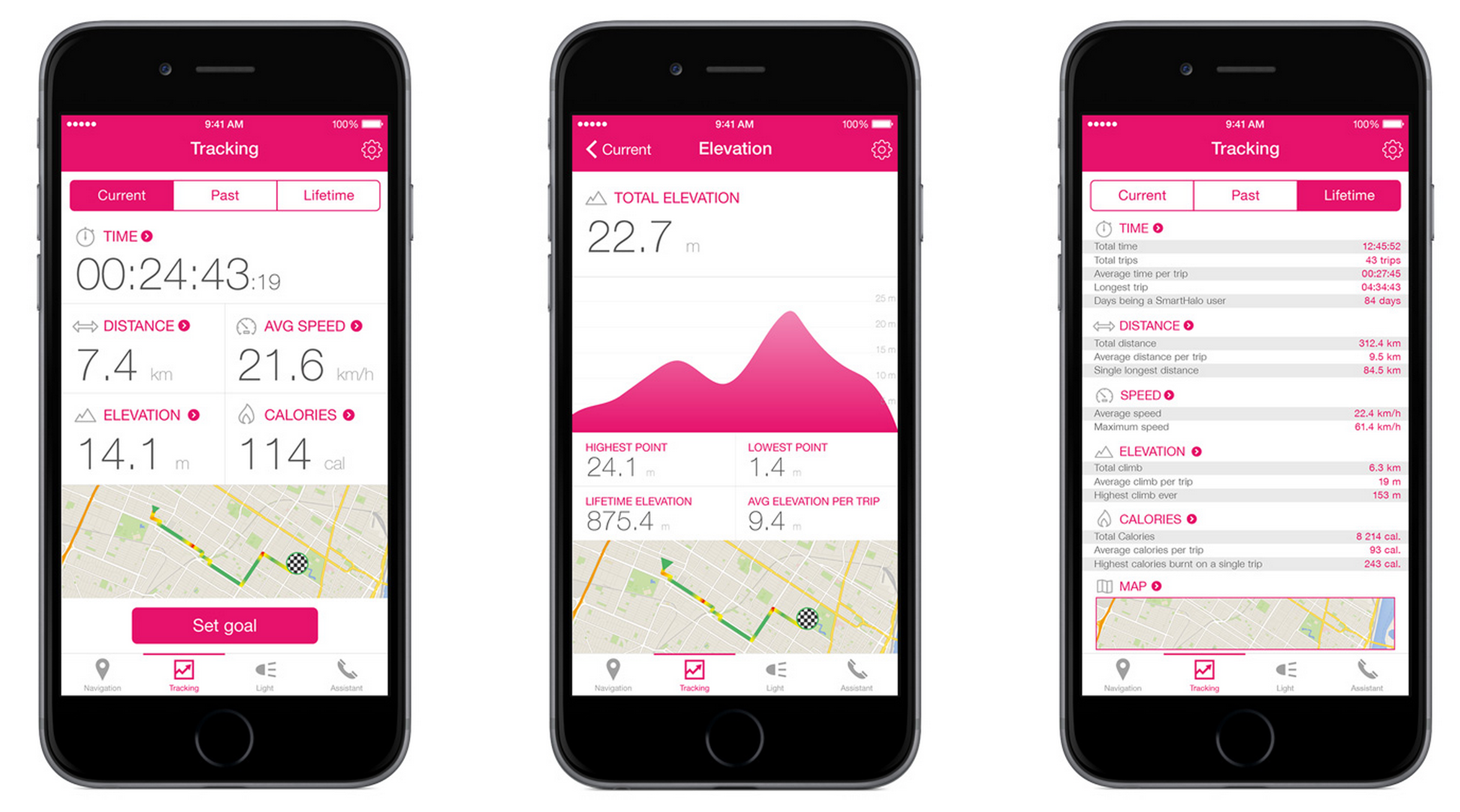 Additional features include call notifications, weather alerts, parking spot reminders and a weatherproof design. SmartHalo is rated to last roughly three weeks on a single battery charge. It’s no surprise that this Kickstarter has soared past its goal. Between the popularity of bicycle commuting in Europe and large cities in the United States, more riders are looking for ways to bring technology to two-wheeled transportation.

SmartHalo is currently available for a pledge of $99 and is scheduled to ship worldwide next spring. Until then, affordable smartphone mounts can be paired with apps like Cyclemeter to provide some of the features seen here today.