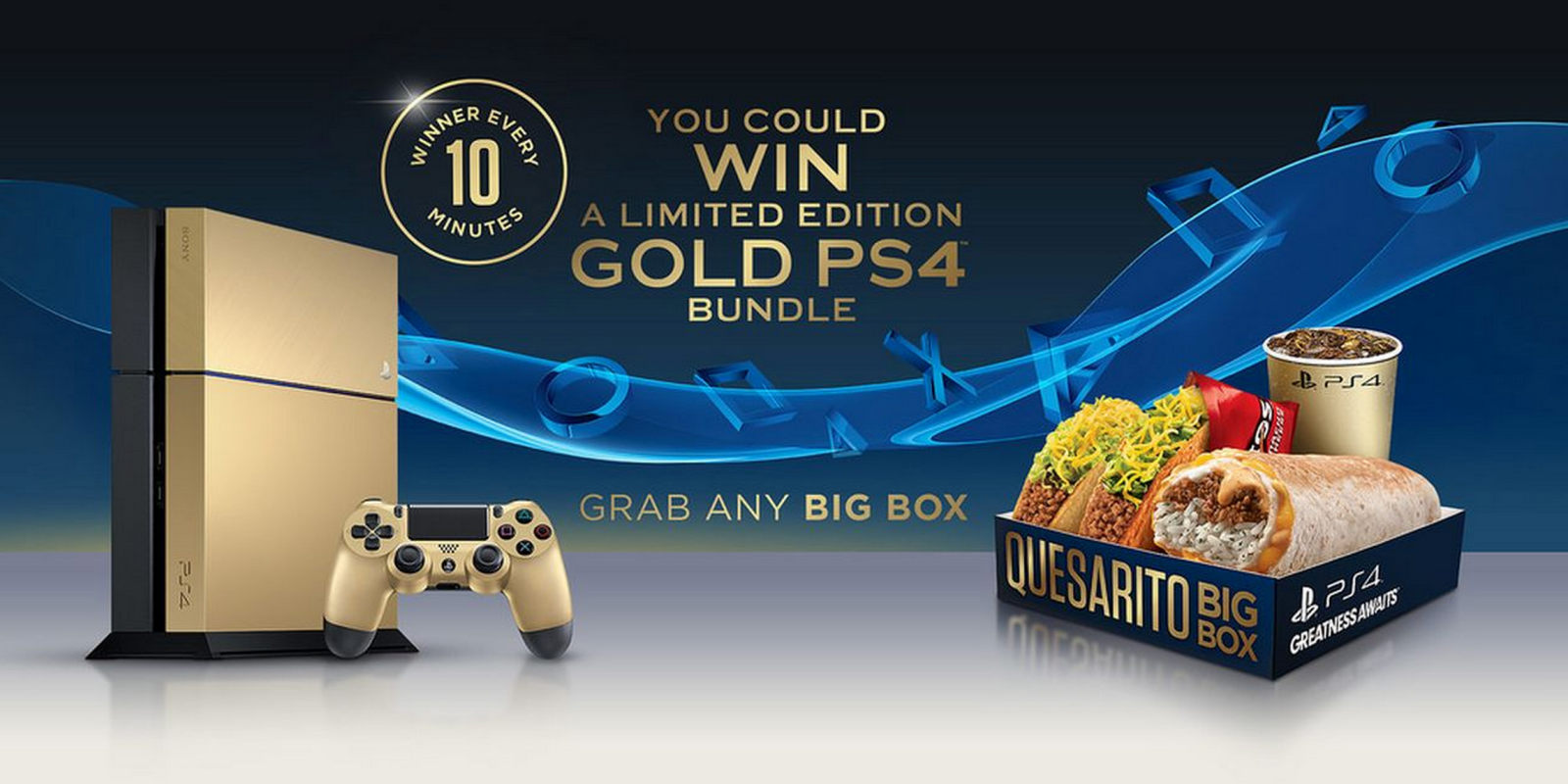 Sony has announced that it will be releasing a new Limited Edition Gold PlayStation 4 console and there will be only 6,000 available to the public. This is just half the inventory of the rare 20th Anniversary console that Sony released last year. So you know it will be tough to come by.

The revamped console is stunning, and frankly we want one really bad. Sony has applied a nice finish on top with the traditional black coating on the bottom. The matching DualShock controller fits in perfectly. There is no denying that this will one of the most sought after PlayStation bundles to hit the market. We can already imagine the aftermarket prices skyrocketing.

Don’t expect to see this console hitting online retailers anytime soon, you’ll have to head down to Taco Bell to win one of these…

The new limited edition bundle will include a gold and black PlayStation 4 system, a matching controller, Uncharted: The Nathan Drake Collection and a year of PS Plus service. Taco Bell will be giving away one console every ten minute from September 24th until November 4th. So how do you get one?

Just head over to Taco Bell and grab any Big Box meal. There will be a unique code on each box that enters you for a chance to win. From there, you’ll need to text the code to the supplied number to see if you have won. Even though there are new colored PlayStation 4 controllers coming out, plus a pretty sick Battlefront Han Solo bundle and limited edition Darth Vader console, a completely Gold system would be much cooler to own. After all, gold is best 😉