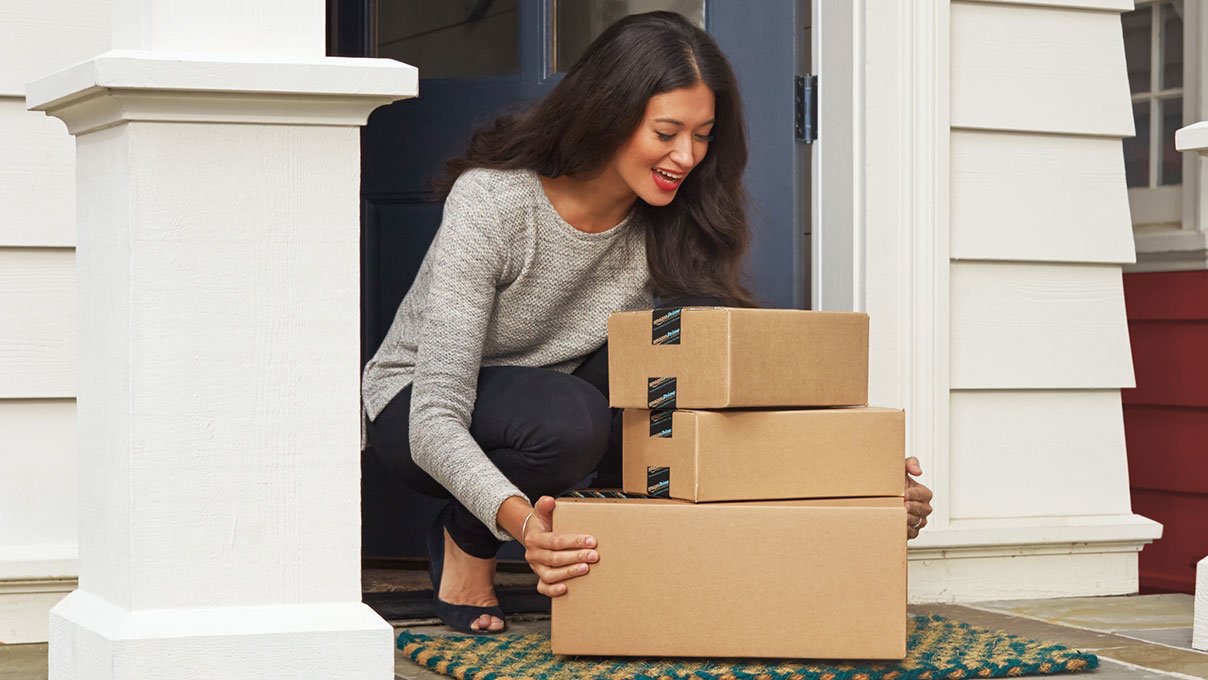 Over the weekend Amazon’s Transparent brought home five Emmy statuettes and to celebrate the online giant is running a one day sale on Prime memberships. Amazon ran a similar promo earlier this year, but this time the savings are even bigger. Beginning this Friday, you’ll be able to buy a year of Prime for only $67, which is a savings of more than 32% off the regular price. Amazon doesn’t discount Prime too often so now’s the time to make the leap if you’ve been on the fence about it.

Prime members get free 2-day shipping on millions products with no order minimums, unlimited streaming of eligible movies, music, and TV shows, unlimited photo storage, early access to select Lightning deals, and even exclusive video game discounts. I’ve been using Prime for years and love that I can get everything from household cleaning supplies to a new Mac at my doorstep in 48 hours at no additional cost.

In Celebration of Five Wins from the 67th Primetime Emmys, Amazon Offers Prime Memberships for Just $67 Discount begins this Friday at 12:00 a.m. ET and ends at 11:59 p.m. PT

September 22, 2015 09:00 AM Eastern Daylight Time SEATTLE–(BUSINESS WIRE)–(NASDAQ: AMZN)—In celebration of five Emmy wins for Amazon Original series Transparent at the 67th Primetime Emmy Awards, Amazon today announced that Amazon Prime will be available for just $67. This one day discount will start on Friday, September 25 at 12:00 a.m. ET and end at 11:59 p.m. PT. New members can sign up for this limited-time Prime offer at Amazon.com/TransparentPrime.

“Congratulations again to Jill Soloway, Jeffrey Tambor and the cast and crew of Transparent for making such a beautiful show, and to our customers—enjoy!”

“This has been an incredibly exciting year—with the Golden Globes wins in January and now twelve nominations and five Primetime Emmy wins. We are thrilled to celebrate Transparent with our customers by offering a Prime discount,” said Michael Paull, Vice President of Digital Video for Amazon. “Congratulations again to Jill Soloway, Jeffrey Tambor and the cast and crew of Transparent for making such a beautiful show, and to our customers—enjoy!”

Written, directed and executive produced by Emmy-winner and 2013 Sundance Best Director winner Jill Soloway, Transparent is a 10-episode, half-hour novelistic series that explores family, identity, sex, and love. The series stars Tambor as Maura, who has spent her life as Mort—the Pfefferman family patriarch. Also starring Judith Light (Dallas), Gaby Hoffmann (Girls), Amy Landecker (Louie) and Jay Duplass (Togetherness), Transparent is the no. 1 ranked original series on Prime Video since the show’s launch. Also proving popular among critics, the show clocked in a near-perfect score on Rotten Tomatoes with a 98 percent critic rating, and a 91 Metascore on Metacritic. The second season of Transparent will premiere on Prime Video on December 4.

Transparent joins an already robust collection of award-winning, original and popular programming available to Prime members including Amazon Original Series Hand of God, Bosch, Catastrophe and Mozart in the Jungle as well as hit series like Sex and the City, Veep, Girls, The Sopranos, Entourage, Curb Your Enthusiasm and The Wire. Prime Video also offers members blockbuster movies such as Transformers: Age of Extinction, Teenage Mutant Ninja Turtles, Jack Ryan: Shadow Recruit, Star Trek Into Darkness and The Hunger Games: Catching Fire, among others. Prime members have access to a collection of kids shows including Amazon Original Series Annedroids, Gortimer Gibbon’s Life on Normal Street and the Annecy, Annie and multi-Emmy Award-winning Tumble Leaf, as well as popular shows from Nickelodeon and Nick Jr. including SpongeBob SquarePants, Dora the Explorer, Team Umizoomi, and Blue’s Clues.

Prime members can look forward to several new upcoming original series premiering this year, with the coming-of-age dramedy Red Oaks premiering on October 9, followed by the much anticipated adaptation of Philip K. Dick’s The Man in the High Castle on November 20, and season two of Emmy-winning Transparent December 4. Coming in 2016 will be the second seasons of Mozart in the Jungle, Bosch and romantic comedy, Catastrophe, along with the debut season of The New Yorker Presents.

Amazon Video includes tens of thousands of movies and TV episodes available on Prime Video at no additional charge to Prime members, as well as access to hundreds of thousands of titles to buy or rent. Amazon Video is the only service in the world that brings customers both of these options in one place.

Amazon Video can be accessed through the Amazon Video app on TVs, connected devices and mobile devices, or online at Amazon.com/PrimeVideo. Prime Video titles can also be downloaded for offline enjoyment—the only subscription streaming service to offer this functionality.

Amazon Prime is an annual membership program for $99 a year that offers customers unlimited Free Two-Day Shipping on more than 20 million items across all categories, unlimited Free Same-Day Delivery on more than a million items in 14 metro areas, unlimited streaming of tens of thousands of movies and TV episodes, more than one million songs, more than one thousand playlists and hundreds of stations with Prime Music, early access to select Lightning Deals all year long, free secure, unlimited photo storage in Amazon Cloud Drive with Prime Photos and access to more than 800,000 books to borrow with the Kindle Owners’ Lending Library. In addition, Prime members in 11 U.S. cities receive one and two hour delivery on a selection of tens of thousands of everyday essentials with the dedicated Prime Now mobile app. This one day discount will start on Friday, September 25 at 12:00 a.m. ET and end at 11:59 p.m. PT. New members can sign up for this limited-time Prime offer at Amazon.com/TransparentPrime