The Sondors eBike is loaded with features and surprisingly affordable It has been a big month for electric vehicles, with Tesla notably stealing the show with its event earlier this week. On the lower end of the cost spectrum, there is an ever increasing interest in affordable battery-driven transportation. We have already seen motorcycle and skateboard prototypes that each offer a unique alternative to traditional counterparts.

The eBike community is growing as well. One of the more intriguing electric bikes on the market comes way of Sondors. After previously raising over six million dollars on Indiegogo, Storm and his crew are back with a refreshed model and a lower price tag on Kickstarter that makes this affordable eBike more attractive than ever.

The Sondors Electric Bike has raised another million dollars thus far on Kickstarter with two weeks remaining. This go-round brings the eBike to more consumers with upgraded options like an aluminum frame, improved suspension and a higher battery capacity. Unlike similar products on the market, Sondors has developed this bike with affordability in mind without sacrificing features.

At $500, this eBike has many attractive characteristics that are sensible for commuters. Most notably, 350W of power which is capable of producing speeds up to 20MPH for 50 miles at a time. For most city dwellers, this is more than enough to juice to get around for days at a time. Even in more rural areas it should suffice for getting from one town to another. Sondors also has larger all-terrain tires that are useful for getting around different types of weather or roads. 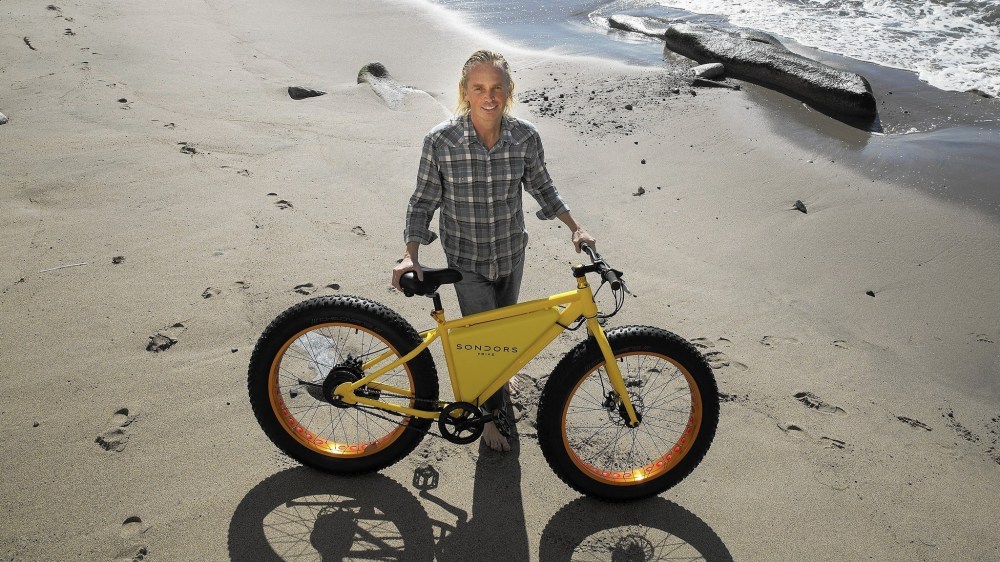 This time around, Sondors has lowered the price of its new eBike by $150 with options for lighter materials made of aluminum, which should in turn deliver longer battery life. A higher capacity battery will improve rate and torque for an additional $350, which also includes the faster charger as well. The Sondors eBike is available in yellow, black, blue, obsidian and titanium.

A pledge of $499 will deliver the eBike in January of 2016. Additional levels are available with varying degrees of shipping costs depending on your location. The good news: Sondors is an established company with previous success and a fulfilled Kickstarter campaign, so you can expect to receive your eBike without any troubles.