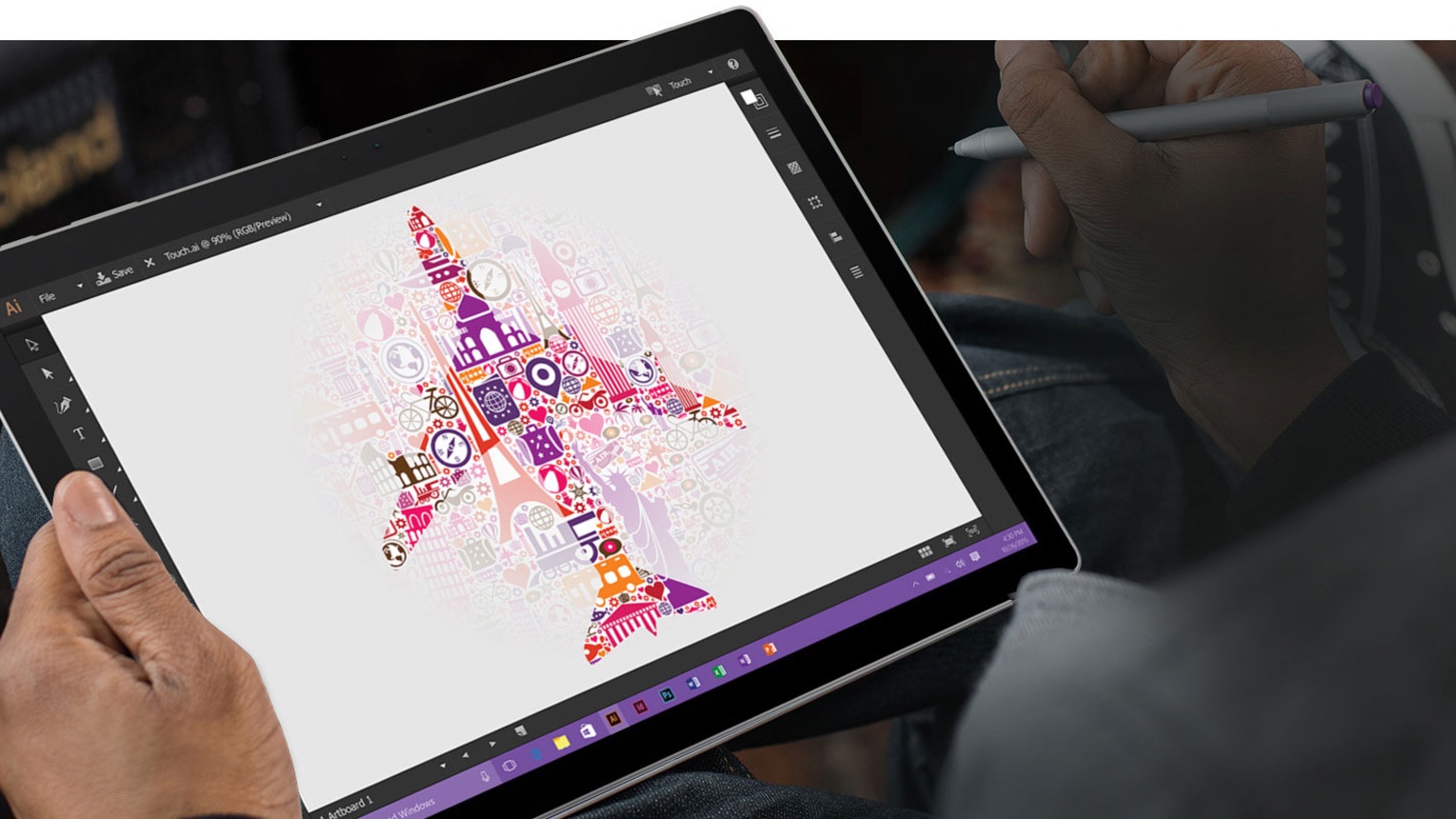 Microsoft unveiled a fresh lineup of Windows 10 devices yesterday during an event in New York City. Aside from demoing a new HoloLens game, Microsoft announced Surface Pro 4, Surface Book, Band 2, and some Lumia phones. At this point HoloLens still isn’t available to the public, but the rest of these devices (except for the phones) are now available for pre-order.

The new Surface Pro 4 tablet/laptop crossover has a slightly larger 12.3-inch screen than its predecessor and a lot more pixels (267 ppi). It is thinner, lighter and can be configured with up to 16GB of RAM and a 1TB solid-state drive. There’s also a redesigned Surface Pen and keyboard cover. Prices start at $899 with pre-orders now available from Amazon, Best Buy, and Microsoft.

Surface Book, Microsoft’s first laptop, has a 13.5-inch display with a pixel density of 267ppi and one of the most interesting hinge designs we’ve ever seen. The screen is actually removable so you can use it as a tablet. Other features include a backlit keyboard, Surface Pen support, and up to 12-hours of battery life on a single charge. Pre-orders are now live at Amazon, Best Buy, and Microsoft. It’ll cost you at least $1,499 to get a new Surface Book.

Microsoft’s Band 2 iOS/Android compatible wearable includes a curved OLED display and Cortana integration. Pre-order it now for $249.99 from Amazon, Best Buy, and Microsoft. The new Lumia 950 and 950 XL liquid-cooled Windows 10 smartphones double as a PC when hooked up with compatible peripherals. These new phone are still listed as ‘coming soon’ by Microsoft.