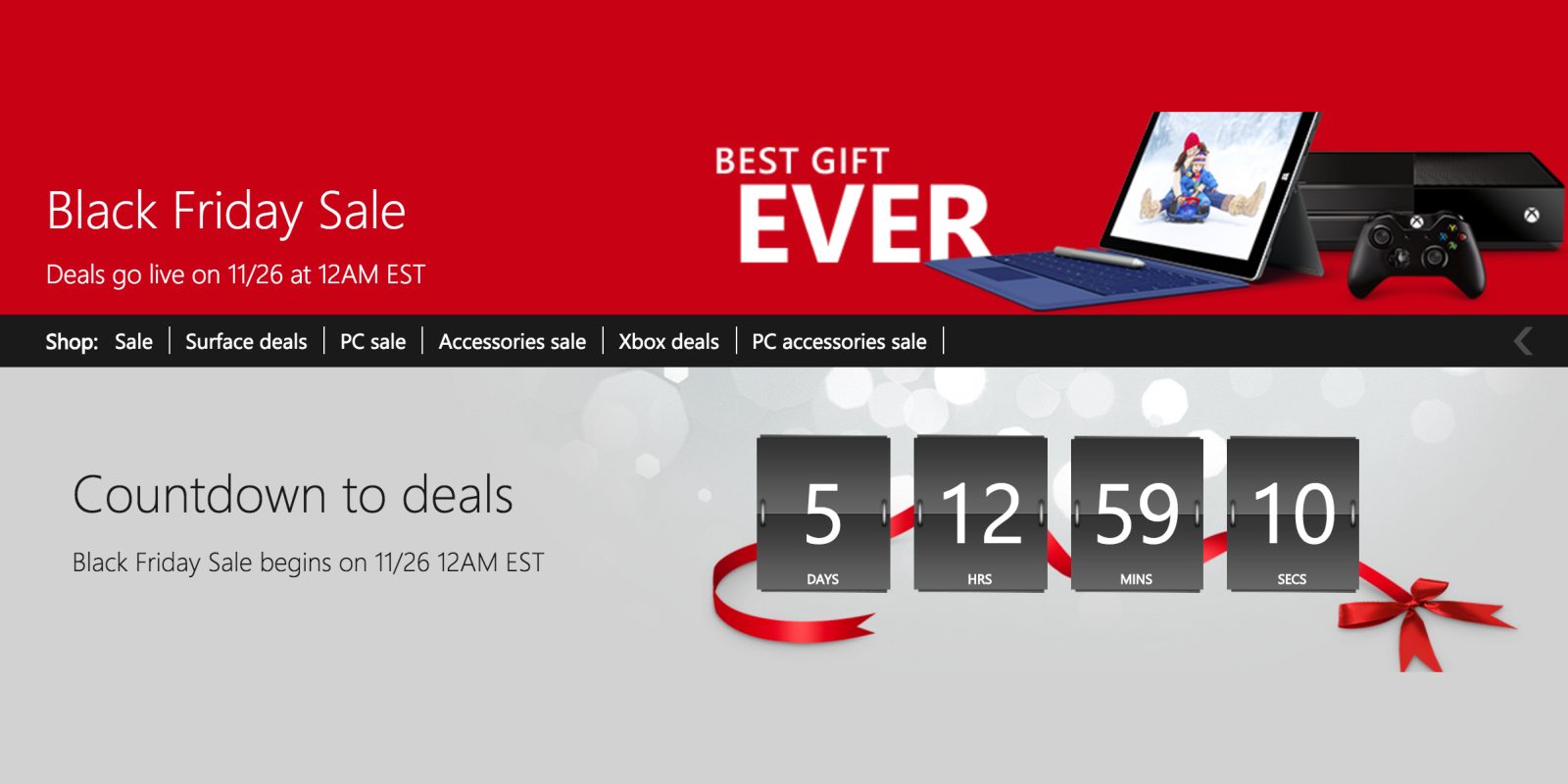 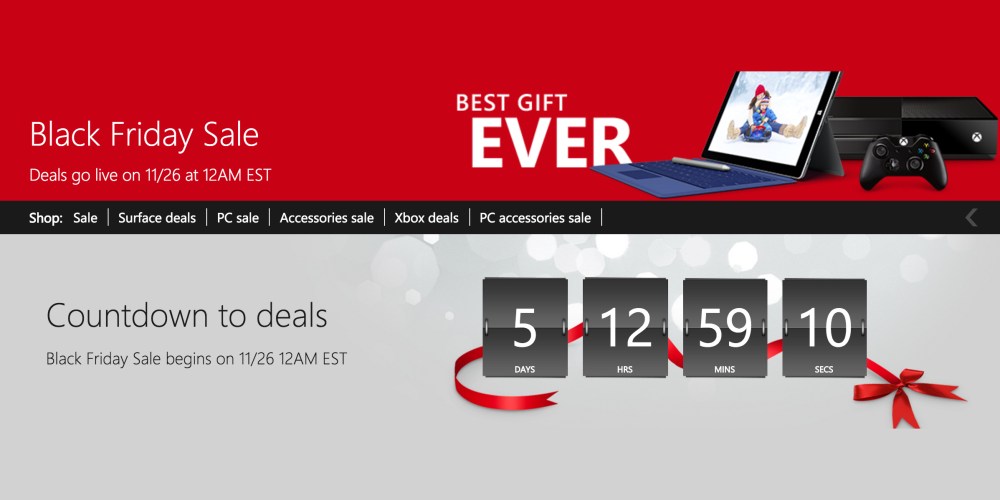 The Microsoft Store has announced its Black Friday sale that is set to launch next week on Thanksgiving Day. There are deals on Beats headphones, Xbox games/accessories, plus fitness trackers, PCs and more. We already detailed Microsoft’s Xbox digital games sale that launched this morning for Gold members, but gamers will find more deals here as well.

Head below for a full round-up and analysis.

The deals will start flowing on Thanksgiving Day at midnight and will continue through the weekend. This sale is online only this year, so don’t plan on swinging by your local Microsoft Store at the mall. Our top deal is the Beats Powerbeats2 Wireless In-ear Headphones (black) for $99.99 (Reg. $200). This matches Best Buy’s Black Friday price as the best deal that we have ever seen on these headphones.

While Microsoft hasn’t done much in the way of straight discounts on its Xbox One consoles, it is currently offering a number of bundles that may fit the bill. Notably, there are a couple of $399 bundles with multiple games thrown in.

We’ve been prepping for Black Friday for weeks, stop by our hub that’s full of information and ad leaks from all the top retailers. You’ll also want to take a look at our guide for Black Friday prep, the top 10 deals (so far) and how ShopRunner can play a key role in your holiday plans.