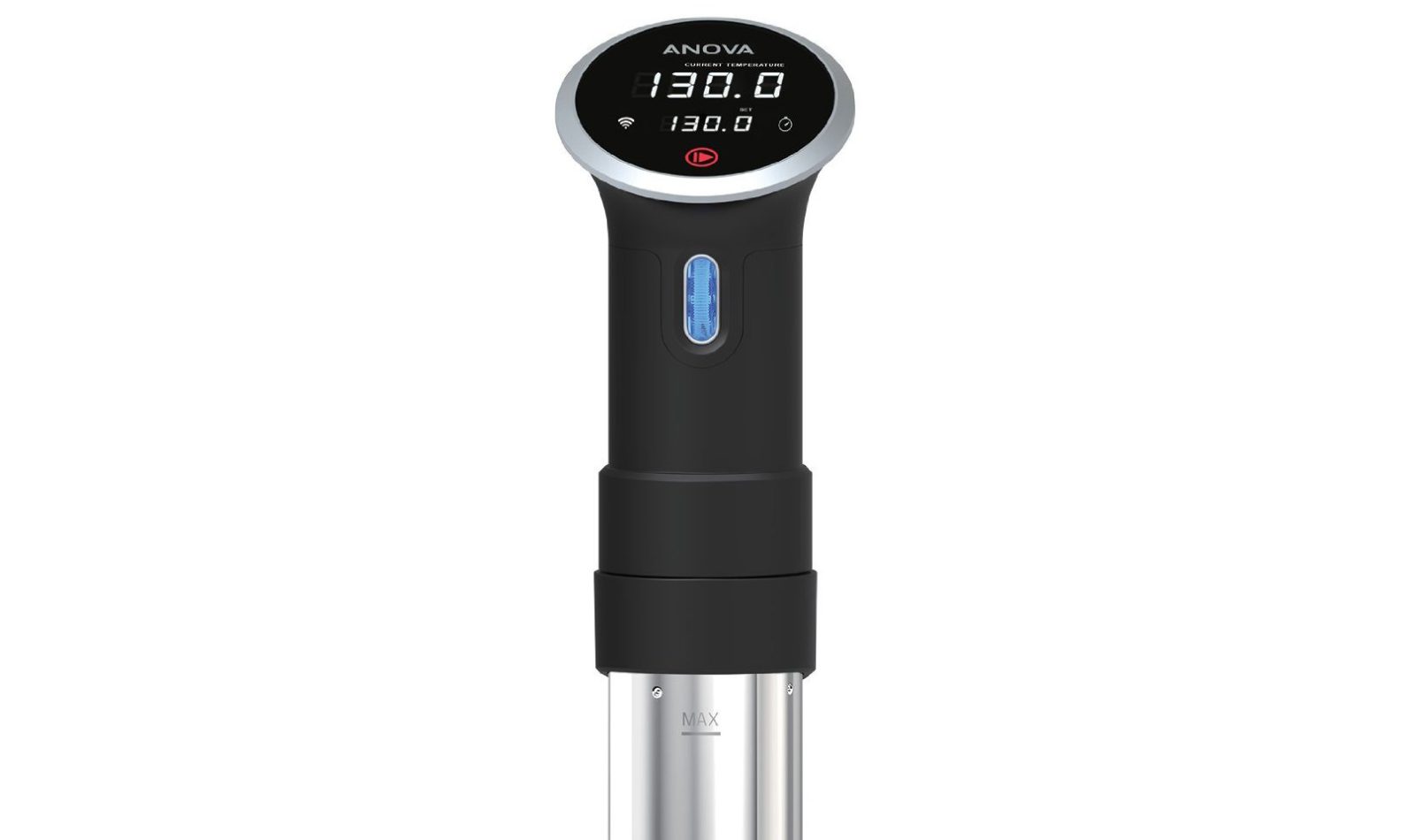 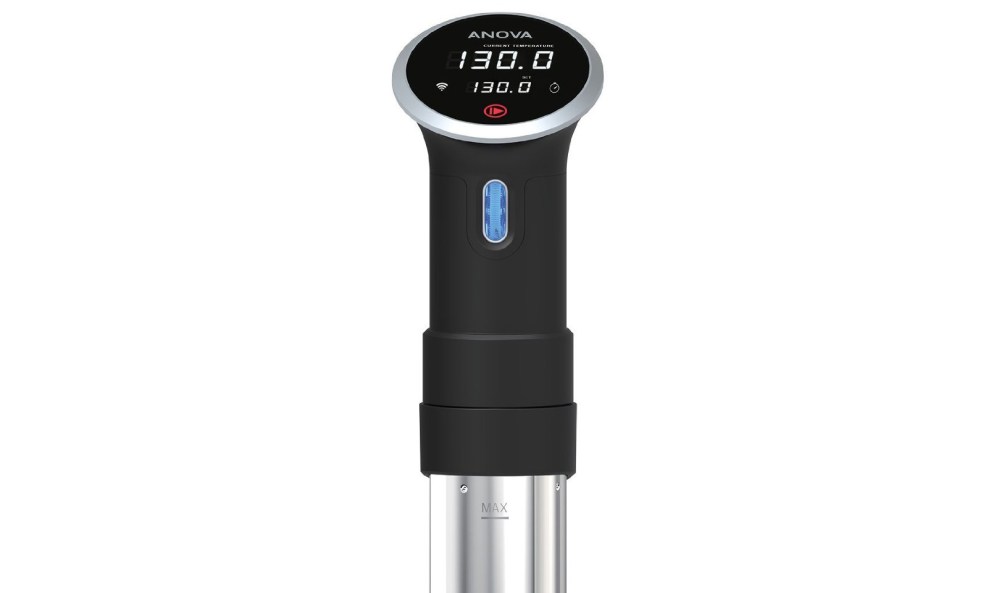 Much like every other room in your house, technology has slowly crept into our kitchen. It’s not a surprise that manufacturers are taking note of this trend when it comes to cookware. Nearly every standard appliance is available with some sort of Wi-Fi connected feature set. Add sous vide to that list, as well.

Anova Culinary has refreshed its popular sous vide Precision Cooker. It has added Wi-Fi in an attempt to increase convenience, while staying ahead of the competition. More details below. 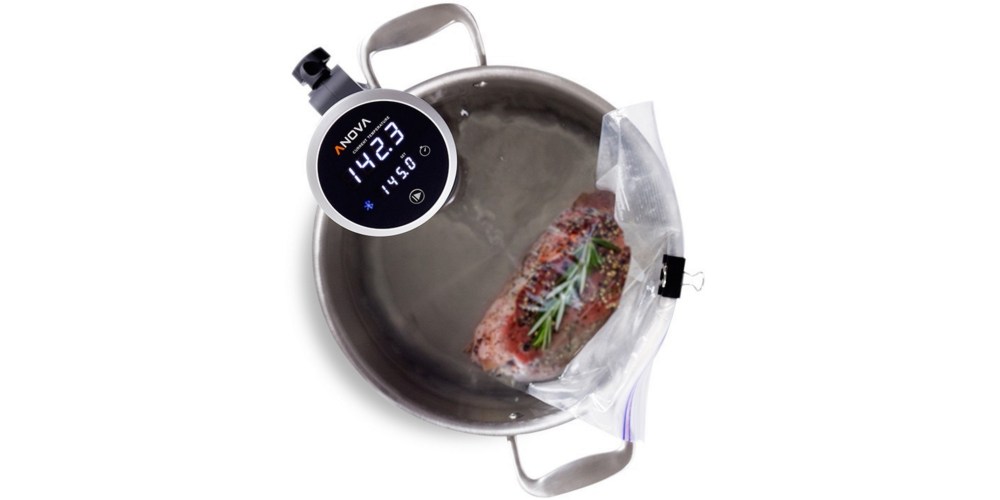 In case you aren’t familiar, sous vide is a way of cooking food in sealed air-tight plastic bags that are then placed in a temperature-controlled water bath. Sous vide is french for “under vacuum” and has gained popularity in the United States over the last few years as at-home equipment has become more affordable. This method of cooking is noted for its ability to retain moisture without overcooking the dish. Learn more in our Kitchen Tech article on this subject.

Anova Culinary is no stranger to the world of sous vide. Its first precision cooker was Bluetooth-enabled and offered remote control access via a smartphone. The newly updated version is a follow-up to its highly-rated brethren, adding Wi-Fi connectivity this time around. The difference in the two models centers around the ability to check on a meal’s progress when you’re away from home. Wi-Fi allows users to check on food from nearly anywhere via the free app, while Bluetooth connectivity requires the device to be within 40-feet or less. 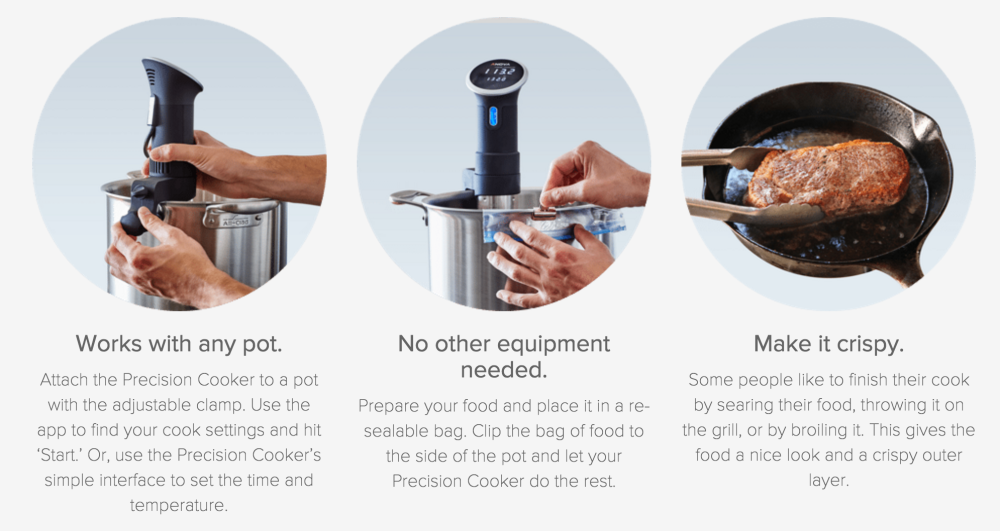 The addition of Wi-Fi brings a whole new level of convenience to this alternative cooking method. It also gives users a higher level of control, with the ability to tune the cooking temperature to a tenth of a degree. The cooker itself connects to the edge of a pot and simply does as its told. There really isn’t much guesswork other than following the recipe. A built-in display provides a visual reference point of temperature and other information. 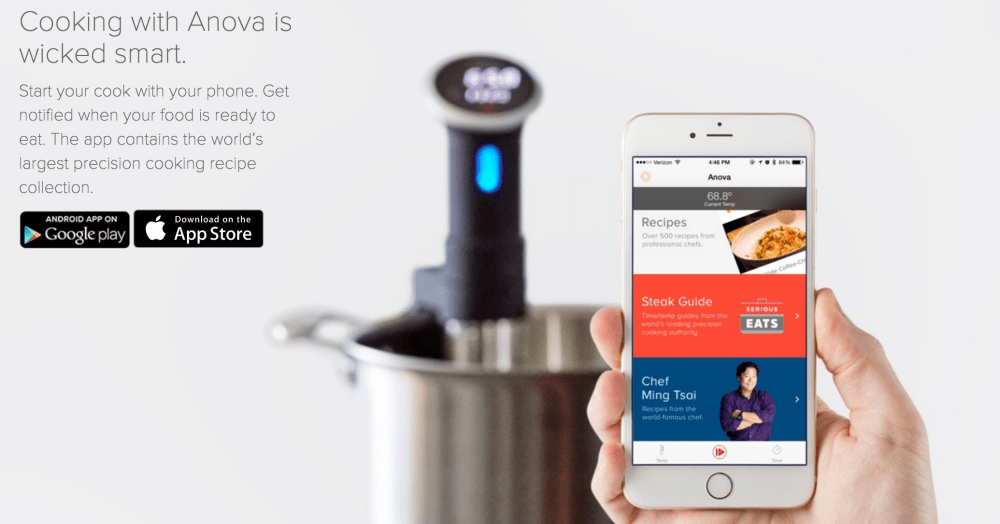 Anova’s newest Precision Cooker is now available for purhcase with a $199 price tag after being announced a few weeks ago. The previous-generation Bluetooth model is now down to $165 or even less direct from Anova. if Wi-Fi isn’t a must-have. Either way, this is a great gift idea for the cook on your holiday shopping list. Amazon also offers hundreds of sous vide cookbooks to help you get started this holiday season.