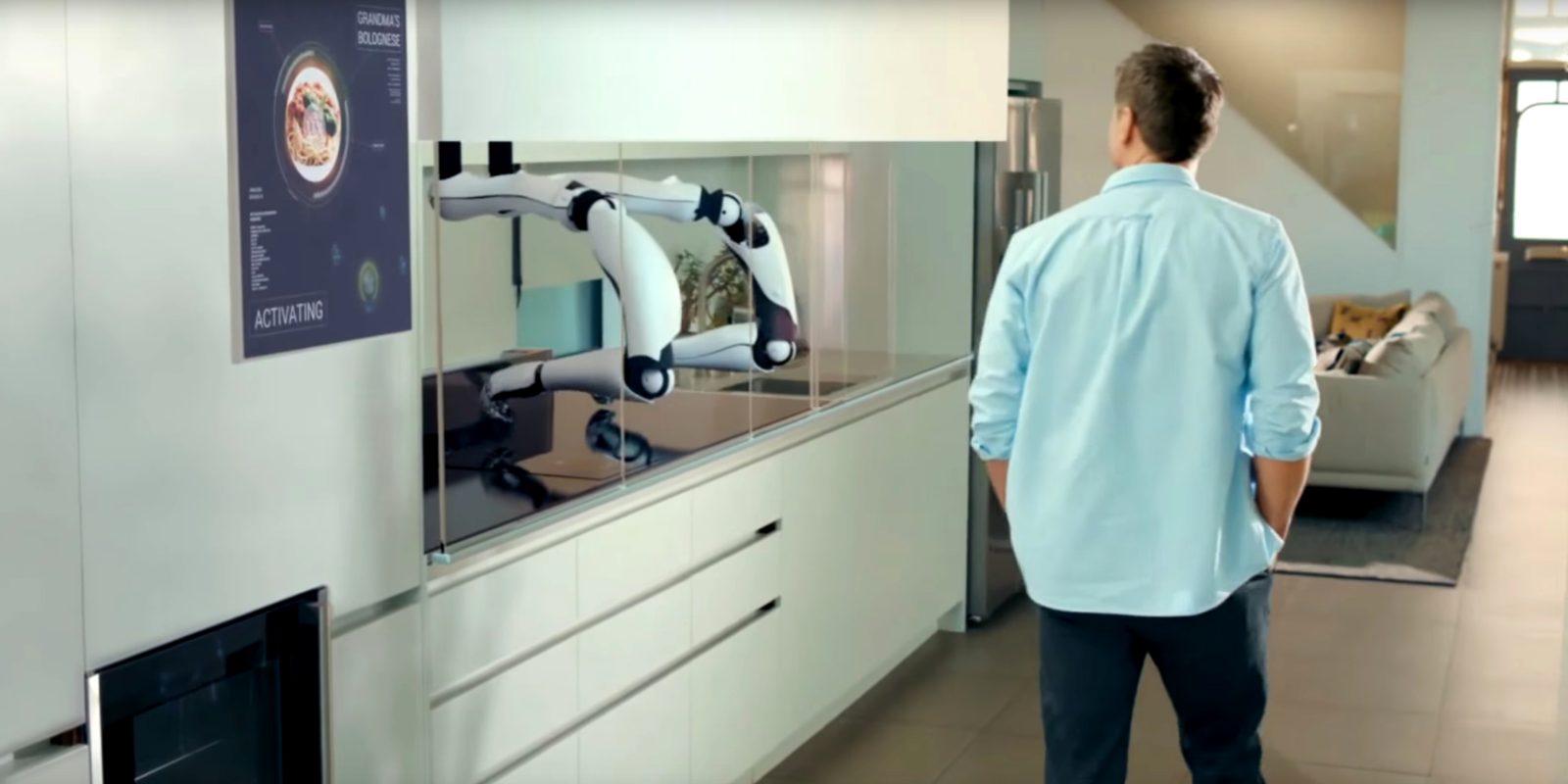 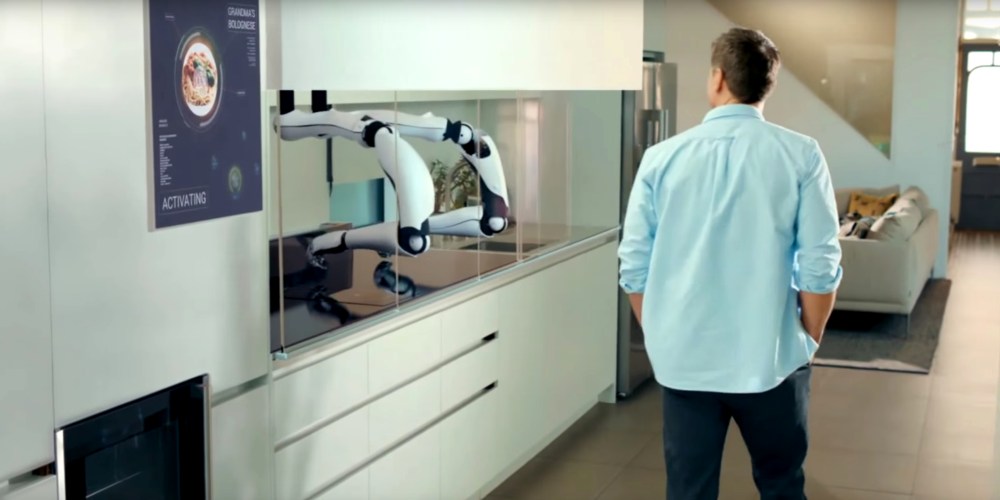 I don’t mind mixing it up in the kitchen. But to be honest, it would be nice to have a personal chef. That’s not likely to happen any time soon. While there are some products that can help me make a meal, there aren’t many options out there that will be do it for me. Insert Moley. A new start-up that has created a full-on robotic kitchen with an iPad-like interface and eyes on revolutionizing food prep. Think iRobot meets Guy Fieri…

Moley’s Robotic Kitchen is setup within your home behind a glass wall. This lets the system safely operate while you are at work, allowing the robot to prepare dinner in advance. All of the movements happen within a self-contained working space with a stove-top, sink, utensils and a few other accessories to get the job done. Moley uses two robotic arms that extend from the ceiling to move ingredients and adjust settings. The system is controlled by a large touchscreen that provides a library of recipes and settings for crafting a meal. Moley is working to curate this selection of meals with input from top chefs. In theory, you’ll be able to not only have a crab bisque prepared by Moley, it will be in the styling of a certain chef. 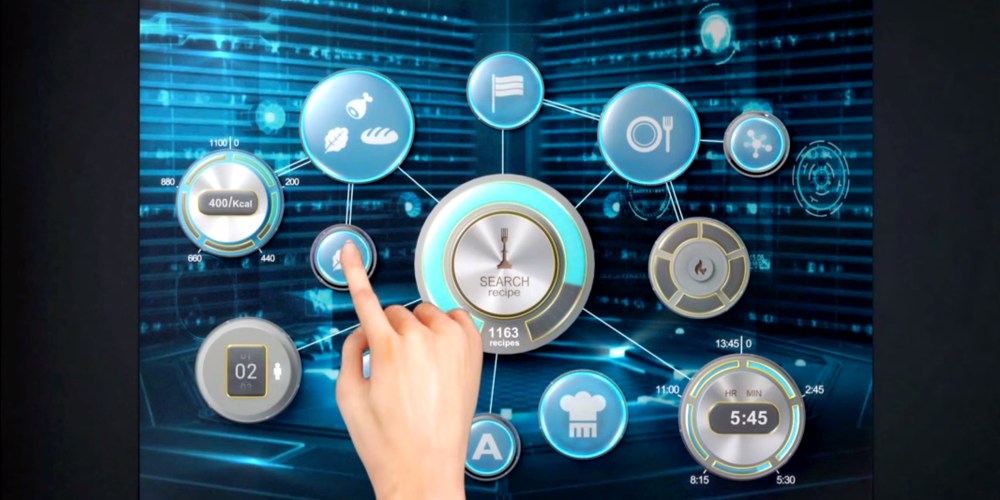 Moley hopes to record top chefs from around the world while meals are prepared and have the robot mimic those same movements. The plan is to put together a recipe library of around 2,000 options by the time it is ready to launch in 2017.

All together, there are roughly twenty motors, and over 20 joints plus 129 sensors that are constantly in motion throughout the cooking process. According to TIME Magazine, who received a hands-on look at an early prototype, Moley expects to price the system at around $15,000. At this time, Moley is planning on releasing its robotic kitchen in “Q4 2017”. That’s a long ways off and there is plenty of time for improvements (or missteps). 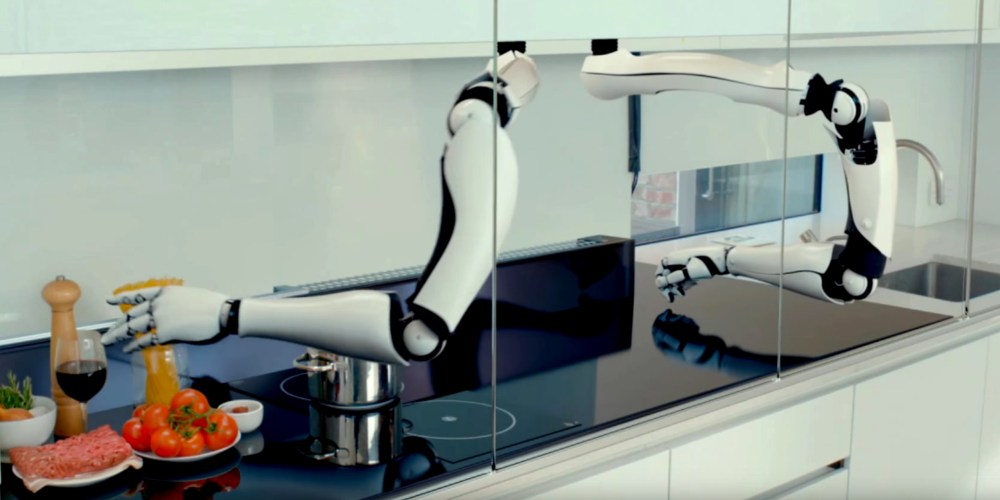 No matter, the idea of having a robot that creates an entire meal from scratch is appealing. To be having serious conversations about a viable product that is coming to market is encouraging. Until Moley is ready to share, we’ll keep playing around with iOS-connected scales pretending to be Gordon Ramsey.