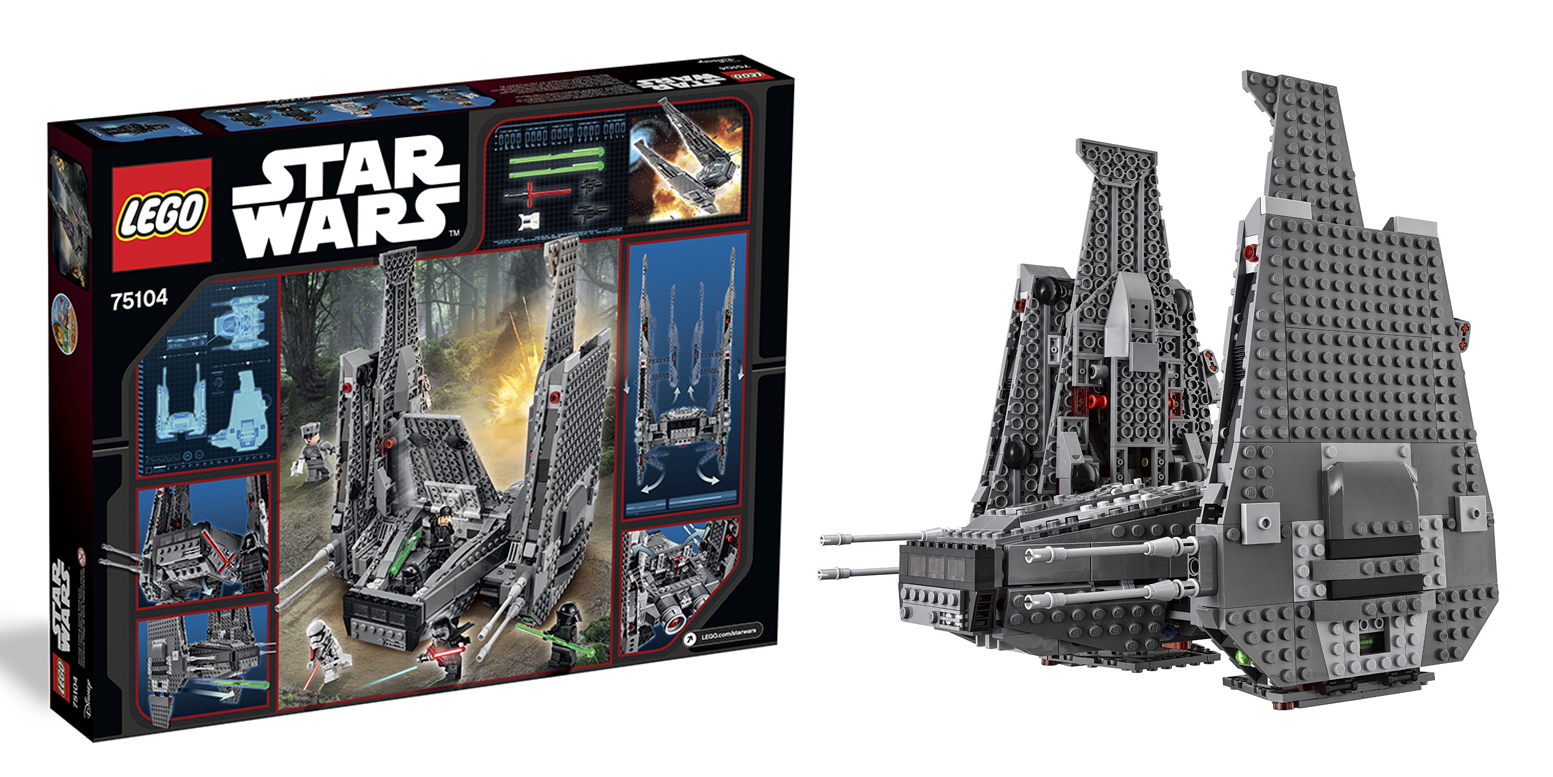 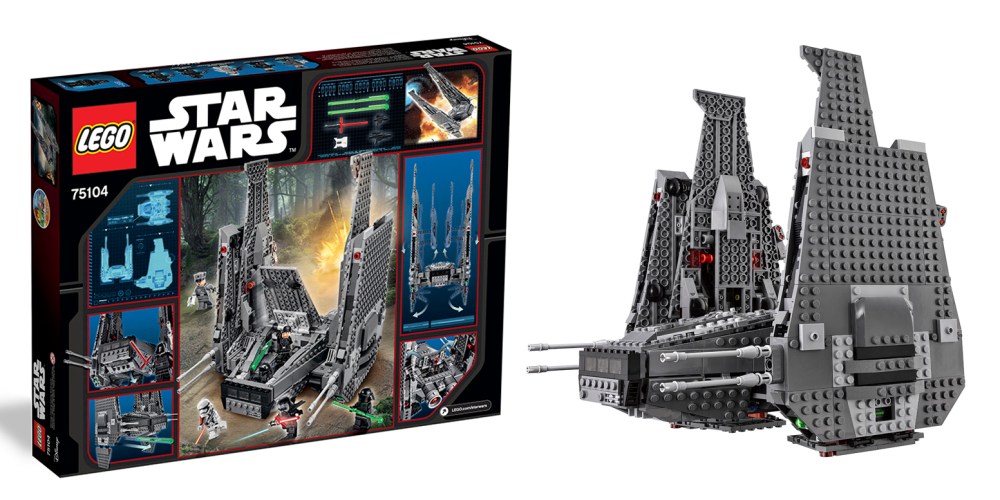 Walmart is currently offering a couple of noteworthy deals on LEGO Star Wars sets. First, you’ll find Kylo Ren’s Command Shuttle (75104) for $99 with free shipping. That’s $21 of the regular price, $11 less than Amazon, and the lowest price that we’ve ever seen for this set. This is the perfect gift for the Star Wars fan in your life ahead of The Force Awakens hitting theaters in 10 days. It measures 11-inches high and 8-inches long with fully retractable wings. Rated 4.7/5 stars.

Walmart also has the . That’s good for $11 off the regular price/Amazon and the first discount that we’ve seen on this set since it was released back in September. This life-like replication of the Millennium Falcon replaced set 7965, it includes six minifigurines: Rey, Finn, Han Solo, Chewbacca and others. There is a hidden storage compartment and room in the cockpit for two characters to sit at a time. Rated 4.8/5 stars.

You’ll find more toy deals in our previous round-up, including deals on NERF, Barbie and more. 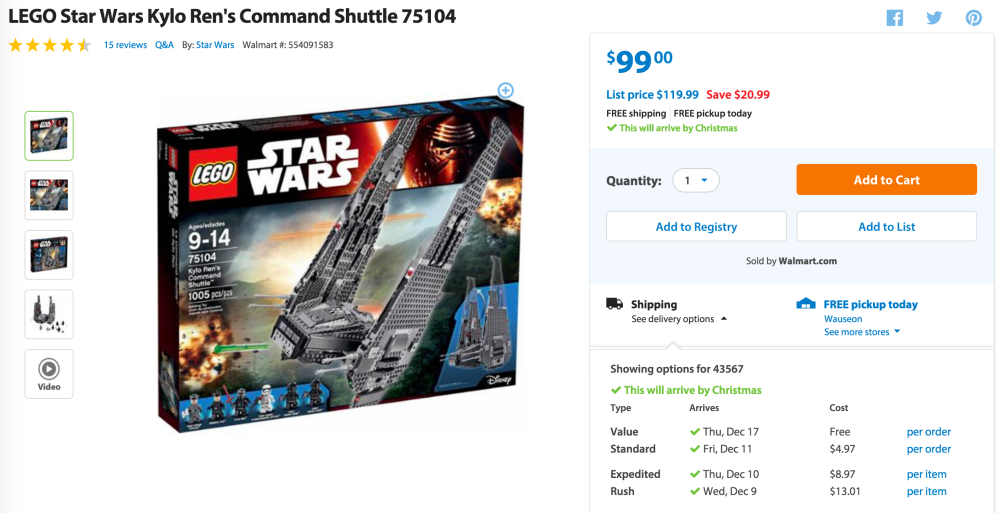 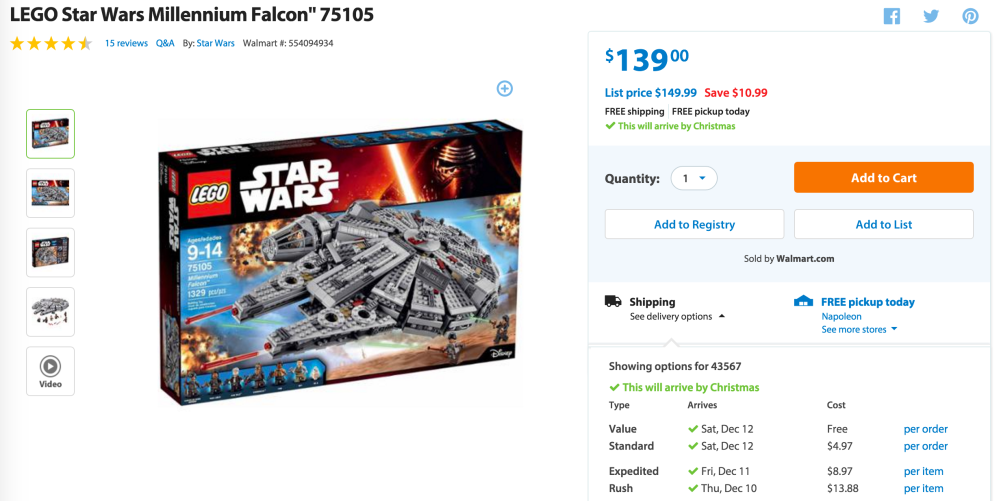