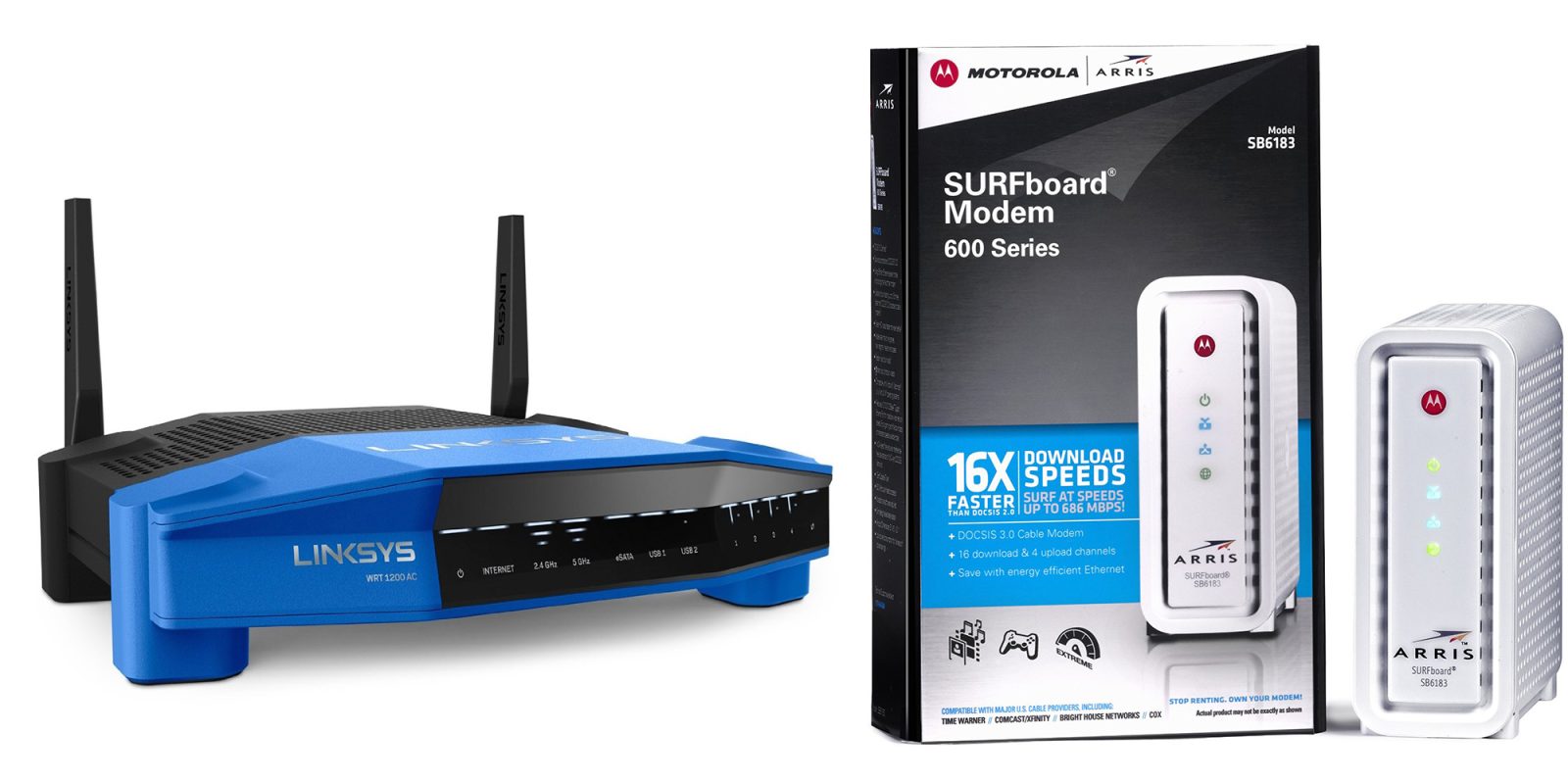 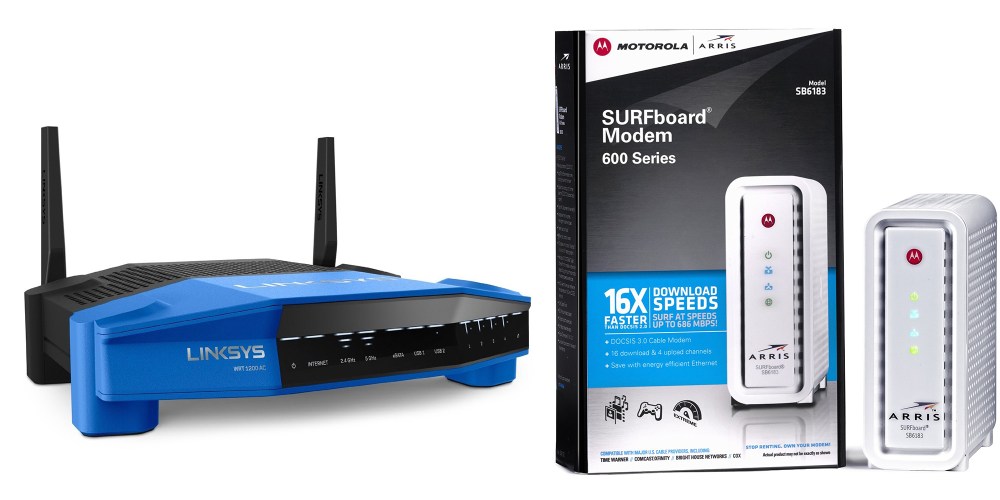 Newegg has a handful of solid networking deals to upgrade your setup with the latest technology and speeds available to consumers. Chances are, you added a few devices this holiday season and your network is under increased stress. Pick up some new equipment to ensure that every gaming console, streaming media player and iPad is running at peak performance.

First up, Newegg has the Linksys WRT1200AC Dual-Band 802.11ac Wireless Router + Motorola ARRIS SurfBoard SB6183 Cable Modem for $179.99 shipped. This bundle represents a $220+ value as the router regularly goes for $120 or more and the modem for $100. Today’s deal represents effective low prices on each model.

The Linksys WRT1200AC router features dual-band connectivity, 802.11ac speeds, four gigabit and one USB port plus beam forming technology. Rated 4.1/5 stars. Motorola’s SurfBoard SB6183 Cable Modem offers speeds up to 668Mbps down and 131Mbps up, it has DOCSIS 3.0 capabilities and is compatible with popular ISPs like Comcast, Time Warner and more (confirm with your provider before purchase). Rated 4.5/5 stars by over 1,300 Amazon customers. 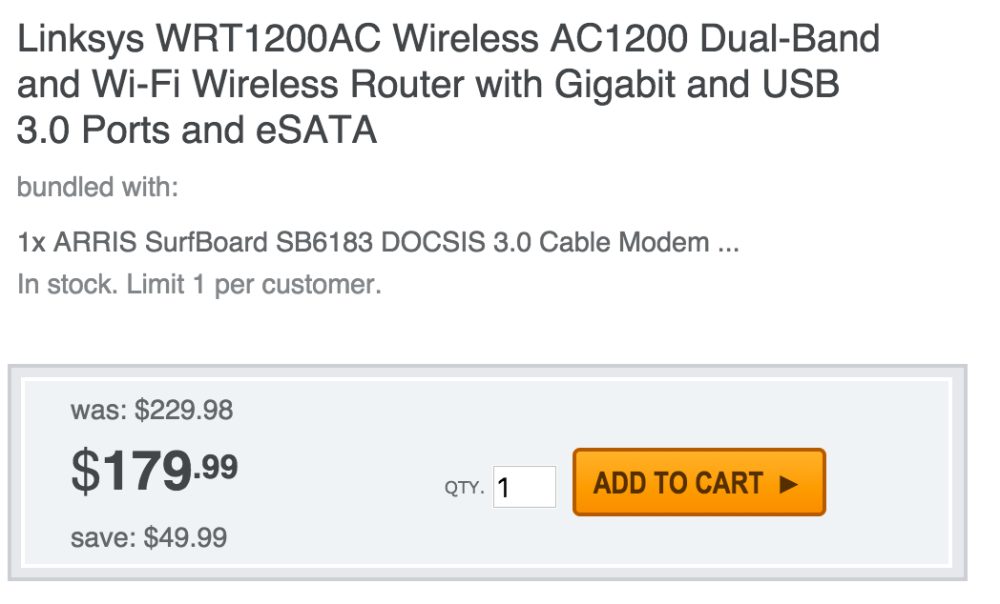