Digital camera darling Nikon is throwing its hat into a new product category this year. For the first time, Nikon will be manufacturing an action camera. Upon first glance, it’s obvious that this isn’t a typical GoPro competitor. The Keymission 360 Action Camera has two lenses and is capable of shooting 4K video. Nikon must feel that there is a market for not only action cameras, but one that can shoot 360-degrees of footage. So where does it fit in an already crowded product category filled with haves and have nots?

The Keymission 360 has a dual-lens design that is similar in size to GoPro’s HERO4 Session. It has all the usual specs that we’ve come to expect from a formidable action camera including a shockproof casing and waterproof design up to 100 feet. It also has Nikon’s Vibration Reduction technology, which should help keep images steady. The press release is somewhat scarce on details, but we do know that it can shoot 4K video. After that, it’s unclear exactly what all the Keymission is capable of.

One would assume that it will be able to capture still images, which is a particularly intriguing possibility for this camera. With Nikon’s technology, the Keymission may be able to lean on this feature (if available) to separate itself from GoPro. There is a single red record button on the top of the camera, a feature that reminds of the aforementioned HERO4 Session. Otherwise, you’ll just find the two lenses and a button for managing settings on the side. 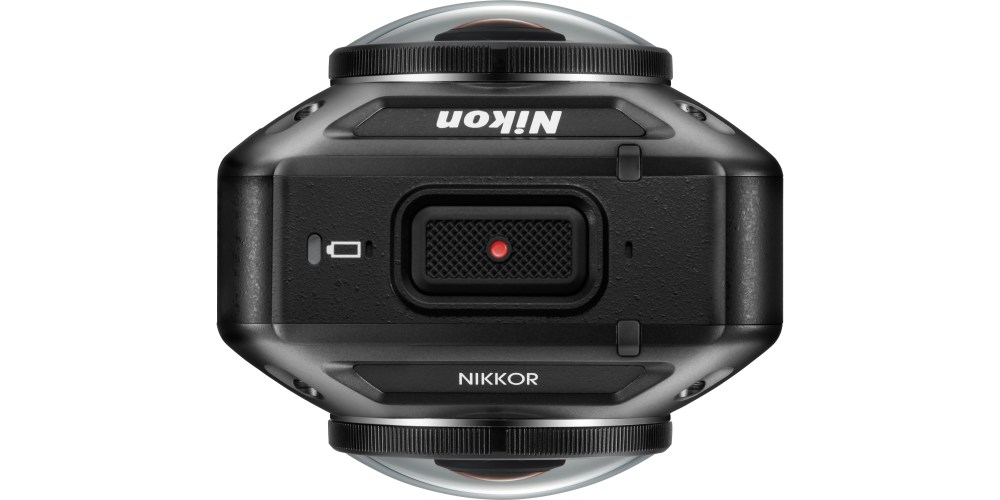 It will be interesting to see where Nikon settles on pricing for its new action camera. GoPro made the mistake of over-estimating what consumers will pay for a non-traditional option when it released the smaller Session. Will Nikon lean on its name to justify an upcharge? It’s not the first 360-degree camera to hit the market. Kodak released a similar option well over a year ago. We’ll have to wait until the spring to answer these questions when Nikon releases the Keymission 360.

Follow the entire 9to5 family of sites as the latest Apple, Google, electric vehicle and consumer technology news comes out of CES 2016.

LAS VEGAS, NV – Today, Nikon Inc. announced its entry into the action camera market with the development of an exciting lineup of products that build on Nikon’s legendary excellence in optical technology and imaging innovation. The first in the lineup will be the Nikon KeyMission 360 a rugged camera capable of recording true 360-degree video in 4K UHD allowing users to share new perspectives and explore imagery like never before.

The Nikon KeyMission 360 features an image sensor and lens on opposite sides of the device, with images from each combining to create a single immersive, ultra-high-definition 360-degree video and still image. A terrific companion for a wide range of travel, sports or when an adventure takes a turn off the beaten path, the camera is designed be easy to use and withstand the elements. Waterproof (approx. 100 ft./30m), and ready to stand up to dust, shock and low temperatures, the KeyMission 360 also features electronic Vibration Reduction (VR), enabled through applications during playback, that reduces the effects of camera shake to help produce sharp and crisp video quality.

Nikon will exhibit reference models of the KeyMission 360 at the Nikon booth at the 2016 Consumer Electronics Show (CES) from Wednesday, January 6 to Saturday, January 9, 2016 in Las Vegas, Nevada. The KeyMission 360, the first of Nikon’s lineup of action cameras, along with a variety of dedicated accessories, will officially be released in Spring 2016. For more information about the KeyMission 360 and other Nikon products, please visit www.nikonusa.com.