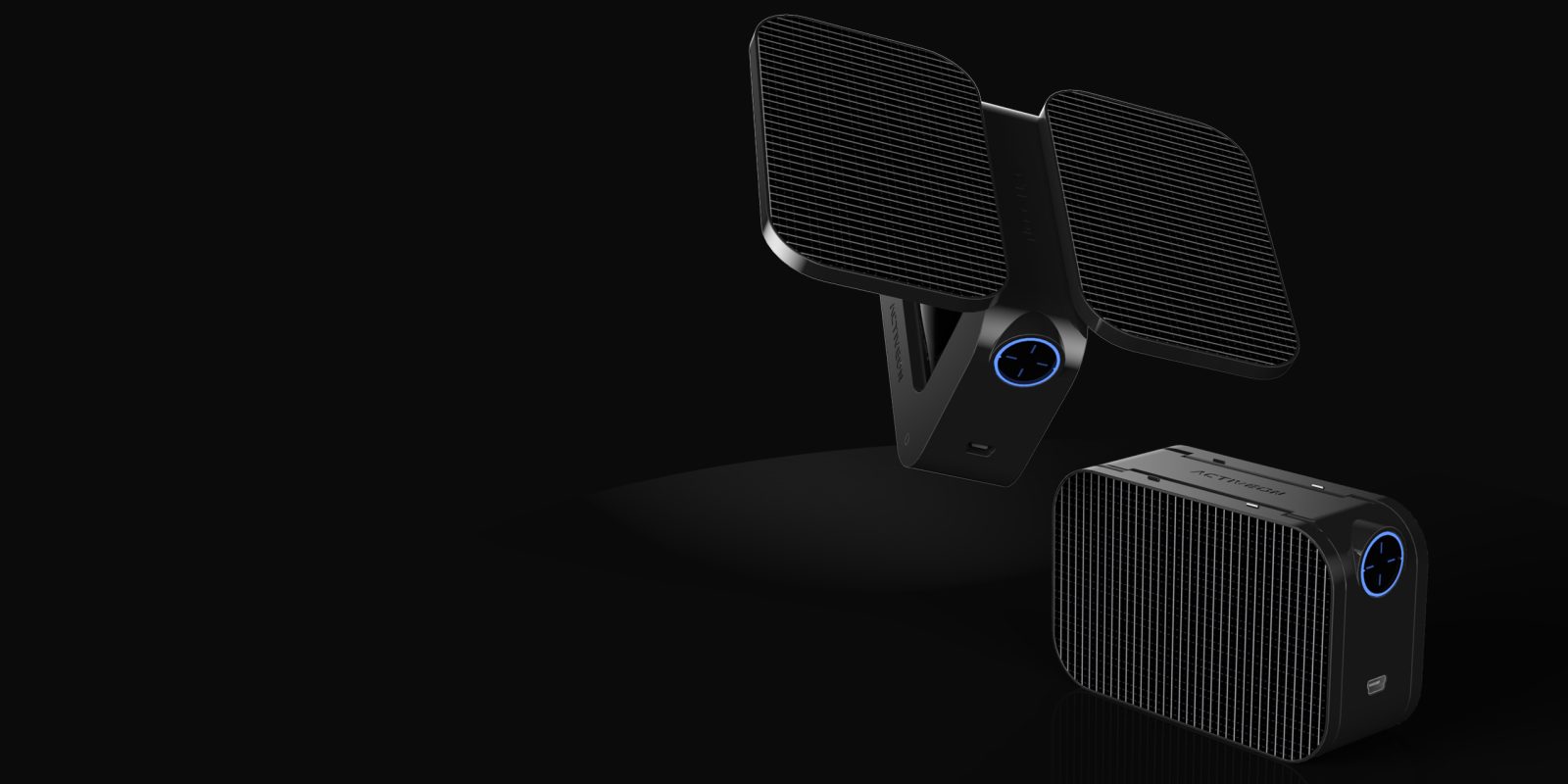 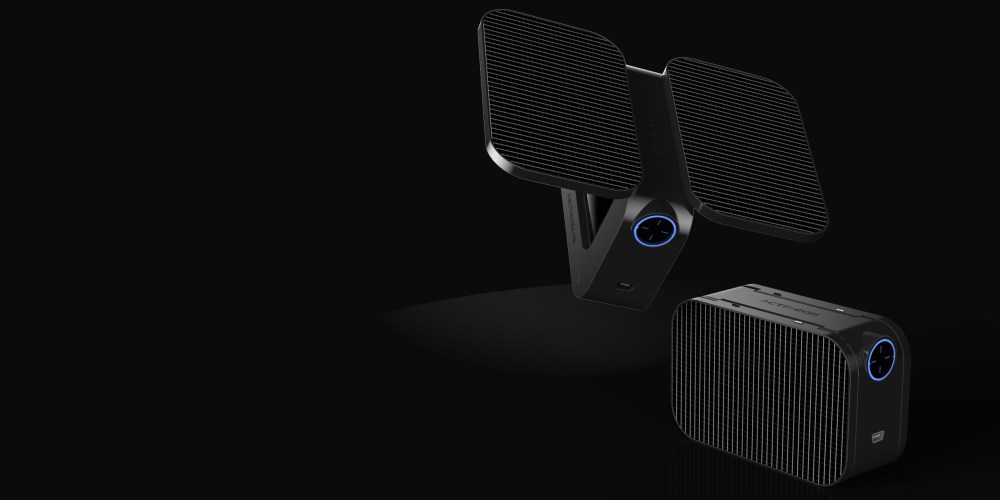 Action cameras have surged onto the scene in the last few years. GoPro has set the standard with top-of-the-line features and a whole slew of options for nearly every product category. One area that remains a concern is battery life. As cameras have become Wi-Fi-enabled and are now shooting at higher resolutions, recording time has suffered along the way. The best options on the market top out at around 90 minutes to two hours.

That’s where the Activeon Solar X comes in. While the built-in battery provides a standard two hours of run-time, the add-on X Station solar panels can provide an additional four hours of recording. Need more than six hours? There is an answer for that as well…

For the most part, Activeon’s action camera follows the standard design that we’ve come to expect over the years. There is an optic on the front, controls on top and a two-inch touchscreen display on the rear. The size and shape is very similar to GoPro’s HERO4 line-up.

The inclusion of winged solar panels is where things get interesting. Activeon has developed a “Burst Speed Charging” technology that can power the camera to 80% in 30 minutes or 100% in a hour when the camera is in direct sunlight. For someone like myself that spends a lot of time on the water during the summer months, there should be less concern about having a fully charged battery. When not in use, the solar panels can be folded down or removed from the camera for safe keeping. 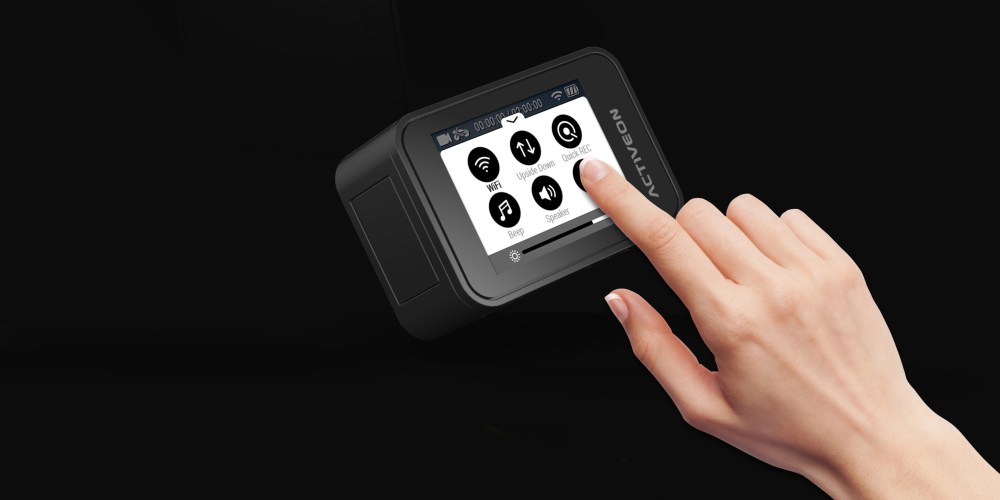 Thankfully, Activeon’s doesn’t lack in the specs department. It is capable of capturing 4K video and has built-in Wi-Fi connectivity for managing video or uploading content to YouTube, Facebook and other services. The Solar X has a built-in 16MP sensor for taking still photos along with a “seven-element F/2.4 high precision bright glass lens.” Activeon plans to have a full line of accessories available for its new action camera later this year. 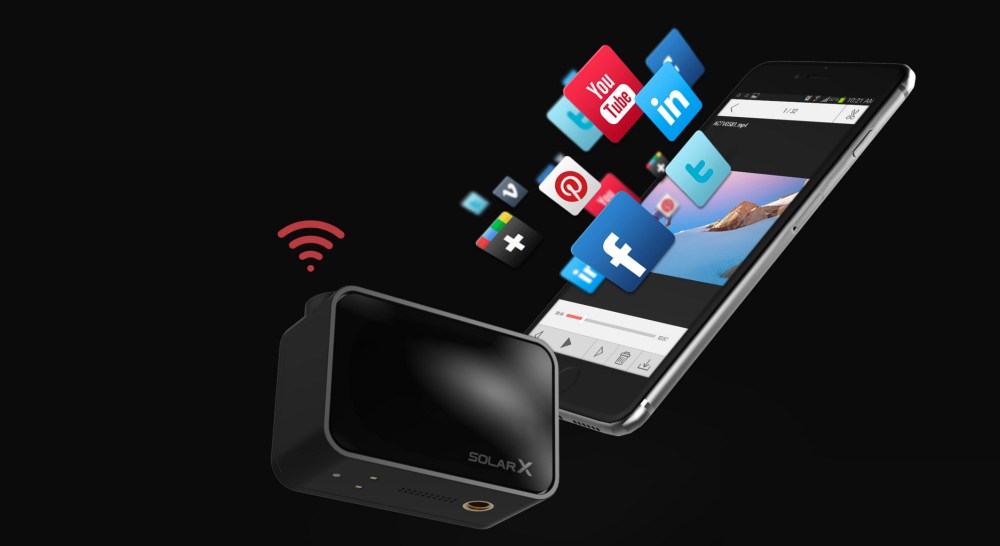 “ACTIVEON cameras are made to capture incredible life experiences and our new SOLAR X captures those memories in 4K quality. We’ve designed the SOLAR X to be like nothing else in the market today, with a slender profile, a lens system protected by smooth, toughened glass, and a unique recharging system that uses the sun itself to recharge its battery. So even if you’re in the middle of nowhere, you can keep recording your adventures,” said Frank Donato, Executive Vice President of ACTIVEON. “We expect the action camera market to nearly double in size in the next two years, to nearly 20 million units annually. That’s why ACTIVEON is continuing to innovate and bring to market new ideas that are groundbreaking and affordable.”

Not only is the ACTIVEON SOLAR X able to capture extraordinary photographs and videos, but it also connects with ACTIVEON’s X Station to avoid missing special moments. A sophisticated solar panel case, the X Station absorbs and stores energy from the sun to charge the SOLAR X. Utilizing the Burst Speed Charging technology, the X Station is able to charge the Solar X camera up to 80% in 30 minutes and to 100% in 60 minutes. The ACTIVEON Solar X provides a total battery life of six hours. This includes two hours of battery life from the built-in battery and an additional four hours of battery life with a fully charged X Station.

ACTIVEON SOLAR X, CX GOLD, and CX action cameras include an iOS and Android smartphone app to easily control the camera’s functions, monitor live video, and share content directly to social media. When connected to Wi-Fi the SOLAR X and CX Gold can automatically upload content to the ACTIVEON Cloud.

The SOLAR X is expected to reach retail stories in March 2016.

ACTIVEON, Inc. is a San Diego, California based company that manufactures and provides consumer electronics products including action cameras and flat panel televisions to major retailers in the U.S., Canada and Europe. ACTIVEON, Inc., founded in 2004 is a privately held company. For more information on ACTIVEON, Inc. please call (858)-798-3300 or visit www.activeon.com.