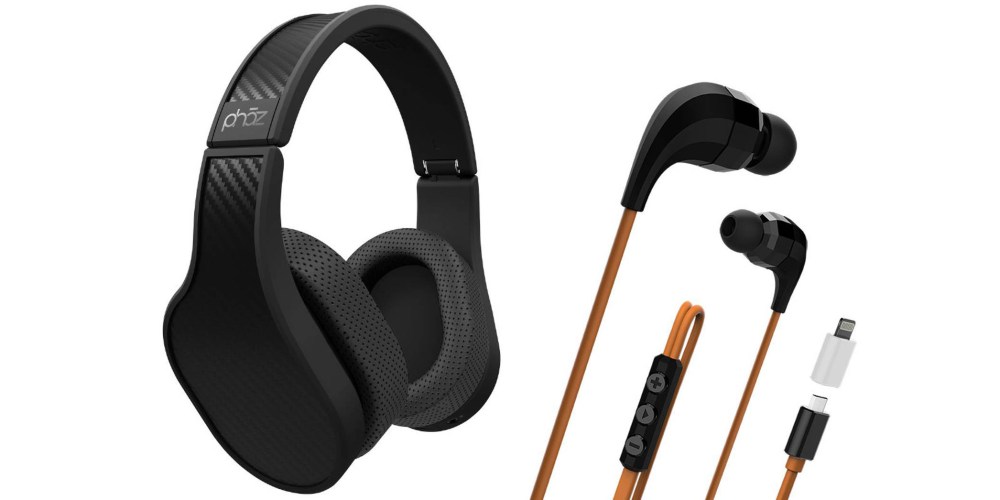 As we’ve noted, Apple is looking to drop the 3.5mm audio cable on the upcoming iPhone 7. Thus, headphone manufacturers are faced with the reality of new designs that either integrate wireless connectivity or bring Lightning ports into the fold. Phāz, a fresh face in the world of headphones, is doing just that.

The latest models from Phāz offer Bluetooth connectivity and can also charge your iPhone or Android device via a Lightning or microUSB cable.. With a built-in digital-to-analog converter (DAC) and amplifier, these headphones are worth a look as a companion for Apple’s next mobile creation. More details below.

Phāz is releasing five new headphones over the next six months. The standout model is the P5 Digital Headphones. Inside, the headphones will feature a 24-bit DAC and 40mm drivers that are powered by an integrated amplifier. While we have seen some headphones with additional hardware like this, it’s far from the industry standard. The built-in battery provides up to 10 hours of playback depending on how hard you’re pushing the headphones. Phāz has opted to include aptX support within the Bluetooth codec for higher-quality playback.

The wired connection, be it via Lightning or microUSB, can top off your phone’s battery if needed. Additionally, music can be transferred over the wired connection if that is your preference to Bluetooth. The included cable has built-in controls and a microUSB-to-Lightning cable adapter. You’ll also find some standard features like memory foam earpads, a carbon fiber housing, and interchangeable coverings that offer different colors. If you’ve got a buddy nearby, you can connect your headphones together via the P5’s 3.5mm jack.

We expect to see a steady flow of Lightning capable headphones over the next six months as we near Apple’s next iPhone event in the fall. The question is if manufacturers can lower prices down to levels that are more attractive to consumers. Currently, most of the options on the market come in at $200 or much more. For example, Philips’ Fidelio Lightning Cable headphones go for $300 and are rarely discounted. That’s not exactly an impulse purchase for most consumers.

Phāz plans to release its full line of headphones by August. The P5 over-ears are set to carry a $450 price tag in the fall.