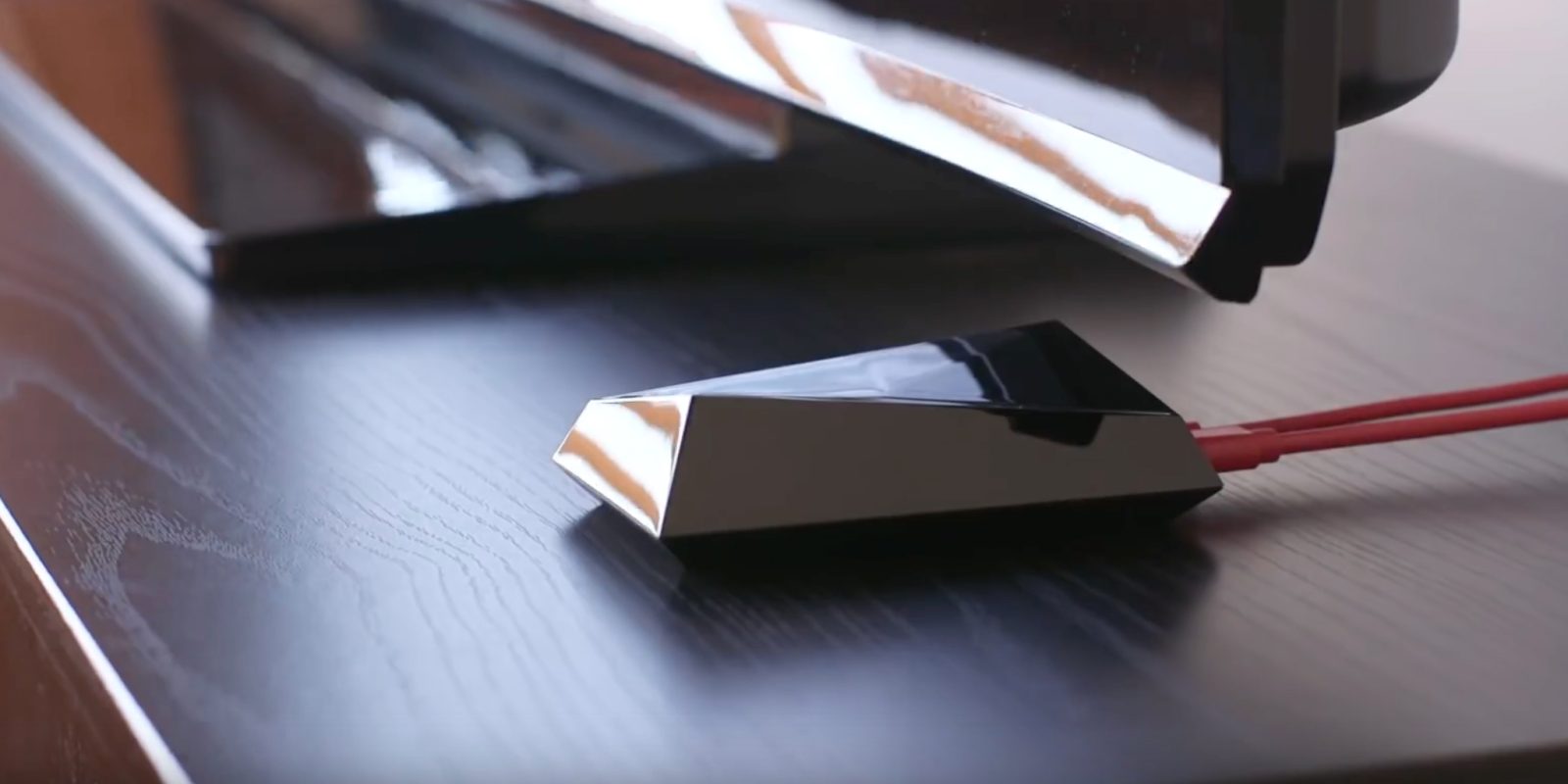 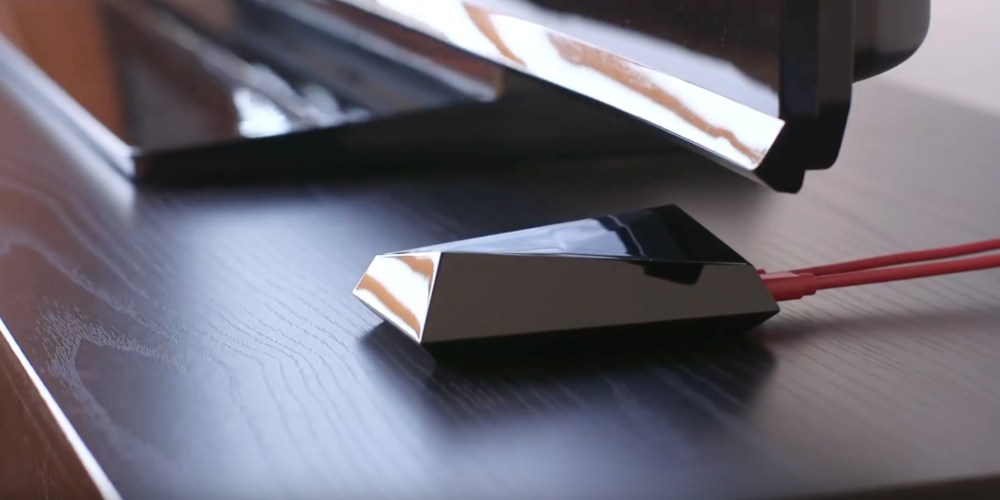 We’ve seen streaming media players that leverage your own personal headphones for private listening before. Roku uses a 3.5mm headphone jack that is built-in to its enhanced remote. The new Apple TV uses Bluetooth connectivity to get the job done. There are adapters on the market that can add wireless audio to nearly any setup. But beaming audio to multiple pairs of headphones for private listening is largely an untapped feature.

That’s where Blipcast is hoping to find its niche. This tiny add-on connects to any 3.5mm or optical audio source and streams sound to your iOS and Android devices via Wi-Fi connection. The idea isn’t new, but the execution is noteworthy. More below.

Setup is fairly straight forward: connect the geometric set-top box to your HDTV’s 3.5mm, RCA or optical jack to supply the audio. Then plug Blipcast into an outlet or the USB port on your HDTV (if available) and you’re all set. From there, power up the app on your iOS or Android device and start listening. Blipcast uses your Wi-Fi network to communicate between the unit and your phone or tablet. Multiple users can jump on the app at any point.

Blipcast is capable of pumping out 16-bit 44.1kHz CD-quality streams to any pair of headphones that connect to your device. There are a number of potential uses here, from drowning out noisy children to enjoying content while your spouse sleeps or reads. While the aforementioned streaming devices offer personal listening capabilities, it’s limited to that specific source. Blipcast’s agnostic approach to streaming audio makes it an intriguing product.

That being said, at $99 with a fall release date, you’ll have to have a serious need for this tech. In the meantime, it wouldn’t be surprising to see more established companies come out with cost-effective alternatives. Doubts aside, the product appears to be well-executed and could be a valuable addition to home theater setups. Especially if you feud with other members of your home over listening preferences. Interested? You have 13 days left to pledge and secure your own Blipcast.

In the meantime, you can grab an adapter to add single-user wireless streaming to your setup. We’re big fans of Logitech’s handy Bluetooth adapter, which plugs into your 3.5mm or RCA jack and casts out a signal up to 50-feet away. It’s popular with Amazon customers as well, collecting a 4.3/5 star rating from over 1,400.