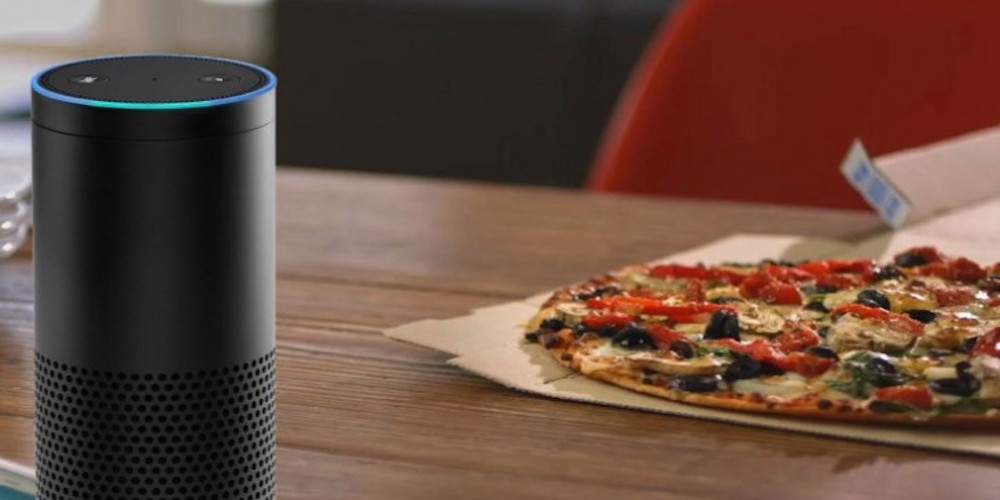 Amazon today announced that Spotify Premium subscribers in the U.S. can now listen to their music on Amazon Echo—just ask Alexa to play any playlist, artist, genre and more from Spotify’s catalog. And because Echo also supports Spotify Connect, customers can effortlessly transfer and control their listening experience from the Spotify app to Echo—just select Echo from the list of available devices within the Spotify app.

Amazon is updating its FireTV/Stick and Echo Smart Home Speaker ahead of the biggest US game of the year. The Fire TV Stick, which is currently on sale for $34.99 shipped (Reg. $40), will now stream audio to Bluetooth headphones “for private listening while watching your favorite movies, TV shows or gaming.” Alexa voice support will be delivered to first generation Fire TV and Fire TV Stick devices.

Since the launch of the new Fire TV in September, we’ve added dozens of Alexa skills to Fire TV devices including local search (i.e. the ability to find restaurants in your neighborhood), Amazon Choice and Re-Ordering from Amazon.com (i.e. quickly purchasing items off Amazon.com), home automation (i.e. turning on the living room lights via Alexa), traffic (i.e. find out how your commute to work is looking), Audible, games like Jeopardy!, Bingo, and more

Probably the coolest new feature coming to Amazon’s Echo Speaker is the ability to order pizza – you know, for the Super Bowl – with your voice…from the couch…without pulling out your phone! Even better, Newegg offers $5 off a $25 Domino’s gift card via email delivery, so you aren’t going to be paying full price either.

Head below for the details.

ANN ARBOR, Mich., Feb. 3, 2016 /PRNewswire/ — Football players aren’t the only ones who are preparing for the big Feb. 7 game.Domino’s Pizza (NYSE: DPZ), the recognized world leader in pizza delivery and digital ordering platforms, is bringing its fan-favorite Domino’s Tracker® and ordering capabilities to Amazon Echo, just in time for one of the company’s busiest delivery days of the year.

As the Denver and North Carolina football teams get ready for their biggest Sunday of the season, Domino’s expects to sell more than 12 million pizza slices nationwide on game day – about five times more than on a typical Sunday. And now, Domino’s customers can track any order, as well as place their most recent order or Easy Order, using Amazon Echo.

“Ordering via Amazon Echo marks Domino’s eighth platform in the suite of AnyWare technology,” said Dennis Maloney, Domino’s vice president and chief digital officer. “We want to continue making ordering pizza as convenient as possible, and this is no exception. Customers can order from anywhere they are, including from the comfort of their couch while watching Sunday’s football game.”

“The magic of ordering pizza without lifting a finger and just using your voice is now a reality with Alexa and Domino’s,” said Rob Pulciani, director, Amazon Alexa. “We’ve made it easy for companies like Domino’s to use the Alexa Skills Kit to create more natural, intuitive ways for customers to interact with their services.”

In order to place an Easy Order or most recent order, customers must enable the Domino’s skill within the Amazon Alexa app by linking their account to their Domino’s Pizza Profile. To simply track their order, Domino’s customers must enter the phone number associated with the order and Alexa will provide its current status.

“Domino’s is the first in the pizza and quick-service restaurant industries to have an Amazon Alexa skill,” said Maloney. “We’re extremely proud to be the only restaurant company in the U.S. that gives customers the ability to order via emoji, Twitter, text, smart TV and now Amazon Echo.”