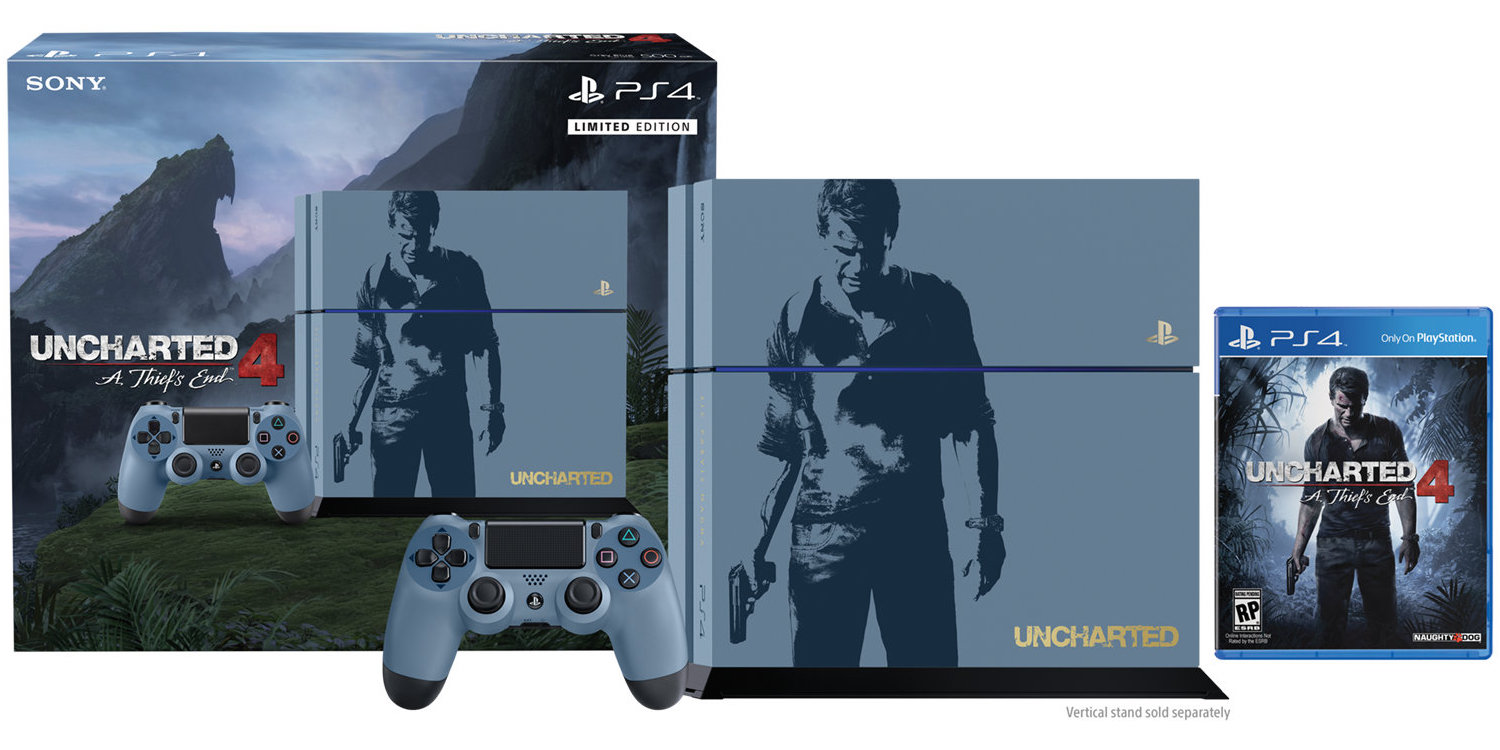 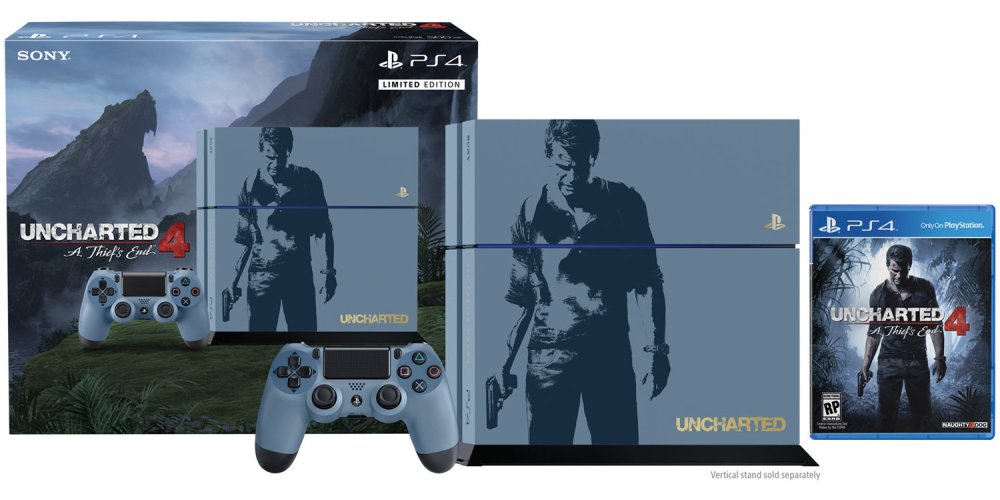 Sony has now announced the brand new Limited Edition Uncharted 4: A Thief’s End PS4 Bundle today. PlayStation is celebrating Nathan’s Drake’s final adventure with the limited blue-gray color palette, along with gold accents and a silk screened image of the man himself:

Set for release on April 26th, the bundle includes a matching DualShock 4 controller etched with the game’s famous phrase: “SIC PARVIS MAGNA” (Greatness from small beginnings). As usual, the controller will come available on its own in early March and we can expect a matching PS4 Gold wireless headset around the same time. You can get a closer look at everything below including Uncharted 4.

The new console bundle is already available for pre-order on Amazon for $399.99 shipped and includes a number of extra goodies: Snow Camo Weapon Skin, Drake’s Fortune Outfits, Golden Weapon Skin, Naughty Dog Points (in-game currency), and more. Both the new DuslShock 4 controller and Gold wireless headset are also up for pre-order right now at $64.99 and $99.99 respectively.

If you already have a PS4 but are looking to get your hands on the A Thief’s End, Amazon is currently offering pre-orders on the game for just $47.99 shipped for its Prime members, along with a host of other soon-to-be-released titles. If you’re looking to get caught up on the series, Amazon is currently offering the remastered Uncharted Nathan Drake Collection (contains all previous games) for $28.38 Prime shipped, which is within a dollar or so of the lowest ever from a trusted retailer.

As usual, our games hub has all the best deals across every platform, along with a few notable console bundle deals (PS4 and Xbox One.)