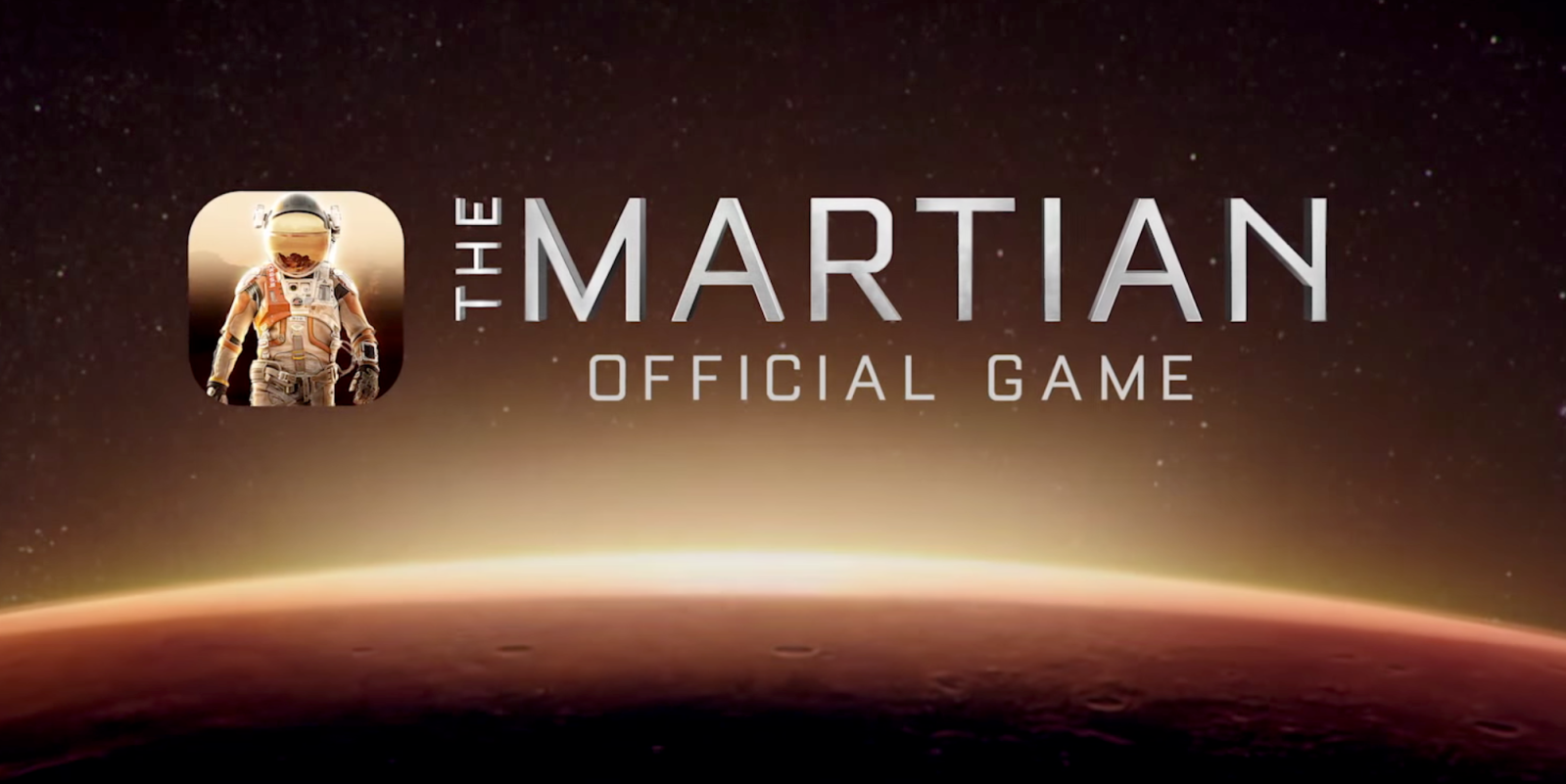 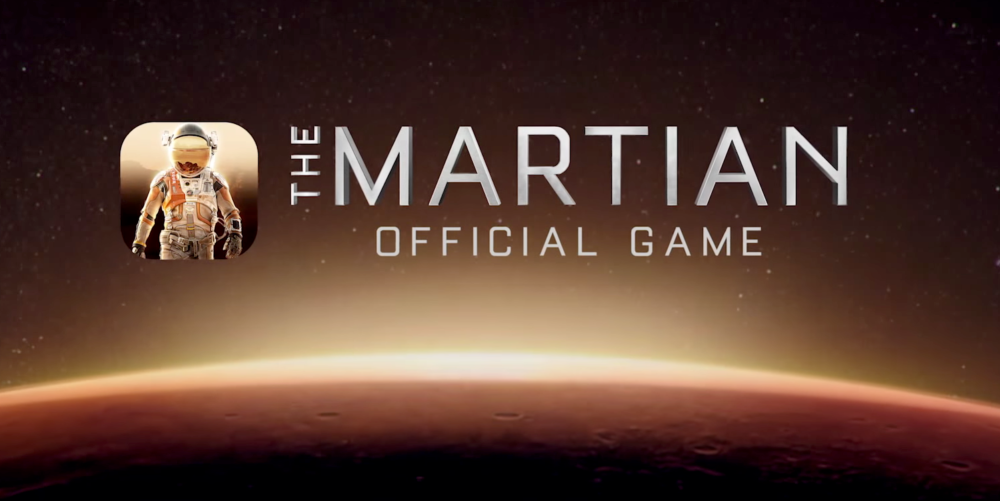 After locking down 7 Oscar nods, The Martian saw an official game release on the App Store and Google Play. In celebration of the film’s success, the game is now available for free on iOS for a limited time. The official Martian game launched late last year for $2.99 and has seen a few nice price drops since then, but today is the first time you have been able to grab the game for nothing.

The title takes on the form of a text-based adventure game with some survival-management sim elements. You play as “a NASA communications specialist and Mark’s sole contact with Earth in this riveting story of survival against all odds. You choose the story path that will ultimately decide Mark’s fate.” Gameplay footage and screenshots down below:

This iOS universal app has full Apple Watch integration, allowing you to receive critical data from Mark and advance the story from your wrist as well:

Communicate with Mark in real-time using the Ares III messaging system. Guide him through crucial and difficult decisions to ensure his survival.

Provide Mark with the right advice before time runs out. Remember, science matters! The wrong information could put Mark’s life in jeopardy.

Keep Mark healthy, safe and calm by keeping a constant eye on his real-time vitals on your Apple Watch.

Provide Mark with life-saving information collected from a diverse team of experts you unlock along the way.

PAY ONCE AND PLAY

The Martian: Bring Him Home contains no in-app-purchases or ads.

If you’re interested in a Blu-ray copy of the film, Amazon and Best Buy still have at the lowest price around.

As usual, the rest of the day’s best game/app deals can be found right here, Apple is offering the popular iOS video editing app ‘Videoshop’ for free ($2 value), GTA: Chinatown Wars is on sale, Final Fantasy II is still free, and the latest Free App of the Week is now available. 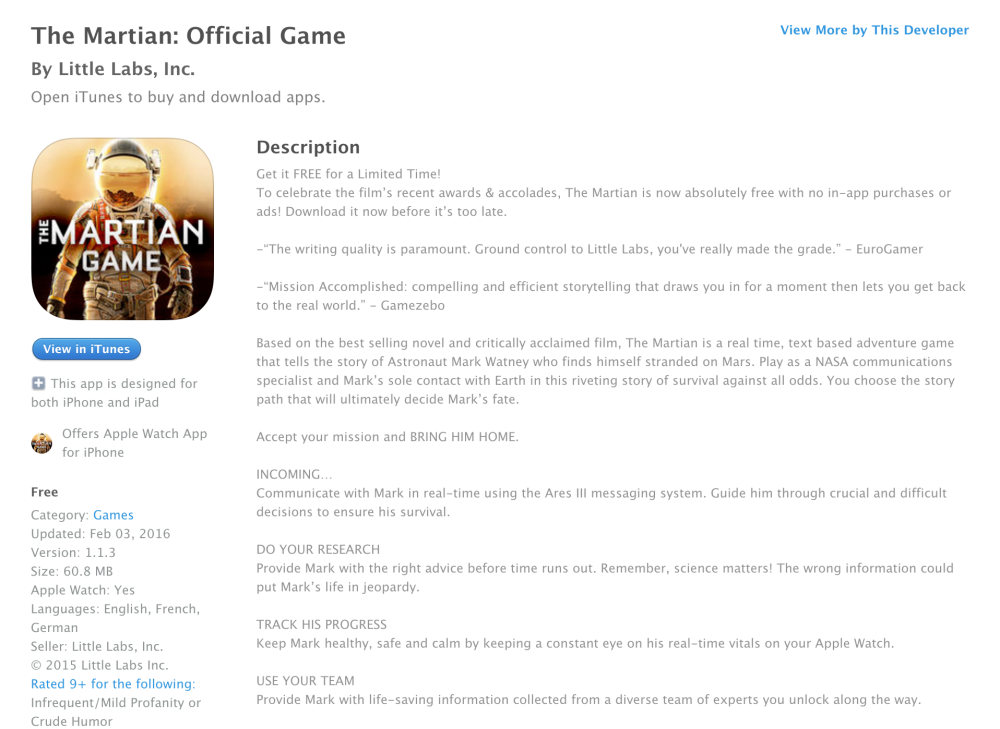