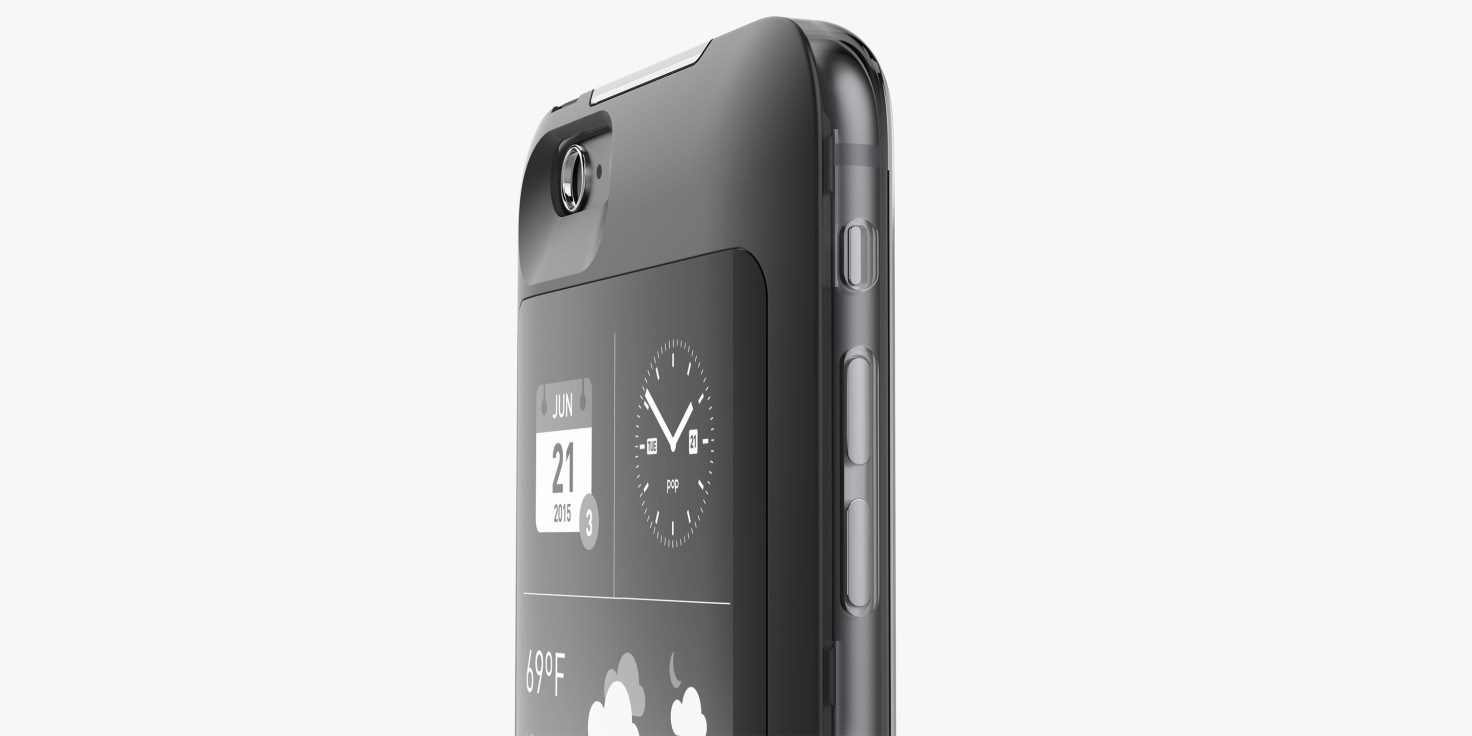 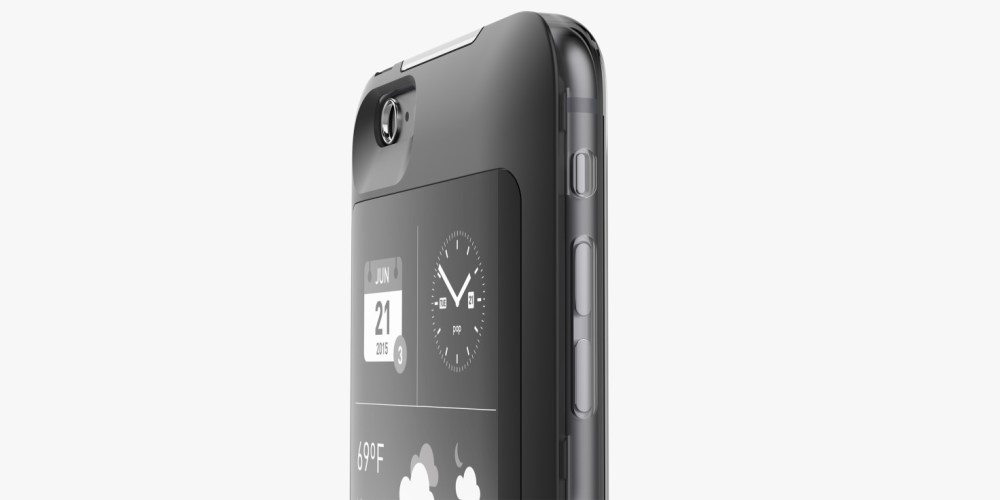 It was almost a year ago exactly when popSLATE first released its e-ink display case for the iPhone 6. Straight away it looked like an intriguing alternative to wearables as a means of keeping up-to-date on notifications without unlocking your phone. However, the first generation’s design was a little clunky.

Fast forward to 2016 and popSLATE has launched a new Indiegogo campaign for its second generation iPhone 6/s/Plus case. The design has evolved in twelve months from the first release. With 22 days remaining in its crowdfunding campaign, it’s also clear that there is significant interest in this product…

The premise between the original and new popSLATE case remains largely unchanged. An e-ink display is added to your iPhone in hopes of offering a means for quick access to information. The campaign page describes it as a “smartwatch but with a five-inch screen” and an “e-reader without the extra device.” It still offers always-on access to information like news, sports scores and notifications. Your boarding passes, loyalty cards and other Apple Wallet items are easily displayed, as well.

Where popSLATE has really improved is its new slender design. Coming in at 0.16-inches, it’s commendable that the manufacturer was able to fit a second display and battery into the case.

Speaking of the power supply, users will be able to enjoy up to an extra nine hours of talk time or four hours of web browsing. A welcome addition is the ability to charge the case via your Lightning cable, skipping the need to have a microUSB on hand. Both of these features are new additions to the second generation model. 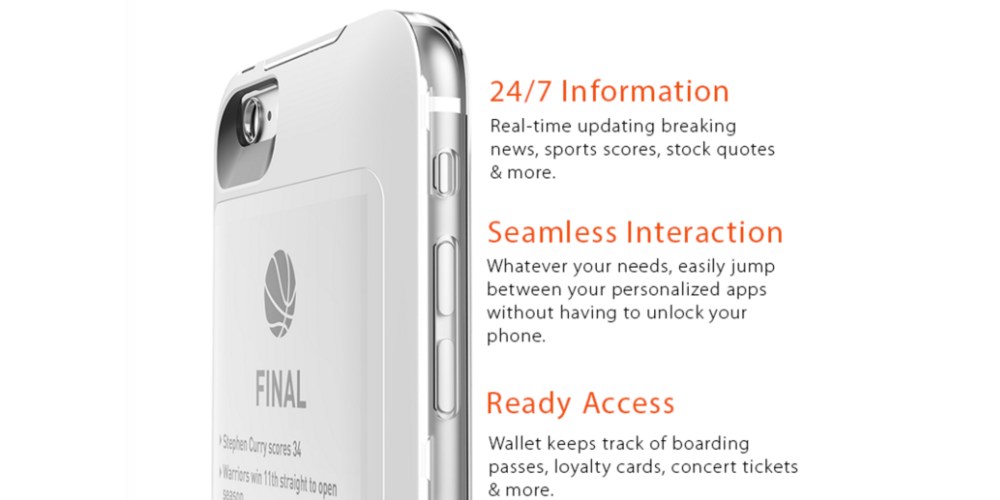 There are three built-in buttons just below that “shatterproof” e-ink display that switch between functions and notifications. The two arrows page through your feed while the stop icon is an action button for removing alerts or engaging content. Additional features include the ability to use the display as an e-reader and the creation of custom user-specific dashboards. All of this functionality is managed by popSlate’s free iOS app. 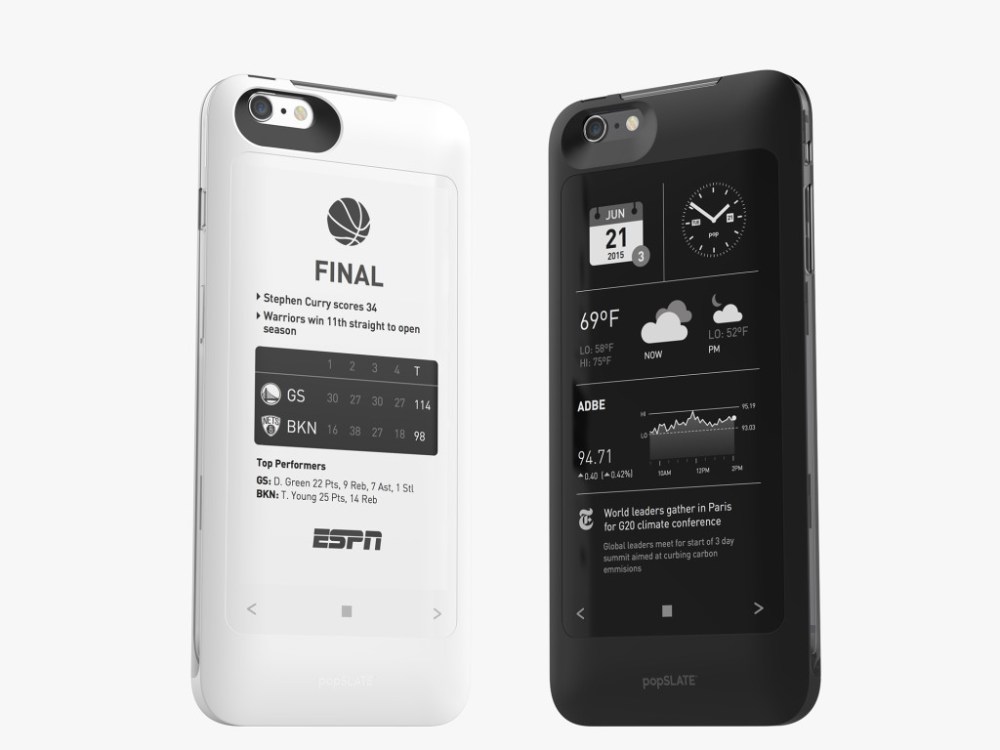 With 21 days remaining on Indiegogo, popSLATE has raised over $575,000. Unlike many other campaigns, there are only two funding options available: a pledge of $79 will deliver a case in July. For $149, you’ll be able to grab two.

The first generation model is still on sale at Amazon for $129. It is compatible with iPhone 6/s and has collected a 4/5 star rating since its release.