Over the past few weeks iPad Pro has finally begun to drop in price. While the majority of deals for Apple’s largest tablet have come from trusted eBay sellers, some mainstream retailers have also started to join the party. These significant price reductions may feel like Apple is paving the way for a new model to be announced during its upcoming media event, but that doesn’t seem to be the case. According to latest rumors, Apple is planning to announce iPhone SE, 9.7-inch iPad Pro and new Apple Watch accessories on March 21st. That means the current 12.9-inch iPad Pro is still a safe buy at this point.

The latest notable iPad Pro deal comes courtesy of Best Buy. Right now the retail chain is taking $100 off every configuration. However, you can save even more on a couple models if you go through eBay Daily Deals. Here’s the breakdown:

To create an iPad this huge, no detail was too small. From the way images are brought to life to its considerable versatility, we pushed every aspect of what’s possible with iPad to new heights. The end result, unmistakable the moment you begin using it, goes beyond a larger display. Unlike anything before it, iPad Pro is a far bigger experience. 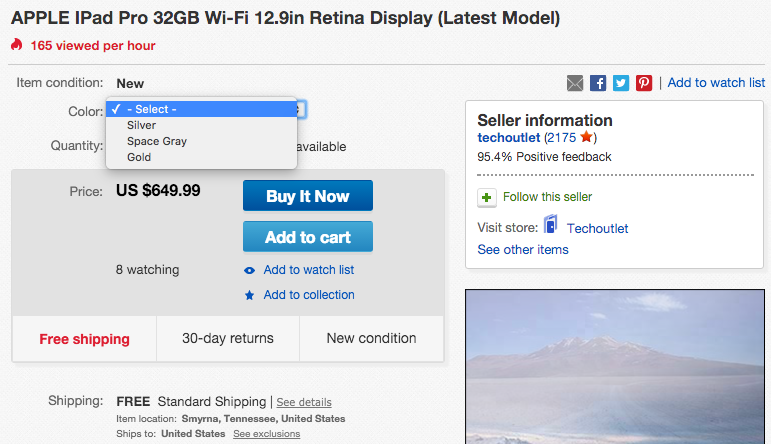 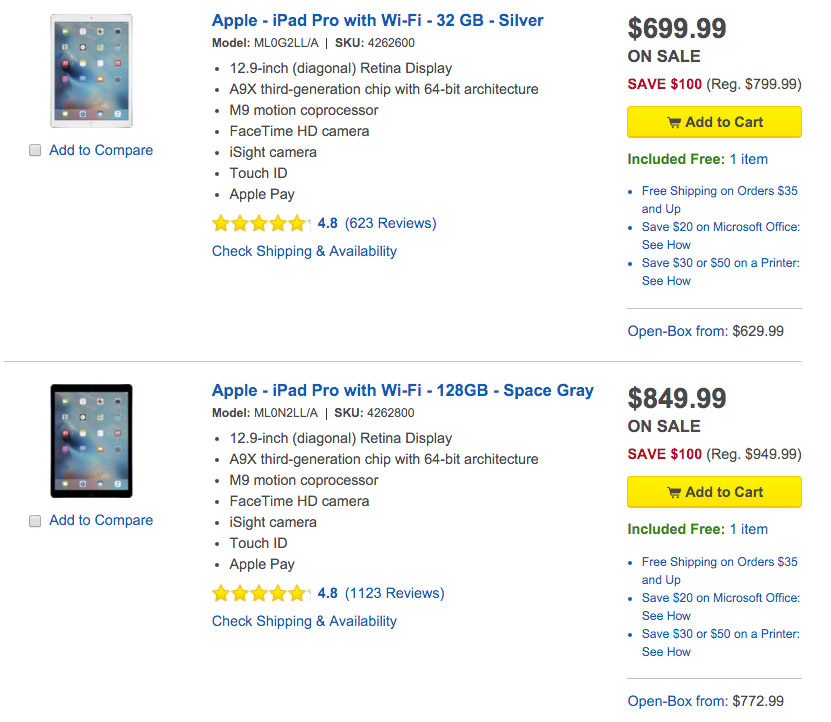